What Moving with A Pet Taught Me

My partner and I moved out of state with our dog. Here's what we learned. 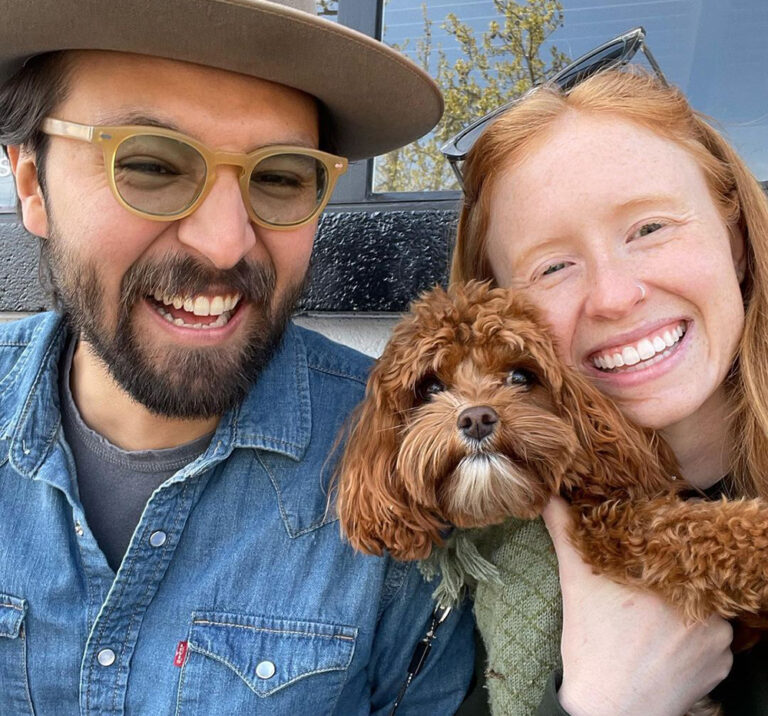 My partner and I got married in December 2019, just before the world came crashing down around us. Shifting jobs and three addresses later, it finally felt like our lives were getting into a rhythm we could count on.

Neither of us had ever had pets as adults, and the learning curve was pretty steep for a little while. But the world was opening up, and things were beginning to fall into a rhythm we could count on.

Until I lost my job and my partner quit hers. It was like some horrible deja vu. And amid the uncertainty, we did something that was probably not very smart, but we don’t regret in the slightest.

We decided to move out of state.

This is where it gets interesting…

Right off the bat, I have to admit a couple of things; our dog Fern is easy. And she’s small — 8 lbs sopping wet. Of course, this is not the case for everyone reading this, and I can feel the eye-rolls from across the ethernet as that boxer mix tears up a shoe just behind you. But these tips and tricks are not small-dog-specific. They’re not even dog-specific. These are for any pet parent who wants to make moving into a new home as easy and stress-free as possible for your four-legged best friend. And the first piece of advice I’d give is to prepare a…

A Pet Pack is your pet’s version of a road trip bag. When you take a more extended trip, you usually bring some snacks, water, some gum, a phone charger and something comfy like a hoodie or some sweats. Of course, your pet would love the same.

After taking long road trips with Fern, we found that there were things we wanted to have on hand instead of way in the back under a pile of other things. An easy-to-get-to pack complete with her favorite toy, a blanket, some food and treats, plenty of water and potty bags for when we need to take a pit stop. These familiarities will help your pet transition to a new home much more comfortably. You know, before the huge change. Speaking of which…

I am a creature of habit. I have roughly the same routine every day, with some exceptions thrown in to keep me from going crazy without meaning to. But, of course, not everybody is like this. Most pets are.

Pets thrive in a routine. There’s comfort in familiarity, whether a cat or dog, guinea pig or lizard. So when your pet’s world is tossed upside down in a new home entirely foreign to them, give them the gift of a familiar routine. Go through the same daily motions you usually would, even if it’s a little tricky at first. Walks and meals during the same times of day, same nightly routine before bed, same bathing schedule and so on. It also helps to throw in some extra…

Who doesn’t love a nice treat for doing something well? Maybe for you, it’s that daily iced coffee for making it through yet another half-day of the job you applied for and wanted so badly once upon a time. Maybe it’s your favorite show after working in the kitchen to prepare dinner. Or a new book after finishing your old one. When your pet moves into a new home, it can be strange at best and downright scary at worst.

Some of you may have a dog that stays up all night whining the first few nights or a cat that won’t leave the two-and-a-half-inch distance between your feet all day. On top of a familiar routine, help give this new and strange place a positive connotation in their minds with some treats and maybe even a new toy!

Now the most fun part (or maybe the most stressful part, depending on your pet!) — integrating them into their new neighborhood and letting your pet explore. Let your pet survey the new space unguided, meeting the neighbors on walks, making new dog friends at local parks, trekking to the nearest pet store and letting them have fun. In other words, allowing your pet to become part of the new neighborhood and letting it become part of them. This step will help the most long term. If you keep your pet in the familiarity of the house, they will feel coddled, but they will have difficulty truly integrating in the long run. Exploring the new world by their side will help strengthen trust in you and their environment. So don’t worry about the move! You and your best buddy will be just fine.