8 Reasons to Move to the Phoenix Area 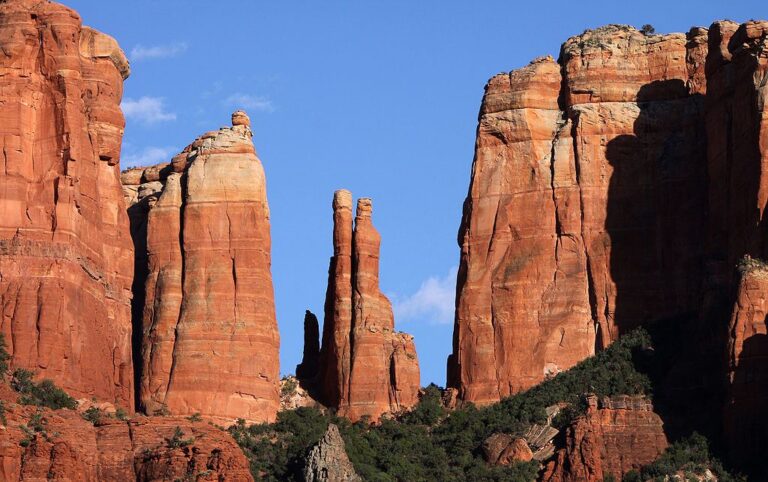 Any discussion of moving to Phoenix must begin with the city’s seemingly perpetual sunny and warm weather, a major draw for transplants looking to escape the cold, wet climes found in most other parts of the country. Phoenix boasts more than 300 sun-kissed days a year, so residents are rarely inconvenienced by the elements, which is why Phoenicians can often be found enjoying the great outdoors – cycling, swimming, hiking, rock climbing, fishing, and playing tennis or golf. In part, the unending sports and recreation opportunities explain why the Phoenix suburb of Scottsdale is on Livability’s Top 100 list of most livable cities, and why Tempe is fifth on Livability’s list of 10 Best College Towns.

1. Phoenix is a golfer’s paradise.

With more than 100 courses scattered throughout the metropolitan area – many of which wind through unadulterated desert landscapes – Phoenix is a golfer’s paradise. Among the top-flight courses are Troon North and Gold Canyon, as well as the Wildfire Golf Club at the JW Marriott Phoenix Desert Ridge Resort & Spa, the latter featuring a pair of championship layouts designed by golf legends Arnold Palmer and Nick Faldo. Considering the reliable weather and spectacular desert vistas, it’s no surprise that Phoenix is an annual stop on both the PGA and LPGA Tours, and also an attractive destination for the Champions Tour.

2. Phoenix represents in all four major pro sports leagues … and then some.

With a team in each of the four major professional sports leagues, there is no shortage of opportunities for Phoenix residents to take in a game. The Arizona Diamondbacks (MLB) and Phoenix Suns (NBA) call the downtown area home, while the Arizona Cardinals (NFL) and Arizona Coyotes (NHL) play in the nearby suburb of Glendale. The city is also home to the Phoenix Mercury (WNBA) and the Arizona Rattlers of the Arena Football League, not to mention Phoenix International Raceway, which hosts NASCAR races several times a year.

3. Phoenix is home to The Cactus League.

Locals and visitors alike have been enjoying spring training baseball in Arizona since 1947, and today 15 major league clubs take up residence in the Valley of the Sun (a moniker commonly used to refer to the Phoenix metropolitan area) each February and March to prepare for the upcoming baseball season. The teams use 10 stadiums, including the newest addition, 15,000-seat Cubs Park (est. 2014) in the suburb of Mesa.

4. Shopping in Scottsdale is a short drive.

The city of Scottsdale, which is 10 miles northeast of Phoenix, is widely regarded as the premier shopping destination in the southwest. For one, the decidedly upscale Scottsdale Fashion Square offers 240 shops, boutiques and department stores. But the downtown area is defined by the neighborhood of Old Town Scottsdale (a unique mix of modernity and the Old West), which features dozens of boutiques, art galleries and restaurants, as well as the Scottsdale Museum of Contemporary Art.

Though it may not be the first thing that comes to mind when one thinks of Phoenix, the city has a robust cultural scene. Two of the most highly regarded local attractions are: the Heard Museum, which is dedicated to the “sensitive and accurate portrayal of Native arts and culturesâ€ and features a dozen exhibition galleries, including one that includes all 22 of Arizona’s federally recognized tribal communities; and the 140-acre Desert Botanical Garden, which offers dramatic displays of cacti and includes 55 acres under cultivation.

6. Love food? Phoenix has lots of restaurants with diverse menus.

Transplant restaurateurs have imported some of the best food from other parts of North America. Consider, for example, Pizzeria Bianco, which was started by intrepid New Yorker Chris Bianco 25 years ago, and is now nationally recognized for its artisanal pizzas. Naturally, there are countless establishments where one can find inexpensive, authentic Mexican food, including Tee Pee, which attracts its share of celebrities and has been a local institution since 1958.

By itself, Tempe-based Arizona State University is a compelling reason to move to Phoenix, well-known for its attractive combination of excellent academics and top-quality student life. Notably, ASU is ranked No. 2 in the nation among up-and-coming schools in the 2015 U.S. News and World Report Best Colleges Rankings. ASU’s cutting-edge schools include the W.P. Carey School of Business, the Sandra Day O’Connor College of Law, the Walter Cronkite School of Journalism and Mass Communication, and the recently created School of Sustainability (est. 2006), which focuses on “finding real-world solutions to environmental, economic and social challenges.”

8. Phoenix makes a great home base for weekend vacations.