Skip to content
Home > Where to Live Now > Repatriating: Returning to the U.S. After Living Abroad

Repatriating: Returning to the U.S. After Living Abroad

These Americans moved abroad, then returned. 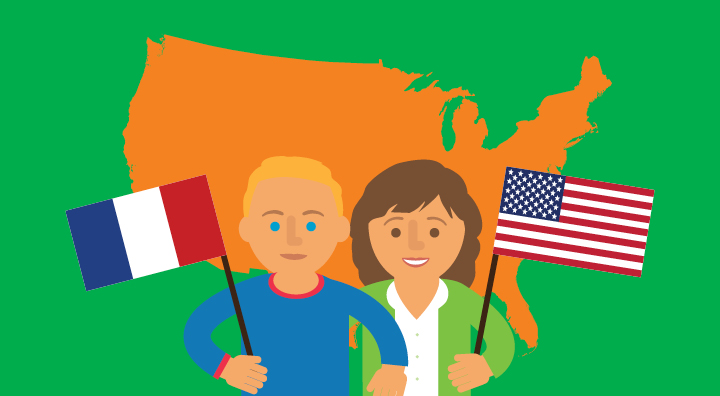 Thinking of moving abroad? You’re not alone. According to a 2015 survey by TransferWise, a third of Americans have considered it. Living outside the country can be a challenge, but for those expats who spoke with Livability, it was still a worthwhile adventure.

For Kate Hash, moving to Italy had long been on her bucket list. But it seemed like a far-off dream until she and her husband, Rob, managed to leave their day jobs in Louisville, Ky. and turn their digital communications business into a full-time freelance enterprise. That meant as long as they had an Internet connection, they could now do their work from anywhere.

“We realized it was really good timing to do something we really wanted to do, which was move abroad,” Hash says.

READY TO MOVE? Find the most affordable cities you’d actually want to live in.

How do you say ‘hammer’?

In 2011, they took a trip to Florence, where Hash had studied for a time in college, to look for apartments. Three months later, they boarded a plane and started their new life. Hash successfully applied for Italian dual citizenship, which ensured that she and Rob could stay in the country legally for the long term.

In a lot of ways, life in Florence was just how they had dreamed it. Balancing work and life was more effortless than it had ever been in America. They quickly became immersed in the tightly knit expat community, and through those contacts made plenty of Italian friends, too. At first, their clients were mostly across the ocean, but soon enough, their business relationships became mostly Italian. Hash, meanwhile, started writing a blog about her family’s experiences as expats and amassed a loyal readership.

The going wasn’t always easy, however. The slowness of Italian bureaucracy made something as simple as getting their names on gas and electric bills a hassle. And then there were the sometimes-unexpected challenges that went along with being non-native Italian speakers.

“There are days, weeks, months when you’re feeling really great about your language skills and then you find yourself in a situation where it’s brand new. I remember I walked into a hardware store and I didn’t know the word for ‘hammer’ or ‘nail,’” Hash says.

COLLEGE CREDIT: See who we picked as the Best College Towns.

Initially, the pair thought they might stay in Florence for a year. But after a year and a half in the city, Hash’s daughter Livia was born, and happy with the “nurturing environment” the community provided, they ended up staying in Florence past Livia’s first birthday. Eventually, the desire to introduce their daughter to their families drew them back to the United States in 2014.

“It is just as important to do a lot of planning coming back as it is going over. We did a lot of work deciding where to move, when to move, when [my husband] was going to go back to school and when was I going back to work,” Hash says.

Rather than return to Lousville, the couple decided to relocate to Chapel Hill, N.C., where Hash got a job at the University of North Carolina and her husband entered law school. Hash says it’s a great place to raise a family and pursue a career.

While they don’t have any plans to move back to Florence any time soon, the couple visited for a wedding in fall 2015, and Hash says the city will always feel like a home away from home.

“We hope Florence is a place we can go back to once a year and keep it a part of our lives,” she says.

Much like Hash, Megan DeAngelo left the United States for Florence unsure of what would await her. She’d graduated from Western New England University in May, and flew from Massachusetts on New Year’s Day in 2008 to live with three friends. Her only certain objective was to somehow come up with rent for the next six months, while her tourist visa was still valid.

The first few weeks it rained constantly, and finding work proved elusive. She was miserable. Things started to change, however, when the weather did. She and her friends found work as nannies, and DeAngelo also picked up a bartending gig. A few months later, through mutual friends, she met the Italian man she’d eventually marry. She loved Italy, but it still felt foreign.

DeAngelo ended up living in Florence for seven years. But unlike Hash, she spent a lot more of her time worrying about how to stay in the country. When her first tourist visa expired, DeAngelo flew back to Massachusetts for the summer, then came back to be a full-time nanny for an American family. But after a few months, she had to come up with another legal solution in order to remain. That — and her desire to finally get her language skills up to par — led her to enroll in an Italian degree program through Middlebury College, which she undertook in Florence.

After graduation, DeAngelo started looking for full-time work and was able to land a job with a wine company that got her a visa. During that time, she became a dual citizen. Eventually, though, she and her husband started thinking about moving to the United States.

“We loved Italy and I still do. We were just looking to live in a city that was a little younger with a little more action. My husband was born and raised in Florence and he was ready for a change as well,” she says.

The couple married in Italy and then, in April 2015, moved to Boston, not far from DeAngelo’s family. Despite some initial reverse culture shock, DeAngelo says life back in the U.S. has provided just the sort of change she needed. She found work as a tour operator and her husband, a fluent English speaker, has adjusted well. Florence is still on their minds, and one day, she says, it could be an ideal place to raise a family.

“It might just be a matter of time,” she says.