Skip to content
Home > Where to Live Now > What Are The Fastest Growing Cities for Retirees?

What Are The Fastest Growing Cities for Retirees?

These cities had the largest gains of residents 62 and over since 2009. 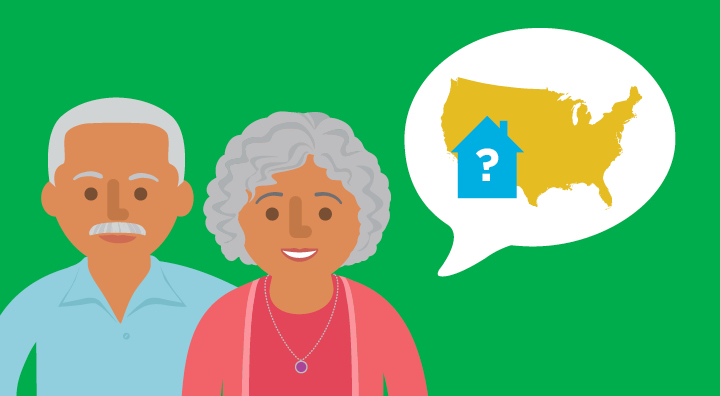 How fast is our oldest segment of the population growing?

Think about this. Every minute the country’s population of residents 65 and over grows by nearly three people. That’s more than 4,000 a day; 28,000 a week or nearly 1.5 million a year.

The rapid growth of the retiree population is, for the most part, spread across the country, but there are places which have experienced a faster rate of growth than others. To identify the fastest growing populations of retirees we analized recent Census data, which provided demographics from 2009 to 2013. You’ll find our discoveries in the infographic below, but first take a look at the city with the fastest growing population of retirees – Henderson, NV.

Located just minutes away from the famous Las Vegas Strip is Henderson, NV a jackpot city for retirees. Henderson’s population of residents age 62 and over grew by 10,184 between 2009 and 2013, according to the U.S. Census Bureau. That’s a nearly 25 percent jump in just four years.

Henderson has a history of providing recreational and housing services for its senior population, including age-restricted communities. Seniors make up more than 22 percent of Henderson’s total population and have been a highly engaged segment when it comes to politics and community engagement. This has resulted in many amenities and facilities that older residents can enjoy.

“Seniors get out and vote,” says Stephanie Garcia-Vause, director of community development and services for Henderson. “Our senior communities come to the voter polls in strong numbers. Seniors often time have the time to get involved in giving back to the community and we see them involved in many city boards and commissions.”

Among the newest retirement communities in Henderson are places like Heritage at Cadence which offers homes to residents 55 and over starting in the low $300,000s. Located near Lake Mead, Henderson offers a colorful desert landscape flanked by nearby mountains with snowcapped peaks. Many seniors choose to relocate to Henderson to take advantage of tax breaks. Nevada has no state income tax and Henderson has the lowest property tax rate in Southern Nevada, with some housing costs that are relatively low compared to places like Phoenix and especially homes in Southern California.

The city’s two senior recreation centers offer areas to workout, take classes and eat. Community leaders in Henderson make efforts to bridge generations with facilities and events, such as the Multigenerational Center and Aquatic Complex, a first of its kind in Southern Nevada. The facility was designed to bring people of all generations together, with a demonstration kitchen, jogging track, adult lounge and dance room.

A low crime rate, ideal weather and strong community support for seniors continues to make Henderson an attractive destination for retirees. City officials see that population growing in the next few years.

“Our demographer forecasts that our population of residents who are age 62 and older will increase during the next five years,” Garcia-Vause says.

Take a look at our infographic for more a look at how fast the retirement population is growing.