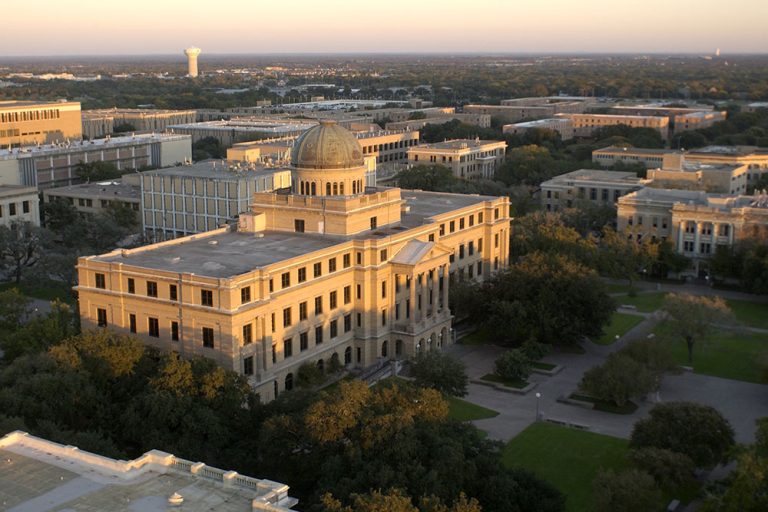 With a population of nearly102,000, College Station, was named the second-fastest growing city in the country in 2014, and it’s easy to see why.

A warm climate, low unemployment rate, low property taxes and housing costs, safe neighborhoods, highly rated public schools and access to quality health care are a few of the qualities attracting relocating families. Add to that, small-town charm with easy access to the big-city amenities of Dallas, Houston and San Antonio, and it becomes apparent why College Station is one of the most livable cities in America. Here’s a list of reasons why you should consider moving to College Station.

One of the country’s largest public universities, Texas A&M University is a member of the powerful Southeastern Conference, making big-time college sports a major local attraction. The $450 million renovation of Kyle Field makes the home of the Aggies’ ’12th Man’ the biggest stadium in the SEC with 102,500 seats.

2. History in the Making

“In 2013, College Station celebrated the 75th anniversary of its incorporation as a city,â€ says Colin Killian, communications manager for the City of College Station. “The community’s origins go back to the founding of Texas A&M, which opened in 1876 as the state’s first institution of higher education. The area was designated as College Station, Texas by the Postal Service in 1877, with the name derived from the train station located west of the campus.”

Texas A&M’s international influence supplies a healthy diversity of race, culture and nationality. The university’s triple designation as a Land, Sea and Space-Grant Institution attracts a broad scope of research initiatives with ongoing projects funded by agencies such as NASA, the National Institutes of Health, the National Science Foundation and the Office of Naval Research.

The George Bush Presidential Library and Museum is one of the region’s most popular tourist attractions with more than 125,000 annual visitors. Former President George H. W. and First Lady Barbara Bush call College Station their second home and are often seen around town.

Killian says the renovation and expansion of several city facilities, including the public library and the Lincoln Recreation Center, are examples of pending additions to the city’s roster of amenities.

“Massive development is occurring across the city, including the University Drive Corridor, the Medical District and the Tower Point area, with many new restaurants, hotels and other businesses under construction,â€ he says. “A playground designed for special needs children is also planned as an addition to Stephen C. Beachy Central Park.”

College Station worked closely with Texas A&M and the city of Bryan, to develop the Research Valley Biocorridor, a high-tech research area that places the community at the epicenter of the burgeoning biotechnology industry in Texas.

“In 2012, Texas A&M received a $286 million federal contract for the Center for Innovation in Advanced Development and Manufacturing, which creates a variety of vaccines,â€ Killian says. “In the next 25 years, the center is expected to create thousands of jobs across Texas, and the university’s rapid growth has also produced significant retail and residential development opportunities.”

Whether taking in a performance of the Brazos Valley Symphony Orchestra or a showing at one of the city’s many art galleries, College Station’s cultured citizens are sure to find a number of artsy offerings. Texas A&M also offers a host of opportunities to soak up the arts, including at the SC Forsyth Center Galleries, the Wright Gallery and the MSC James R. Reynolds Student Gallery.