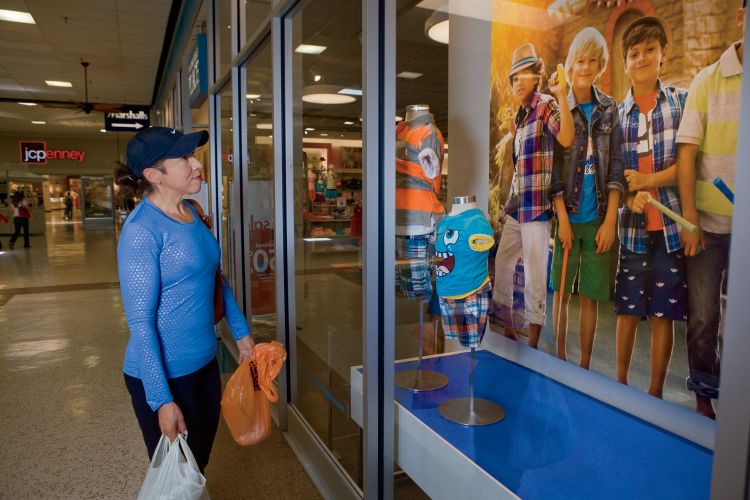 One of Del Rio’s prime economic strengths is its close location to Ciudad Acuna, Mexico, which is 6 miles away. The city of Del Rio owns and operates the International Bridge a safe and efficient border crossing open twenty four hours a day. As businesses strive to remain competitive in the global economy, many of them see Mexico as a prime location for manufacturing because of its proximity to the continental United States and its less-expensive market for labor. These businesses have established manufacturing plants throughout Mexico called maquiladoras, and they are especially located along the Mexican border with the U.S.

The city’s proximity to the Ports to Plains Trade Corridor makes distribution easy with land and air transportation nearby, including the Union Pacific Sunset Line. Three of the nation’s 10 largest cities – Houston, San Antonio and Dallas – are less than five hours away.

The Plaza Del Sol Mall is comprised of nearly 50 stores, including such well-known retailers as JCPenney, Bath & Body Works and Rue21, to name a few. In addition to these retailers, Plaza Del Sol features the Cinemark Movies 8 movie theater and convenient dining establishments like Applebee’s Neighborhood Grill and Bar and International House of Pancakes. Plaza Del Sol suits any consumer’s needs with more than 1,200 parking spaces and a wide variety of retailers ranging from Hibbet’s Sporting Goods and Zales to Foot Locker and Claire’s.

As the home of the 47th Flying Training Wing, Laughlin Air Force Base trains some of the best pilots in the world. With 165 buildings and three runways covering 4,500 acres of land, Laughlin is Del Rio’s premier employer. In fact, Laughlin directly employs more than 2,600 individuals and provides employment to about 1,400 other individuals indirectly. Cumulatively, these employees draw an annual payroll of about $96 million. Given Laughlin’s proximity to Del Rio, Laughlin conveys an impressive economic impact to Del Rio and other nearby municipalities of approximately $217 million.