These larger-than-life people, products, and brands all got their start in the Lone Star State. 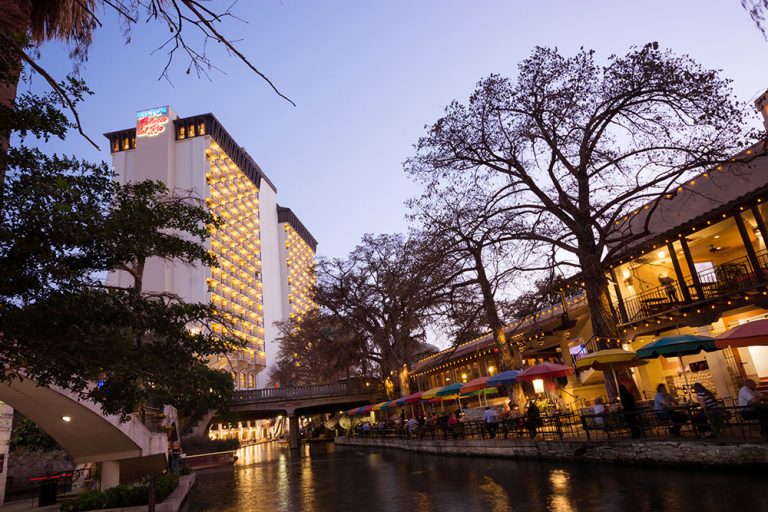 It’s arguably the most famous catchphrase associated with the Lone Star State. Some might argue “Don’t mess with Texasâ€ is more recognizable. But another word rightfully associated with Texas is “bold,â€ as in Dallas-Cowboys-owner-Jerry-Jones bold, or my-name-is-Willie-Nelson-and-I’ll-smoke-a-doobie-wherever-I-please bold.

Either way, innovation takes boldness. So it only makes sense that, in a state renowned for being bigger, both the boldness and innovation of its people have created some of the most lasting brands of all time.

What follows are the nine biggest.

Beginning with Willie Nelson and Buddy Holly–born in Abbott and Lubbock, respectively–Texas has given us more than its share of exceptional and unique musical acts. The classic rock trio ZZ Top comes to mind, as does one of rock and roll’s first female superstars, Janis Joplin. You can’t forget bluesman Stevie Ray Vaughan either, a legendary guitarist and singer-songwriter who was featured in the aforementioned “Don’t Mess With Texasâ€ ad campaign, and died in a tragic helicopter accident in August 1990 at the age of 35.

Texas is known for its Tex-Mex (Mexican-American) dishes, as well as Texas barbecue, the latter of which is often served with Texas toast, a thickly-sliced piece of white bread (again, everything is bigger). Less well known, perhaps, is that San Antonio was the birthplace of Fritos, which were created and popularized by confectioner Charles Elmer Doolin, who envisioned them–along with his other famous creation, Cheetos–as a side dish for soups and sandwiches. Who knew they’d one day become full meals for certain individuals? (No, not me. I promise.)

Most people have heard the story of how Atlanta pharmacist John S. Pemberton created Coca-Cola. But it was a year earlier, in 1885, that Waco pharmacist Charles Alderton developed a uniquely-flavored carbonated beverage that would later become known as Dr Pepper. Today, you can now visit Waco’s Dr Pepper Museum, which opened in 1991 and has attracted more than one million visitors in that time.

Much like Pemberton and Alderton, Robert Rauschenberg (1925-2008) envisioned himself making a living as a pharmacist. Then he discovered his artistic talents while in the Marines and subsequently went on to become one of America’s most inventive and distinctive visual artists, best-known for his (all white) White Paintings, as well as his “combines,â€ which incorporate non-traditional objects and materials.

Two of the most accomplished and respected journalists of the twentieth century spent their formative years in Texas. Walter Cronkite may not have been born in the state but he was raised in Houston and went on to study at the University of Texas before serving as the anchor for the CBS Evening News for nearly two decades. Notably, it was another Texan, Dan Rather, who succeeded Cronkite as anchorman on CBS’s nightly news program.

The 10 Best Things to Do in Texas

Few may recognize the name, but Mildred “Babe” Didrikson Zaharias is generally regarded as one of the greatest female athletes in history. Though her many accomplishments are too numerous to name here, she was a three-time All-American basketball player and also won multiple gold medals in track & field at the 1932 Olympic Games, establishing new Olympic records in the process. Yet, as if that wasn’t enough, golf turned out to be her strongest sport, winning 17 consecutive amateur tournaments before turning pro, and earning victories in all the professional championships at least once. *Slow clap*

Born in El Paso in 1921, Gene Roddenberry was a WWII Army Air Corps pilot before he moved to Los Angeles to become a television writer and producer. He is most famous for creating Star Trek (1966-69), in which the mission of the U.S.S. Enterprise was to “boldly go where no man has gone before.â€ Subsequently, Star Trek‘s original cast would appear in six feature-length films (helping to spawn Star Trek: The Next Generation), and Roddenberry would go on to be the first writer/producer to earn a star on the Hollywood Walk of Fame.

“When Conrad N. Hilton opened the first Hilton hotel to bear the Hilton name in 1925, he aimed to operate the best hotel in Texas,â€ notes the History & Heritage page on Hilton Worldwide’s official website. Conrad went on to do much more than that. Almost a century later, the company and its thirteen global brands operate more than 4,600 hotels and 750,000 rooms, in more than 100 countries and territories. About how many extra towels is that?

Around the same time Hilton was getting its start, the Dallas-based company that is now known as 7-Eleven pioneered the concept of the convenience store, selling ice, bread, milk, and eggs (before adding many other products in later years). Of course, 7-Eleven’s best-known creation is the Slurpee, a popular semi-frozen carbonated beverage that was originally referred to as an “Icee.â€ Today the company boasts more than 56,400 stores in 18 countries around the world. Another fun fact? A new store opens somewhere in the world every two hours.