Waco has experienced a revitalization, with more to do and see than ever before. 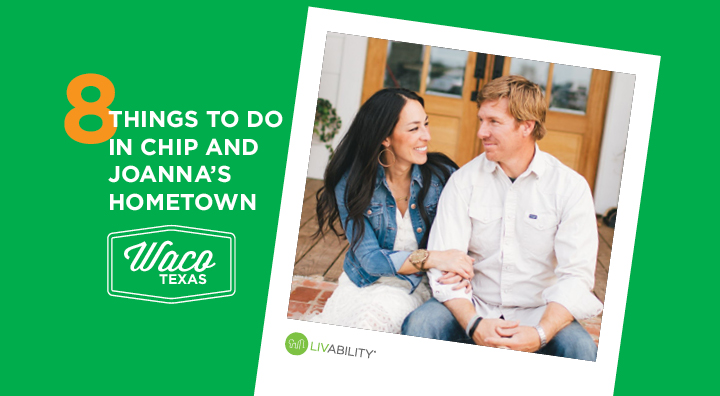 Located along the beautiful Brazos River, nestled between Dallas and Austin, Waco, Texas, is in the heartland of the Lone Star State. Waco is home to Dr. Pepper, Baylor University, a national monument and two of HGTV’s biggest stars, local entrepreneurs Chip and Joanna Gaines.  Thanks to these fixer-uppers, Waco has experienced a recent revitalization, drawing more sightseers than ever before. The couple has helped Waco’s real estate market soar. So, if you’re visiting Waco, what should you do? See below for a short list of attractions and activities in the great city of Waco.

Shop and Lunch at Magnolia Silos

If you’re a fan of HGTV’s Fixer Upper and you’re hungry, Magnolia Silos is the perfect place for you. This more than 50-year-old deserted grain barn and silos were recently transformed into a home décor-shopping mecca, complete with its own food truck park with up to 10 different food trucks shelling out goodies during the afternoon.  It’s one of the best places to shop in Waco.

Check out the Baylor University Campus

Founded in 1845, Baylor is the oldest operating university in the State of Texas, boasting more than 15,000 students from 89 countries. Known for its Division One athletics, the 1,000-acre campus is situated along the beautiful Brazos River.

Officially established as a National Monument in 2015, this park represents the nation’s only recorded discovery of Columbian mammoths. Explore a 100-plus-acre stretch of wooded parkland along the Bosque River, where you can see a variety of uncovered fossils including female mammoths, a bull mammoth and a camel that lived 67,000 years ago.

Chip and Joanna Gaines hit the HGTV scene in 2014, buying and fixing up shabby and derelict houses in Waco. Their Fixer Upper show became a resounding hit and put a big spotlight on the city and surrounding suburbs of Waco. Be sure to check out Chip and Joanna’s many ventures in Waco including Magnolia Market, Magnolia Silos and, if you’re in the market for a home, Magnolia Homes. You might just get a chance sighting of the couple. Fingers crossed!

Waco is home to the unique soda known as Dr. Pepper. A young pharmacist by the name of Dr. Charles Alderton created the beverage in 1885, making it the oldest major soft drink in America. The museum, housed in a 100-year-old bottling and manufacturing plant, includes countless exhibits dedicated to the history of soft drinks. Stop in during Happy Hour and enjoy the custom soda fountain.

Enjoying a farmers market in February is a perk of living in Waco. The Waco Downtown Farmer’s Market is open year-round on Tuesdays and Saturdays. It boasts a variety of agricultural and artisan vendors who come from within a 150-mile radius of Waco.

Float Along the Brazos River

The Brazos River, the longest river in Texas, flows right through Waco. You can enjoy the river in many ways; whether it’s fishing for catfish, taking in the sights via kayak or hopping on the Waco River Charters yacht for a sunset, full-moon or daytime cruise.

If you’re a sports nut, you will love the Texas Sports Hall of Fame. This 35,000-square-foot attraction provides an interactive tour of Texas athletics and spotlights more than 300 Texas sports legends.