7 Things Only Locals Know About Houston

Thinking of moving to Houston, TX? Here's what you need to know to be a Space City insider. 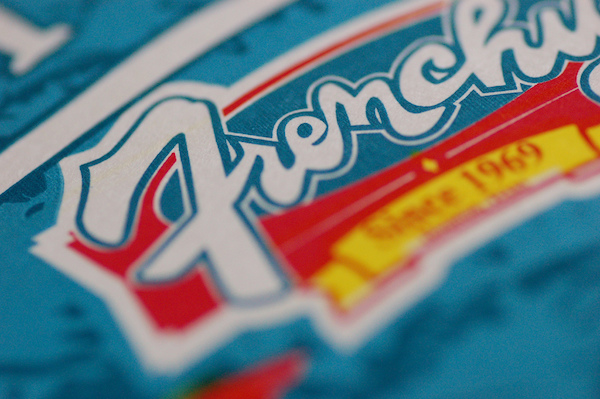 Courtesy of morganfweber under a

This article was produced in partnership with United Van Lines.

From freeways to fried chicken, locals will tell you everything is bigger and better in Houston.

Thinking of moving to Houston yourself? Here are a few other things you should know to look and sound like a true Houstonian.

1. You’re Either In or Out of the Loop

Interstate 610, known by Houstonians as The Loop or The 610 Loop, forms a 38-mile circle around the city center. Residents will often give directions or refer to their homes or businesses based on whether they are inside or outside of “the Loop.” If you live within the I-610 freeway, you’re considered an “inner looper.” Translation? A hip urbanite. And if you live outside the Loop, you are considered more suburban.

2. Houston, We Don’t Have a Problem

Before Houston became Space City (the city earned the moniker when NASA decided to locate its Manned Aircraft Center, later named the Johnson Space Center to Houston); before an R&B group declared the city H-Town; and even before the 1994 NBA Champion Houston Rockets deemed it Clutch City, Houston was known as Bayou City for the 10 different waterways that flow through the area. The battle for the state’s independence was fought and won on the banks of Houston’s Buffalo Bayou, and the nickname continues to be an important part of the city’s past and future.

Wondering where to find the best neighborhoods in Houston? First, you need to learn the vernacular.

Like its neighbor New Orleans, Houston is divided into wards, rather than neighborhoods. The ward system in Houston began in 1837 when founders divided the city into geographical voting districts similar to current city council districts. Originally, the city consisted of four wards, but today, there are six wards, each with its own distinct culture and personality. The First Ward, for example, is close to downtown and boasts a thriving arts district. The Second Ward is one of the city’s most diverse with a large Mexican American population, and the Third Ward is famous as the neighborhood where Beyonce Knowles Carter grew up.

Before Houston’s professional baseball team became the World Series-winning Astros, it was named the Houston Colt .45s. And yes, the team was named after the “gun that won the west.” After the team was accepted into Major League Baseball, the owners launched a contest and asked fans to help name the team. The name didn’t stick, however. It was changed to the Astros a few years later to reflect the city’s emerging space industry but you can still see residents sporting vintage Colts memorabilia.

5. A Road by Any Other Name

Houstonians love to give their highways and freeways nicknames, which can be confusing to visitors seeking directions. In addition to the Loop (Interstate 610), Houston’s intricate interstate highway network includes the Beltway 8, a.k.a. BW8 a.k.a. the Sam Houston Highway a.k.a. the Sam Houston Tollway, an 83-mile state highway that circles the city; the Gulf Freeway (Interstate 45), which runs from Houston to the Gulf of Mexico; and the Katy Freeway (Interstate 10), which can take you from Houston west to Los Angeles and east to Jacksonville, FL.

You’re probably not a true Houstonian if you haven’t made at least one trip to the Waugh Drive Bridge, affectionately known as the bat bridge for the colony of bats nesting in the bridge’s crevices. When the creatures emerge just after dusk, it is truly an awe-inspiring sight to see. Locals know to arrive at least 30 minutes before sunset to grab the best view and that late summer is the best time to see the most bats. Volunteers from area organizations, including the Houston Parks & Recreation Department, the Texas Parks & Wildlife Department and the Bayou Preservation Association, host Bat Chats on the first and third Fridays of each month.

7. Gotta Get Some Frenchy’s

Forget the Colonel. Forget Popeye’s and Bojangles. For the best Cajun fried chicken in town, you have to go to Frenchy’s. Established in the late 1960s by Frenchy Creuzot, the tiny walk-up restaurant is just a few blocks from the University of Houston but attracts fans from all over town who gladly stand in long lines for a taste of perfectly seasoned chicken, collard greens and red beans and rice.

This content was produced in partnership with United Van Lines.