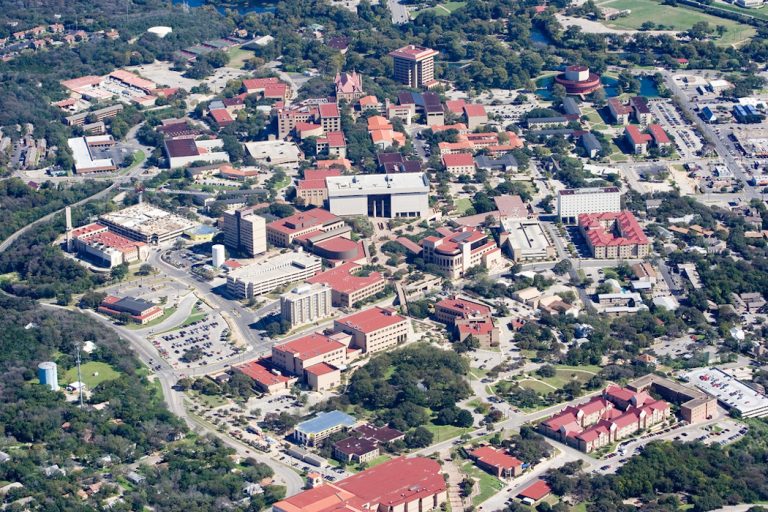 A diversity of businesses is a key reason why the economy of San Marcos remains strong, with successful sectors such as education, retail, manufacturing and healthcare. Here are some examples:

With a goal of providing customers with favorite designers and big-brand stores, Tanger Factory Outlet Center employs about 1,500 people who work at 160 stores. Shoppers have many choices for apparel, jewelry and footwear, including Adidas, Crocs, Disney Store, Eddie Bauer, Old Navy, Seiko and Timberland.

More than 1,100 individuals work for the San Marcos Consolidated Independent School District, overseeing nine schools and an enrollment in excess of 10,000 students. The geographically large district encompasses 210 square miles and welcomes students from Hays County as well as neighboring Caldwell and Guadalupe counties. Several advanced academic programs are taught at all schools.

With a population of 160,000 residents, the Hays County government has a workforce of 850 who serve 11 individual communities, including the county seat of San Marcos. Hays County features a number of departments such as roads, police, courts, health, and parks and recreation.

One of the largest irrigation manufacturers in the world is Hunter Industries, which makes irrigation products such as controllers, rotors, rotary sprinklers, spray head sprinklers, nozzles and valves that are primarily used in landscaping and golf course industries. A total of 650 workers are employed at the San Marcos facility.

More than 650 employees work for Central Texas Medical Center, a 140-bed general medical and surgical hospital. CTMC welcomes about 35,000 patients to its emergency room each year, and 4,000 people are admitted annually as inpatients. The hospital’s surgical team performs approximately 3,500 surgeries per year.

About 500 people in 25 departments are employed with the City of San Marcos. Among the departments is the city-owned San Marcos Regional Airport along with sectors such as police, library, transit, animal services, environmental health, and Women, Infants and Children.