Tyler might be located less than an hour outside the major cities of Dallas and Fort Worth, but it has established an economy all its own – and it is growing. 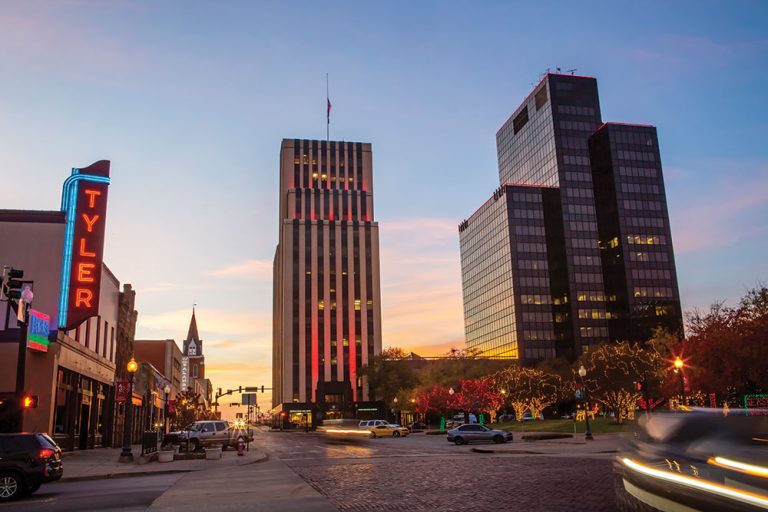 Scott Martinez is quick to credit Tom Mullins, who retired after more than three decades at the helm of the Tyler Area Chamber of Commerce and Tyler Economic Development Council, for the great job he did generating economic development in Tyler and Smith County.

“I’m only the second person to ever have this CEO position since its inception in 1989,” says Martinez, who was named the new president and CEO of the Tyler Economic Development Council and CEO of the Tyler Area Chamber of Commerce in July 2020. “The Tyler job was attractive to me largely because of the strong organization that Tom built.”

A native of Mississippi, Martinez earned a master’s degree in economic development from the University of Southern Mississippi and began his career in economic development in the late 1990s. Prior to Tyler, he spent the last 7.5 years serving as president of the North Louisiana Economic Partnership, which covers 14 parishes over 11,000 square miles.

“Tyler has many positive assets that are conducive to sustainable economic development, and the main thing – our secret sauce – is the availability of workforce training and education.”

An Economy All Its Own

When it comes to his new community, Martinez notes that Tyler is something special.

“Tyler has many positive assets that are conducive to sustainable economic development, and the main thing – our secret sauce – is the availability of workforce training and education,” he says. “More than 22,000 college students are enrolled in Tyler, and companies notice that.”

Plus, he sees a bright future for Tyler, thanks to the area’s strong public and parochial schools, the continued investment in the region’s infrastructure and the collaborative relationship between city and county officials and the private sector.

“We are also one of only two metropolitan statistical areas in Texas that is getting younger, and Bloomberg ranks us No. 4 in Texas in percentage of income growth,” he says.

While Tyler is located less than an hour outside the major cities of Dallas and Fort Worth, Martinez says Tyler has established an economy all its own, and it is growing.

“We are the capital of East Texas – the region’s hub for health care, education and retail, and our attractive job market causes our daytime population to swell to 250,000 people,” he says. “And with our population now approaching 110,000, more national and international companies are showing interest.”