New Developments in Tyler, Texas, Are Transforming the Region

A new design plan is underway to shape the future of the Tyler region. 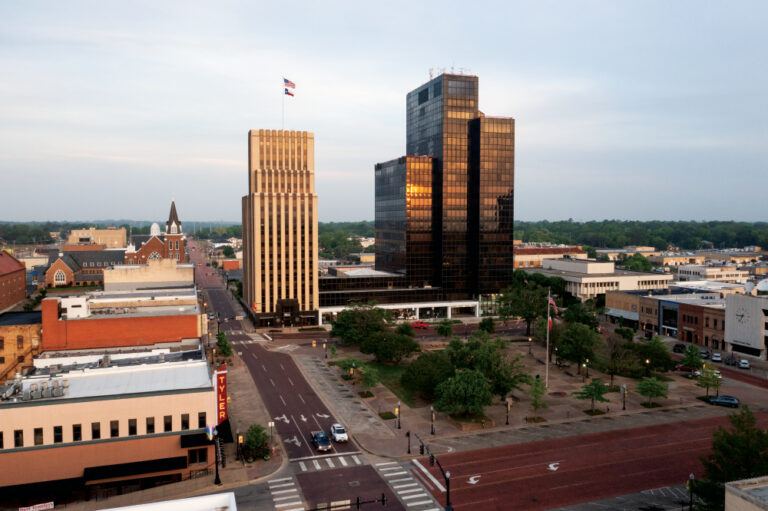 For more than three decades, the community has worked to create an even better Tyler, and it’s not slowing down.

In fact, residents, businesses, property owners, the city and the county are collaborating now more than ever on a cohesive design plan that’s meant to create public spaces and pedestrian/bicycle-friendly areas as well as enhance existing streets, green spaces and plazas.

Planning for the Future

Conversations surrounding the plan began in July 2021, when the community invited Toole Design, a company that works to design and build safe, efficient and sustainable transportation systems, to Tyler.

Since then, the City Council approved a consulting contract with Toole Design in January 2022, and the firm is working with the community to finalize a plan over the next six to seven months, says Tyler Main Street Director Amber Verona.

While the plan focuses on making Tyler a more attractive, mobilityfriendly community, it also considers the region’s long list of current and future developments.

“We wanted to make sure we weren’t going to piecemeal our projects to something that wasn’t going to be cohesive or truly what the long-term and current needs for our community were,” Verona says.

East Texas Offers Businesses a Wealth of Resources to Tap

On the city’s east side, plans are in the works to replace Smith County Courthouse, which has been in use since 1955. Over the last 20+ years, several studies have been done, finding that a new courthouse is needed to accommodate the safety, logistics and future needs of the county’s judicial system.

While proposals for a new courthouse have been discussed in Smith County’s Commissioners Court over the years, there has not been a chance for a public vote, according to Judge Nathaniel Moran. Moran, however, plans to ask commissioners to put it up for a vote on the November 2022 ballot.

“What we’ve done is simply put together a plan that best represents what we’ve heard from the public is what they want,” Moran says. “We want to present that plan and give them the choice, at the end of the day, to vote yes or no.”

Construction is underway to replace Harvey Convention Center, which was built in the early 1970s.

Now, the city is working to turn Tyler into a convention destination, creating the $28 million Rose Complex, a convention campus. The campus will be made up of the W.T. Brookshire Conference Center, indoor and outdoor venue space, a football and baseball field, the East Texas State Fairgrounds and the Mayfair Building, which has held multiple concerts and events throughout the years and will soon be revitalized.

The first phase of the plan, which includes the construction of the new convention center, is expected to be finished by October 2022.

“I think it will have a tremendous impact,” Lee says. “We anticipate it being very strong because we’re in need of this regional destination, so we’re meeting a need that is very great. There’s a lot of demand for it.”

Adaptive reuse is happening all over downtown. Involved in many of the developments is Bergfeld Realty Co., which purchases, renovates and manages properties as well as represents buyers.

Two main projects in the works now include renovating the old HG2 building into The Thomas Hotel, which is expected to open in June 2022, and the old Union Bus Station, which will be made up of a boutique hotel with nine rooms as well as retail space. It is expected to be completed by March 2023.

“There’s a history to be told down here, and each one of these buildings represents an era, almost, of our city, and to have these being renovated and put back in use but continue to have the bones of the history of our community – people like it,” says Bergfeld Realty President Andy Bergfeld.

Get to Know Tyler

Want to learn more about living and working in Tyler, TX? Check out the latest edition of Livability Tyler, Texas.