How Breweries in This Texas Town are Crafting a Community 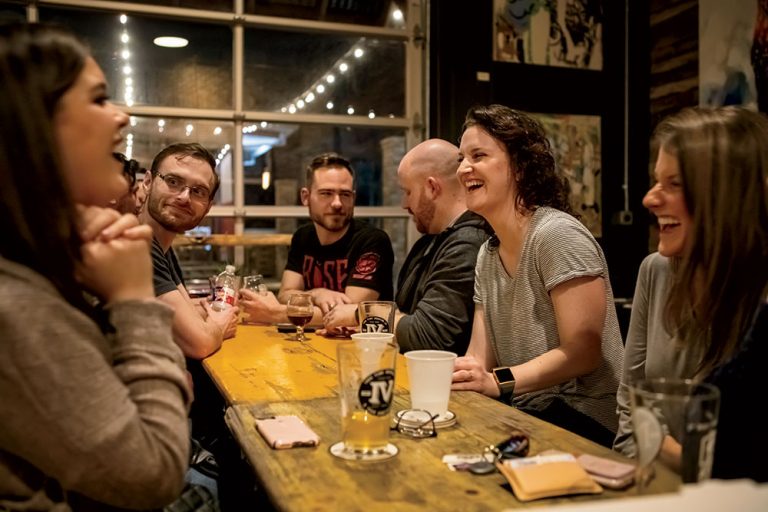 Husband-and-wife team Ryan and Traci Dixon launched True Vine Brewing Company in their Tyler garage with the goal of creating great craft beer and something more, a business that contributes to the city’s prosperity and to the well-being of the community.

By all measures they have succeeded spectacularly as the brewery has grown, attracted new investment in the neighborhood around it and offered support to charitable causes.

“Anyone can make a good beer. It’s the care of those around you and providing a place that everyone feels they belong that elevates a good brewery to a great brewery,â€ says Jared Chacon, True Vine’s marketing director.

True Vine, the first craft brewery in Tyler, began in 2011 when the couple and their friends began brewing beer in their garage. With a move to a warehouse on the west side of town, True Vine began selling its Rose City Pale Ale to five accounts. The brewery opened to the public in March 2014.

The founders’ commitment to the community continued. Ryan Dixon was inspired by “The Search for God and Guinness,â€ the biography of the Guinness family that recounts how the family used their brewery in Ireland as a place for the community.

“True Vine’s name is twofold. Ryan and Traci Dixon started the company in their home garage located on Vine Street here in Tyler. It is also a reference to the words of Jesus Christ in John 15:1. ‘I am the true vine.’ The name stands as a reminder to do all things, in life and business, with integrity and love,â€ says Chacon.

“The Dixons wanted to bring that same care of a city to Tyler,â€ says Chacon. “For everything we do, we ask ourselves, ‘How will it benefit the local community? How will it help a nonprofit?  How will it bring people together? How will it boost the current small businesses and artists and musicians in our area?’â€

True Vine was soon producing 310-gallon batches of beers with colorful names such as Rose City and Mermaids & Unicorns. Canning came next, allowing the brewery to reach customers across East Texas. The labels were designed by local artists. In search of more space, True Vine relocated in 2018 to its current location on Earl Campbell Parkway.

Today True Vine employs 18 people, including office and brewery staff as well as taproom bartenders who serve beers including Round Table, Daddy’s Juice Box and others. True Vine has a winery license and also serves root beer and other nonalcoholic beverages.

Naming each handcrafted beer requires a bit of thought and, naturally, time spent savoring a glass.

“Each beer has a unique story behind the name. Beers are named through a collaborative effort between the brewers and marketing team. Typically, we sit and drink the new beer together, discussing all the different flavor aspects of it and the reason we made the beer in the first place. Sometimes a name comes easy, and other times nothing sounds right, but in the end we always come up with something that just seems to fit the beer,â€ says Chacon.

True Vine’s new location has room for expanded production, music and food served by in-house partner Sola Bread, which offers salads, pretzels and wood-fired pizza. Guest food trucks occasionally drop by. The space is family friendly, with park areas for kids and dogs to run and play. The facility is available for rent as an event space.

Other businesses are also staking a claim in the area, too.

“There are several new businesses being added to our area, including a coffee shop, a workout studio and more. We are excited to be a focal point for the growth of small business in Tyler,â€ says Chacon.