Provo, Utah, boosts high-speed Internet for its residents with the Google Fiber network. 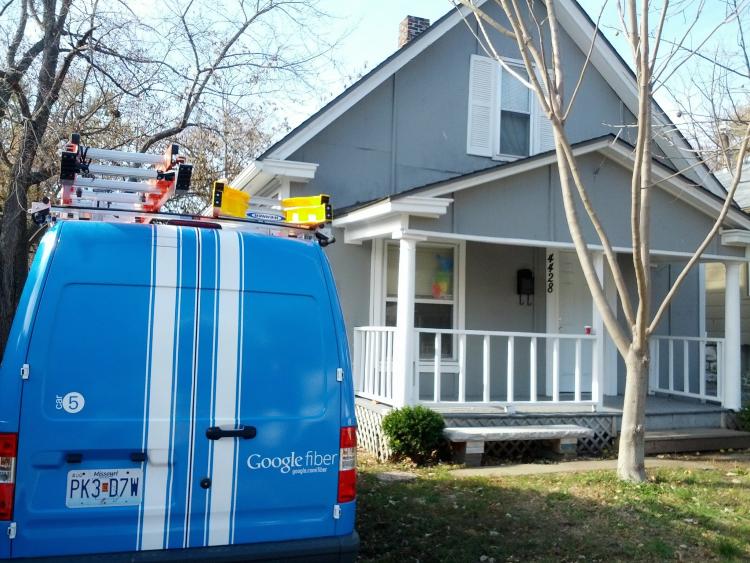 Imagine Internet speeds 100 times faster than your average home broadband and similar upload speeds as well. That means you can download songs, videos or photos in just a few seconds.

Back in 2000, Provo built its own fiber optic network when most homes made do with dial-up Internet access. The city sold and bought back the network and was looking for a new buyer. Google and the city came to terms, and by fall 2013, Provo’s network received much needed upgrades.

Google opened a retail store for citizens to find out more about the service and began taking signups according to fiberhoods, or neighborhoods. Homes that were customers of the previous city network were among the first to get connected.

By the end of 2014, Google expects to have all the homes in the city hooked up to the gigbit service, says Jenna Wandres, a Google Fiber spokesperson. Google is also exploring service for small and medium businesses, but right now the fiber network is connected only to homes.

Because of the city’s existing fiber network, residents can connect for a low $30 fee compared to $300 in other cities, and have three tiers of service available ranging from free to $120 a month for high-speed Internet and 200 television channels, according to Dixon Holmes, deputy mayor for economic development.

“We think this is a great opportunity to have a very large portion of our community connected,” Holmes says.

“In Kansas City, they have a Startup Village and Home for Hackers, and we anticipate some of those things will be here,” Holmes says.

Provo residents are enjoying the high-speed Internet service that boosts video and music streaming, photo uploading and other bandwidth-intense activities.

“It’s good for families if you’re sharing a Wi-Fi connection on an existing network; you may have a bandwidth shortage if one person watching a video slows down the other people on the network,” Wandres says. “With Google Fiber, there’s enough video to go around. That’s one of the main pieces of feedback we’re hearing from Provo.”

Google connected 25 nonprofit organizations as well as city schools, so students can have the same Internet speed both at home and school.

In the meantime, civic leaders are meeting to see just how the city can make the best use of the Google Fiber system.

“We’re talking about does this mean better town hall meetings, or telemedicine?” Dixon says. “We’re looking for ways to use the capabilities of the Google Fiber to make Provo a better place to live.”

In February 2014, Google invited an additional 34 cities in nine metro areas to enter discussions to bring Google Fiber to their cities. Not even Google knows what users will do with gigabit Internet speeds, but that’s the point.

“We hope this next leap in speed will inspire and enable these innovators to come up with the future of the Web,” Wandres says.