8 Reasons to Move to Provo, UT

Don't underestimate this awesome city as you're planning your next move. 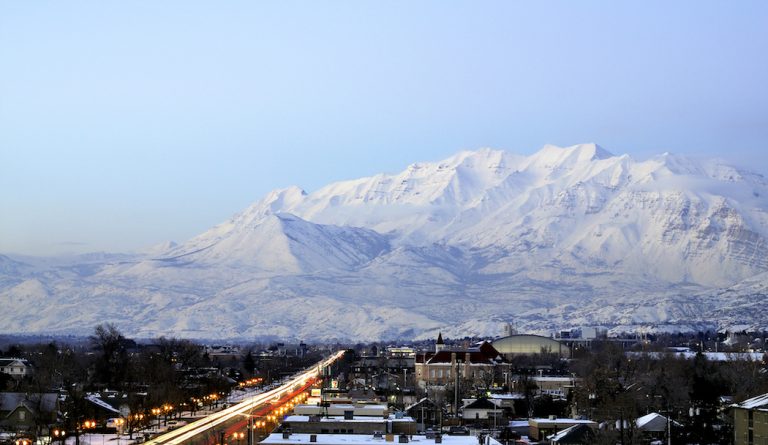 When you think of retiring in the US, visions of sunny Florida beaches may dance in your mind. But we think there’s an even better place to head to: Provo, Utah. A thriving job scene along with plenty of cultural and outdoor activities make it easy to picture as your next home—whether you’re looking to raise a family or retire.

1. Its job market is on fire

Need a job? Last year, Provo’s job market grew at a faster pace than any other city in the nation. While Provo is home to the largest Missionary Training Center in America, its the city’s rapidly-growing tech scene that’s sent it to the top of the charts, with Google Fiber announcing its presence in 2014.

Provo: One of the 50 Best Cities for Entrepreneurs 2016

3. You may catch a glimpse of Bigfoot

For years, hikers up in Provo Canyon have told tales about Bigfoot sightings, with a few lucky folks actually capturing the mysterious creature on film. While most experts in the area can’t really differentiate the creature from a bear, some area locals have found other evidence, like footprints, to back their claims.

See where Provo ranks among the 10 Most Affordable U.S. Cities 2016

Every Thursday night at 6PM, you’ll see locals ambling over to The Startup Building’s parking lot seeking some serious eats. It’s the Food Truck Roundup, where a wide array of trucks serve up anything from gourmet waffles and grilled cheeses to some kick-butt burritos.

There’s no NFL team here, but it doesn’t mean there’s no football. BYU also has no shortage in talent, as stars like Steve Young and Chad Lewis hail from the program. Come fall, everyone routes for the Cougars, who call the largest religious university in the nation home.

6. There’s plenty of safe, clean neighborhoods to choose from

Provo is well-known for its super low crime rate and its healthy, clean lifestyle. From the great walkability of Maeser to the Provo Bay neighborhood right on the water of Utah Lake, there’s something for everyone here.

7. It’s the happiest city in the nation

Because BYU lies smack dab in the middle of Provo, it’s a huge college town. But instead of partying, these students are health-centric, religious and involved in all the outdoor activities the city has to offer. The professional, youthful vibe Provo gives off landed it as Gallup’s 2014 “Most Feelgood City.”

8. Cultural opportunities around every corner

From music to art and religion, there’s plenty of cultural experiences present in Provo. Fancy some art? Head to the monthly Downtown Provo Gallery Stroll to feast your eyes on some paintings, or the Covey Center for the Arts for a live performance.