Why Salt Lake City, UT is a Top 100 Best Place to Live 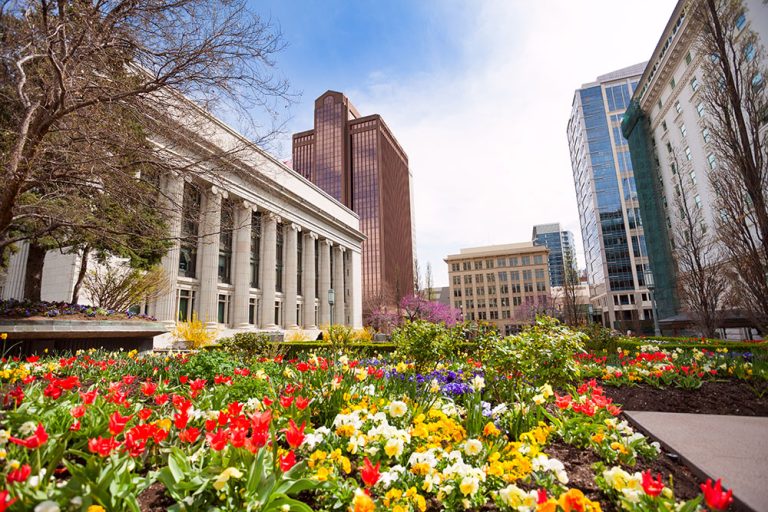 It’s easy to pigeonhole Salt Lake City. It’s a fantastic skiing destination. It’s the home of the Salt Lake Temple, the center of the Mormon faith. It’s hard to buy (full-strength) beer. But there’s a lot more to Salt Lake City, making it a great place to live and work.

In recent years the Salt Lake Valley region has added 150 miles of light and commuter rail, reducing commute times, congestion and pollution for commuters and tourists. For professionals, there are plenty of opportunities. With multiple Fortune 500 companies based in Salt Lake City, it’s an excellent place for the budding entrepreneur; the University of Utah spins off more businesses than any university in the nation – including MIT, Harvard and Stanford. The city is also a hub for healthcare, both as a business venture and for quality of care. Salt Lake City is known for the strength of the University’s health sciences center and other quality medical facilities, such as Intermountain Healthcare, a large employer in the city and Mountain West region.

Salt Lake City is awash with amenities for the active nature lover. Surrounded by mountains, the Wasatch Range to the east and the Oquirrh Range to the west, outdoor enthusiasts can ski and hike to their heart’s content, all within a short drive of downtown. Ski Resorts within an hour’s drive of the airport include Alta, Brighton, Snowbird and Solitude. The Wasatch-Cache National Forest and the Timpanogos Cave National Monument are less than an hour away for hiking.

Drink and Be Merry

Utah certainly carries a reputation for having a few old-fashioned liquor laws, but that doesn’t mean that Salt Lake City is short on craft beer and festivities. Though beers above 5% ABV can only be sold bottled, these Salt Lake City-based breweries are still serving up quality brews. A. Fisher Brewing Co and Toasted Barrel Brewery are all well-known in town for their unique and wide variety of beers, from lagers to stouts and IPAs.

A Place for Pride

One of the most inspiring bits about living in Salt Lake City is its vibrant and visible LGBTQ+ community. Per Gallup poll, Salt Lake City ranks among the top ten metropolitan areas in the United States with the largest LGBTQ+ population. The city also has many gay-focused and gay-friendly establishments centered around the Marmalade area, lovingly referred to as Salt Lake City’s “Gayborhood.” Favorite hangouts include Laziz Kitchen and Metro Music Hall. The annual Utah Pride Festival also calls Salt Lake City home, with upwards of 60,000 attendees, complete with live performances, food vendors, and fun for all ages.