When disaster struck in 2011, the citizens of Abingdon, VA came together to rebuild the community. 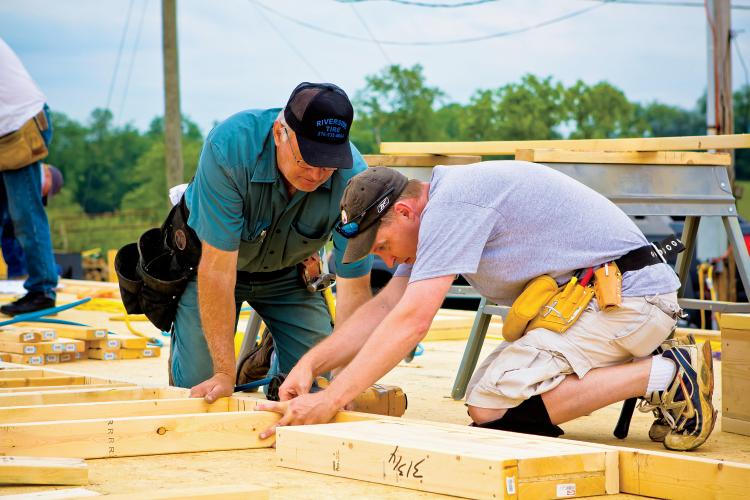 Abingdon / Courtesy of United Way of Russell and Washington Counties

When a devastating EF-3 tornado ripped through the Washington County town of Glade Spring on April 28, 2011, suffice it to say the community would never be the same. In its aftermath, the tornado that hit the community at 1:10 a.m. – 10 minutes after the tornado warning expired – four people were dead, more than were 50 injured and upwards of 400 homes and businesses were damaged or destroyed.

“It was the first natural disaster of this nature – of this magnitude – this community had ever seen,” says Washington County Sheriff Fred Newman. “I can usually travel to Glade Spring from my house in eight minutes. But that night, it took an hour and 10 minutes. Trees were down, utility poles were blown over and tractor trailers were flipped on their sides. Traffic was completely blocked, and there were storage units tossed across the interstate.”

At daybreak, local citizens and businesses were quick to respond to the overwhelming needs of victims.

“There was a great outpouring of love and support,” Newman says. “Churches, businesses and the news media came together to set up shelters, raise money and donate food and clothing. It was the best I have ever seen a community work together.”

The tornado caused more than $42 million in property damage and $34 million in agricultural damage – a hard pill to swallow in a strong agricultural community that ranks seventh in the state for dairy cattle and first for egg production.

“This was about as bad as it gets,” says Travis Staton, chief executive officer of the United Way of Russell and Washington Counties. “And when FEMA denied our request for federal help, it really increased our need for local support.”

The United Way of Russell and Washington Counties pledged $100,000 of its own money and helped distribute funds from a state disaster relief fund established by Gov. Bob McDonnell. The United Way has also raised more than $1 million with the help of local businesses to help victims who were under-insured (or not insured at all) with rebuilding their homes.

“We’ve been able to assist 150 homeowners rebuild, and we’ve worked with more than 2,000 volunteers who have helped replace roofs and reconstruct,” Staton says.

Food City, a local grocery chain with headquarters in Abingdon, responded by setting up a donation system in their stores where shoppers could contribute to disaster relief at the checkout.

“More than $50,000 was raised through their efforts, and Food City also donated water, supplies and personal care items,” Staton says. “They were a huge support and played a key role in helping the community recover.”

“In Glade Spring, they had the power back on very quickly even though the community’s main power line was still on the ground,” Staton says.

“To rent a forklift for a month would have cost us at least $8,000,” Staton says. “Every business in the community gave what they could. It really makes you appreciate your local businesses.”

“Everyone pitched in and gave 110 percent,” Staton says. “So many key relationships were formed that will make our community stronger than ever before.”

“Our community was very resilient to bounce back,” Newman says. “People were willing to help other people whom they had never met. I hope our community never loses sight of that. It really did change us forever.”