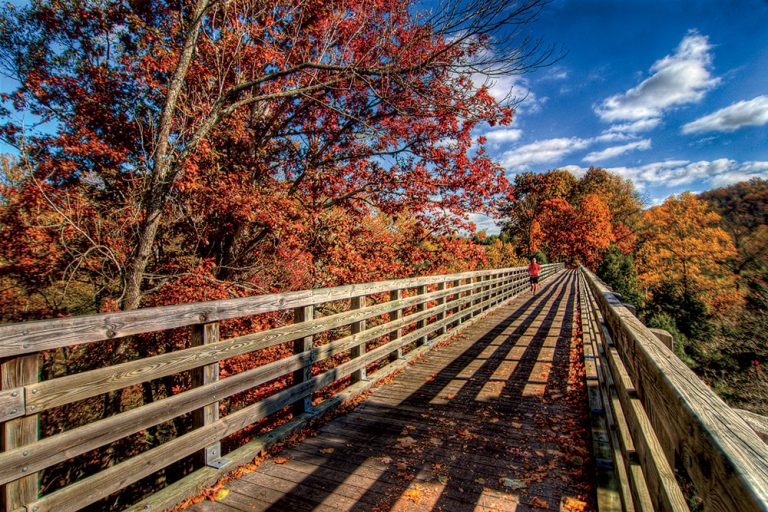 The cultural center once known as Heartwood is now called Southwest Virginia Cultural Center and Marketplace, and it continues to be a gateway to Southwest Virginia craft, music, food and culture. Just off Exit 14 off Interstate 81 in Abingdon, the center welcomes visitors to the region by showcasing the work of regional artists and musicians. The complex houses four gallery stores, a restaurant, coffee cafÃ© and wine bar, and the entire facility received an extensive renovation in early 2019.

Washington County has three main towns, including the county seat of Abingdon, which features a mixture of hilly streets, red-brick sidewalks and several restored historic buildings. Glade Spring is a town of 4,500 located along Interstate 81 and is known for interesting restaurants and shops, while Bristol has three U.S. routes running through it and hosts several annual festivals and a high-ranking K-12 school system. Damascus is known as Trail Town USA with seven such outdoor destinations, including the Appalachian Trail and the Virginia Creeper Trail.

The renowned Barter Theatre hosts a variety of musicals and plays, and more than 160,000 people attend performances each year at this historic Abingdon building. The 507-seat entertainment landmark was named “The State Theatre of Virginiaâ€ in 1946 and has featured the talents of actors who later became Hollywood and Broadway stars, including Gregory Peck, Patricia Neal, and dozens of others. Across the street, a downtown complex contains a more intimate Barter Stage II, which seats 167.

Washington County has four popular trails, including Beaver Dam Creek Walking Trail in Damascus that runs along a creek and passes through hardwood trees. Salt Trail near Glade Spring spans 8.7 miles and is ideal for hikers of all skill levels, while Mendota Trail measures 12.5 miles between Bristol and Mendota and features topography ranging from forestland to gentle countryside. Virginia Creeper National Recreation Trail stretches 34.3 miles and ranks among the Top 10 Hiking Trails in America, according to Livability.com.

Living the green life is great for the local economy, with Washington County ranked No. 1 in Virginia for agriculture. To celebrate that thriving industry, the Washington County Chamber of Commerce organizes an annual one-day Agri Tour every year, inviting elected officials to climb aboard a school bus that transports them to various ag-related events and venues. The day ends with participants enjoying a steak dinner prepared by Phil Blevins, an extension agent for Washington County.