Skip to content
Home > VT > Burlington0 > Where to Live Now > Why Burlington, VT, Is a Best Place to Live

Why Burlington, VT, Is a Best Place to Live 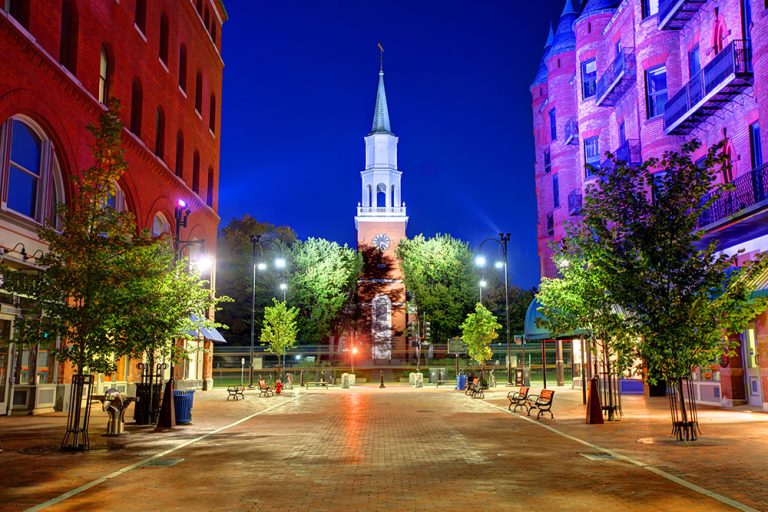 As if being the birthplace of Ben & Jerry’s wasn’t enough to lure nearly anyone to Burlington, it earned its place as one of the Top 100 Best Places to Live through even sweeter means. Namely: Living in Burlington not only grants you access to healthcare and education, but also to a great community.

Starting with healthcare, we factored in not only how easy it was to receive quality, affordable healthcare, but also how healthy the population was as a whole and how healthy the surrounding environment was. Its county (Chittenden) ranks #1 in the state for health outcomes, health factors, and healthy behaviors. Meanwhile, Burlington itself has lower obesity rates than the national average, more people with health insurance, fewer smokers, and extremely low pollution. Living near the Adirondacks, Lake Champlain and other recreational wonders doesn’t hurt either.

It only makes sense that such a healthy community is founded on a firm base of accessible healthcare, which is mainly thanks to the University of Vermont (UVM). UVM is home to the UVM Medical Center, which is the only Level 1 trauma center in the state and hosts more than 1,000 active clinical research trials. Further, according to the 2017 U.S. News & World Report (USN), UVM’s College of Medicine ranks tenth in the country for its rural medicine program. UVM also ranks in the top 100 colleges and universities in the country according to USN’s 2018 rankings and Forbes also described UVM as a “rising star,” as it’s jumped nearly 200 places in their rankings since 2009.

Beyond health, Burlington also dominates in school quality and education levels. Its population holds more than double the national percentage of bachelor’s and postgrad degrees; altogether, 51% of the population holds a bachelor’s degree or higher and Burlington is home to some wonderful universities, like Burlington College and Champlain College.

See Where Burlington Ranks on the Best Cities for Entrepreneurs

Perhaps the most important reason why Burlington is a best place to live is the people that live there. According to the Corporation for National Community Service, more than one in three residents volunteers, which is well above the national average of 25%.

Chittenden County has also hosted a large number of refugees since 1989 – more than 7,000, which is the equivalent of four percent of the county’s current population. Burlington ranks well above the national average for number of people in fields like science, technology, business, finance, law, healthcare, arts, and culture.

In short, Burlington is full of a lot of people who care for their neighbors – and strangers, too.