Skip to content
Home > VT > Montpelier > Where to Live Now > Why Montpelier, VT, Is a Best Small Town

Why Montpelier, VT, Is a Best Small Town 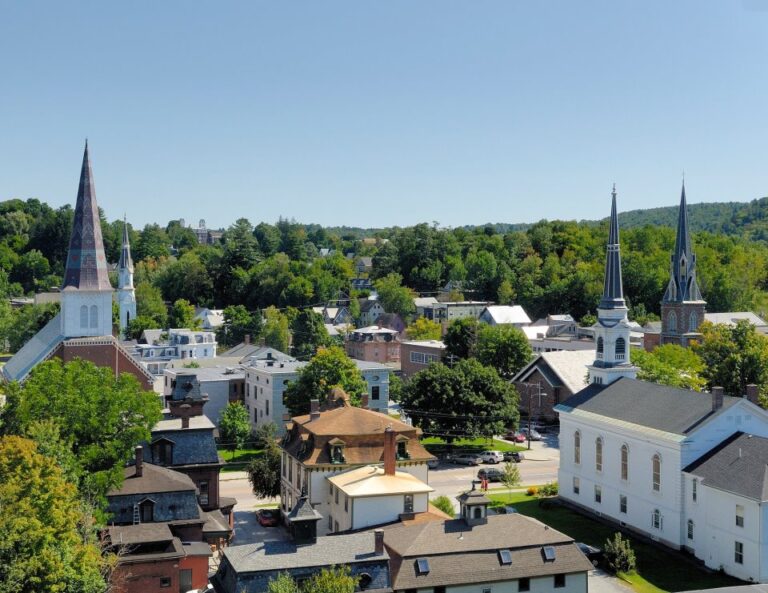 When asked what makes Montpelier one of America’s best small towns, Mayor John Hollar responds with a question of his own: “how much time do you have?” We already knew about the city’s great school system, which was just one of the categories we looked at when ranking the Top 100 Best Small Towns 2015. Montpelier also scored well in social and civil engagement, natural and cultural amenities, and health care. But we’ll let Hollar tell you more.

“I think that we have so many great attributes that make this a wonderful small town in which to live, that it could take a while,” he says. One thing’s for sure. There’s no lack of things to do in Montpelier.

There’s some truth to the mayor’s claim. It could, in fact, take a while to describe all of Montpelier’s quality of life amenities, beginning with its walkability.

“[Montpelier] is an extremely walkable city. We don’t have major thoroughfares that run through town,” Hollar says. “We have convenient access to the interstate if you do want to travel fast, but once you get off the interstate, our town is made up of small, walkable and bikeable roads.”

Hollar says plans are underway to build a bike path that will run from one end of town to the other as well as new river access ramps.

“We have two rivers that run through town, one of them right underneath our downtown, which is pretty unique. This project will create new access to the river that we don’t have and allow for kayaking right in downtown,” Hollar says.

Hollar says Montpelier has “some of the most amazing restaurants and dining opportunities of any town our size in the country.”

He credits the New England Culinary Institute for its contribution to the town’s flavorful landscape, which ranges from Italian and Asian to American and farm-to-table fare. Since its opening, NECI has graduated more than 4,000 students, many of whom remain in Montpelier and open their own restaurants.

Montpelier is also known for its great neighborhood bars, particularly the Three Penny Taproom, which the Boston Globe called a craft-beer mecca for the variety of brews on tap.

For a small town, Montpelier knows how to throw a big party. Held each March, the Green Mountain Film Festival is the second largest film festival in Vermont and showcases dozens of films and documentaries from filmmakers across the globe. Montpelier celebrates Independence Day on July 3 with a day filled with parades and ending with fireworks.

“It’s really a great small-town experience, even though somewhere around 10,000 people show up for it,” Hollar says. It’s kind of a throwback to an earlier era, with all the politicians and floats.”

Perhaps the most impressive feathers in Montpelier’s cap is the town’s title as the smallest state capital in America. The Vermont State House – a beautiful historic building built in the 1850s – is the anchor of the community and sits right in the middle of downtown atop a sprawling courtyard. During the day, Montpelier’s population swells from 8,000 to 20,000, and Hollar says that’s good for business.

“Our state house is literally, right on the edge of our downtown, so that really does provide a boost to our downtown businesses and merchants,” Hollar says. “We have a very stable employment base due to the presence of the state capital, but we also have a number of insurance companies, such as National Life, the largest life insurance company in the state, headquartered here. It’s not difficult for people looking for work to find it here.”

I think that we have so many great attributes that make this a wonderful small town in which to live, that [naming them all] could take a while.