Skip to content
Home > WA > Bellevue > Where to Live Now > Why Bellevue, WA is a Top 100 Best Place to Live

Why Bellevue, WA is a Top 100 Best Place to Live 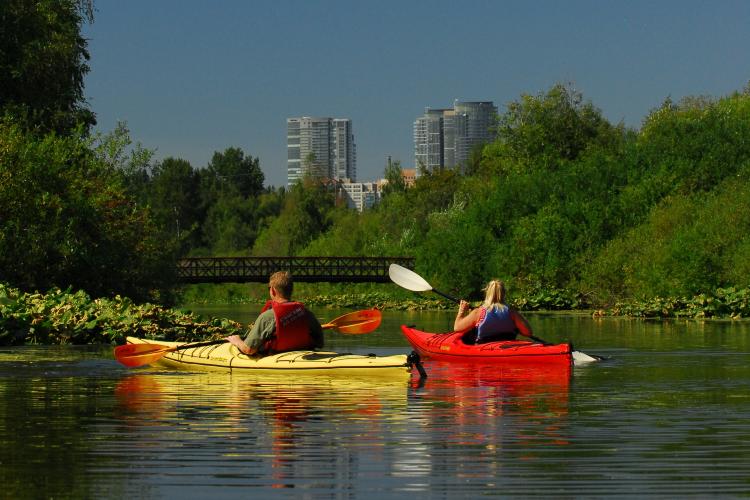 Surrounded by lakes and mountains and dotted with wooded neighborhoods, Bellevue is aptly nicknamed “City in a Park.” This Seattle suburb of more than 120,000 nestles between Lake Washington to the west and Lake Sammamish to the east, with the beautiful Cascade Mountains just beyond.

Bellevue isn’t just for outdoor types, though. The city has numerous festivals and museums to feed the body and mind. The city’s diversity – about 40 percent of the population are minorities – is also a major quality of life contributor. A wealth of heritages, both American and international, enrich the arts, festivals, dining and daily life.

Not convinced yet? Here are more reasons to move to Bellevue, WA.

Perhaps best of all, Bellevue’s many amenities are easily accessible from throughout the city.

“Our central business district doesn’t have an industrial transition zone. Instead, we have single-family residences with yards,” says Ron Smith, the Bellevue Chamber of Commerce immediate past president and a former city council member and mayor. “My kids literally ride their bikes into the heart of downtown.”

Smith says this accessibility is the result of careful planning set in motion by the city’s founding families, some of whom still live and work in Bellevue.

“They established a strong commitment to quality of life,” he says. “They prioritized things like parks and proximity to amenities that individually seem small but collectively really add up.”