Northern Virginia's communities attract residents from around the world 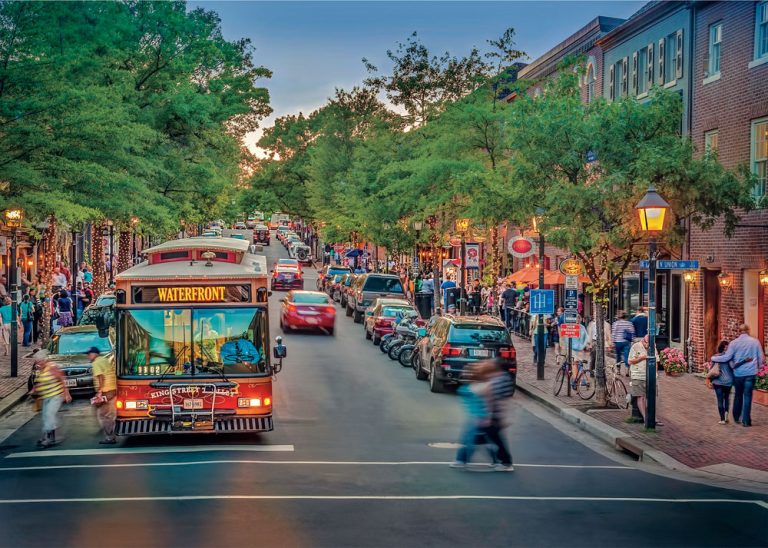 People from every corner of the world are part of the diverse fabric of Northern Virginia. The region’s more than 2 million residents enjoy a cosmopolitan quality of life that includes highly walkable urban neighborhoods, charming smaller communities, open rural spaces and welcoming neighbors.

“I hear from homebuyers all the time that they can’t believe how welcoming and friendly the people in Northern Virginia are,” says Christine Richardson, a real estate agent with Weichert, Realtors® in Great Falls and 2019 president of the Northern Virginia Association of Realtors®. “People are happy to help newcomers get acclimated to the area and strangers often smile and wave at each other when passing. Newcomers are sometimes surprised and delighted to see that we have residents from virtually everywhere in the world.”

The region offers an expansive selection of communities that appeal to all lifestyles – from high-density neighborhoods to suburban communities to rural spaces. Arlington, Fairfax, Loudoun and Prince William counties are consistently included on lists noting the wealthiest counties in the nation with median household incomes exceeding $100,000.

At the same time, Northern Virginia communities consistently appear on lists of best places to live, in part because the region is more affordable than many other East Coast and West Coast population centers. (Arlington was on Livability.com’s Top 100 Best Places to Live in 2018).

“You can buy a small condo or an estate-style home on several acres of land, or anything in-between,” says Richardson, who has lived in Northern Virginia for about 45 years. “Buyers are often surprised that there are affordable options available to them.”

Concannon and her husband, Drew, an attorney in McLean, moved to Northern Virginia a decade ago and now live in the Lake Barcroft community in Falls Church with their dogs, Rosco and GusGus.

“I have a great understanding of what brings folks to the area, especially since I was one of these people a decade ago,” says Concannon, who owns Advon Real Estate in Falls Church. “Lake Barcroft hits all of the high points for outdoor living, great community-minded people and beautiful, well-kept and well-appointed homes.”

Head of the Class

In addition to ready access to higher education, standout public school systems are a leading feature of the region.

Arlington County Public Schools was named the best school district in the state by Business Insider in 2018, which also named Fairfax County’s Thomas Jefferson High School for Science & Technology to its 10 smartest public high schools in America list. Thomas Jefferson High School also was named one of the 10 best STEM high schools and one of the 10 best public high schools in the nation in 2018 by U.S. News & World Report.

Residents enjoy their walkable and bike-friendly region. Walk Score ranks Arlington and Alexandria the most walkable communities in the state. The popular Capital Bikeshare program offers dozens of stations in Northern Virginia where riders can borrow and return bicycles.

Even with its close proximity to the bustle of Washington, D.C., Northern Virginia offers an abundance of natural assets that make an active outdoor lifestyle and wildlife viewing possible.

“This area has so many parks and dog parks to choose from,” says Concannon, a Northern Virginia Association of Realtors® committee and former board member, who especially enjoys Green Spring Gardens in Alexandria.