Skip to content
Home > Where to Live Now > Moving to Ames, IA? Here’s Everything You Need to Know

Moving to Ames, IA? Here’s Everything You Need to Know

Moving to Ames? We've put all the info you need in one place — from jobs to housing costs to things to do. 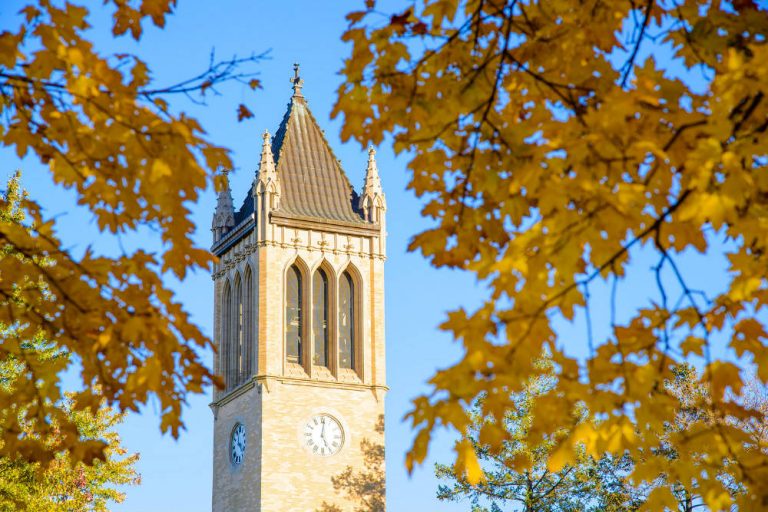 Courtesy of Rafael Radkowski under a CC 2.0 license.

For more than 150 years, Ames has been the proud home of Iowa State University, which, in turn, has consistently helped the city nab coveted spots on several of our ‘Best Of’ lists. But the vibrancy of the campus provides just a small sampling of what earned the heartland city a place among the Top 100 Best Places to Live. If you’re moving to this wonderful community (lucky you!), we’ve compiled a list of everything you need to know before you go – from weather to jobs to best neighborhoods.

Year-round weather in Ames generally reflects that of much of the Midwest – hot, humid summers; cold winters; mild springs and autumns; with moderate amounts of precipitation. Average high temperatures in June, July and August are in the low 80s, while average lows in December, January and February are in the mid-teens.

The average rainfall is about 35 inches, with an average annual snowfall of about 31 inches. Like much of the region, Ames is susceptible to occasional blizzard-like conditions in the winter. The best time to view autumn colors in the Ames area are the first through third weeks of October. The Iowa DNR website posts a fall color report.

Iowa State University is far and away the largest employer in Ames with more than 15,600 employees, more than 10 times that of Mary Greeley Medical Center, the next largest employer, according to the city’s most recent Comprehensive Annual Financial Report. The City of Ames is the third largest employer with about 1,200 employees, followed by the Iowa Dept. of Transportation and McFarland Clinic. Looking for work? Job boards such as higheredjobs.com or Chronicle of Higher Education are good sources for university employment.

Ames Is Sports-Crazy (in a Good Way!)

On football Saturdays, cardinal-and-gold clad fans pack Jack Trice Stadium and its 61,500 seats for Big 12 Conference action. Iowa State’s men’s basketball team, which plays in the 14,384-seat Hilton Coliseum, has made the NCAA tournament 18 times since 1985, including six straight from 2012-17. The Cyclones women’s basketball team has made the NCAA tourney 17 times since 1997. Sports are a big deal here, year-round.

Ames offers a wide range of outdoor activities. The city features 37 parks and the Ames Trail System includes 55 miles of bike routes. Surrounding Story County manages more than 3,000 acres of parks and natural areas. Ames also is home to four golf courses, with several more within easy driving distance. With an elevation of 942 feet, most of the winter skiing is of the cross-country variety, although downhill skiing is available in Boone, about 17 miles east of Ames.

Things to Do in Ames, IA

Reiman Gardens is a university-owned, 17-acre public garden just south of Jack Trice Stadium. In addition to the outdoor gardens, there is an indoor tropical plant conservatory and the colorful Butterfly Wing housing up to 800 live butterflies.

Traveling to and from Ames

Ames is located on I-35, about 30 miles north of Des Moines, the state capital. Although Ames has a small municipal airport, commercial air travelers are served by Des Moines International Airport, which is serviced by several major carriers.  Shuttle service operates between Ames and Des Moines International Airport. CyRide, the city bus system, is a collaboration between the university, ISU’s student government, and the city. Within the city itself, most commutes are only about 15 minutes.

School rankings don’t get much better than the Ames Community School District, ranked No. 1 in the state for 2018 by a national school analysis site. U.S. News & World Report also ranked Ames among the top five Iowa school districts. The district has five public elementary schools, one public middle school and one public high school with a graduation rate of about 93 percent. There are three private elementary schools in Ames and one small private high school. There’s a reason why the community bills itself as the “Smart Choice.”

The Ames Public Library dates back to 1904, when it received a grant from Andrew Carnegie for construction. Greatly expanded since then, the library now lends more than 1.2 million items per year. Iowa State University is home to the Brunnier Art Museum, which is part of University Museums that feature two art museums, a National Historic Landmark historic home museum, a sculpture garden and the Art on Campus Collection. Also tucked away on the ISU campus is the Textiles and Clothing Museum.

Reasons to Move to Ames, IA

The Octagon Center for the Arts, located in the Main Street Cultural District, and is home to the annual Octagon Arts Festival. The Maintenance Shop, or M-Shop, located in the ISU Memorial Union, hosts more than 60 concerts annually. The Lumineers played there recently, so keep an eye out for tickets to great shows. Ames may not be a huge city, but you’ll never run out of things to do here.