In U.S. cities including Seattle, authorities are using speed cameras to collect funds for safety-related improvement projects by ticketing motorists around school zones. 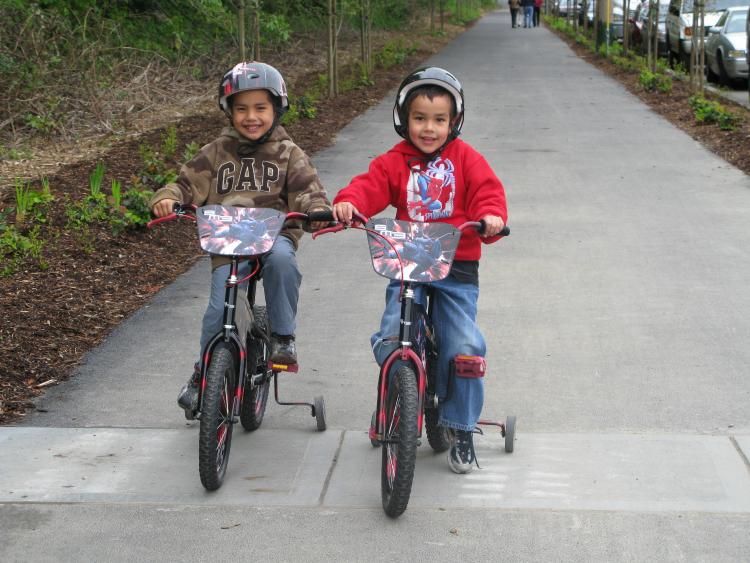 Photo by Seattle Department of Transportation

Slow down, please, or say cheese and pay the fees.

Such is the scenario in a growing number of U.S. cities including Seattle, where authorities have begun collecting funds for safety-related improvement projects by ticketing motorists using speed cameras in and around school zones.

The initiatives are part of a nationwide effort to crack down on heavy-footed motorists in areas where children tend to walk or bike to school.

Early evidence suggests that the programs may be working, both to haul in revenues and improve school-zone safety.

In New York City, for example, a six-camera operation begun in February 2014 generated some $45,000 in revenues (900 $50 fines) in its first two weeks. In Chicago, revenue from the Children’s Safety Zone Program (including speeder cameras at up to 20 percent of the city’s 1,500 school zones) will fund “afterschool, anti-violence and jobs programs; crossing guards and police officers around schools; and infrastructure improvements, such as signs, crosswalk markings and other traffic-safety improvements.”

Seattle began installing speeder cameras in 2012 and expects to fund $14.8 million in improvement projects near 20 schools by the end of 2014, including “new sidewalks, improved street crossings, and traffic calming at more than 20 schools, as well as expanded education and encouragement programs to increase safety for students,” according the mayor’s office.

In the first year of speed cameras, violations in Seattle school zones decreased some 16 percent, and there were no repeat offenders ticketed, says Brian Dougherty, senior transportation planner and program manager for the city’s Safe Routes to School initiative.

“There are two strong arguments for [speed cameras],” Dougherty says. “One is the clear change in behavior – people are slowing down – and the other is the change in the environment: improvements that make school zones safe in the long run for kids walking and biking. It’s a win-win.”

The irony is not lost on city officials that these programs are likely to work themselves out of a job. As cameras and other school-zone measures motivate drivers to slow down and avoid tickets, the revenue source will dry up.

“Obviously, our eventual goal is to see no violations,” Dougherty says, “but in the meantime, the funds are being dedicated to an important purpose.”

The program is “brilliant,” says Tom Fucoloro, a local resident and editor of Seattle Bike Blog. “Nobody enjoys getting speeding tickets, but everyone can agree that traffic deaths and injuries to children and other students are unacceptable. Investments in safety near schools are not very controversial, and funding them by using school-zone speeding cameras makes a lot of sense.”

Not everyone is a fan; some residents have voiced concerns that speed cameras are essentially cash registers for metro areas that care more about taxes than safety. The fact that ticket revenues are being poured directly into school-related projects tends to allay such concerns, Dougherty says.