From organic farms to world-class restaurants, here's how the tiny town of Viroqua became a foodie hotspot. 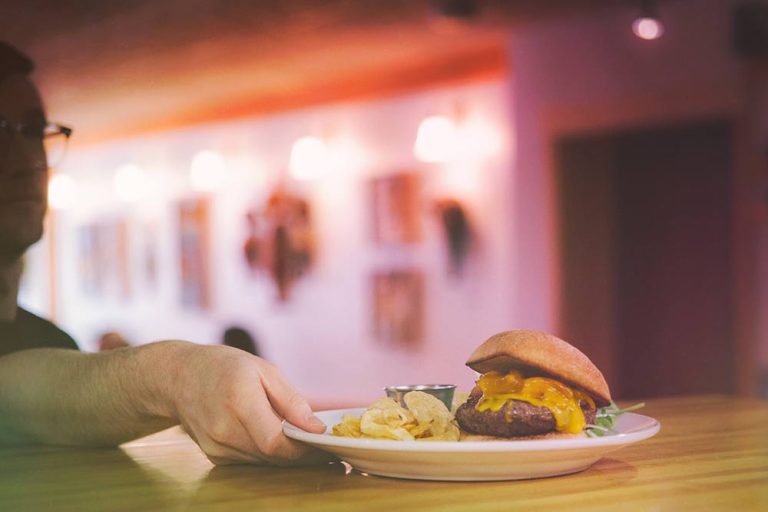 Wisconsin has a lot of charming small towns. But only one of them boasts a James Beard-nominated chef, the largest organic farming cooperative in North America and one of the densest concentrations of organic farms in the country.

Perched in the hilly part of northwestern Wisconsin known as the Driftless Area, Viroqua is a tiny town that’s gaining a nationwide reputation for fantastic food and so much more.

Courtesy of Dennis Deery under a CC 2.0 license.

This part of the country was untouched during the last glacial period in North America, leaving it with deep river valleys and hills that weren’t sheared off. By necessity, there is no such thing as a large farm out here. Small pastures and fields popped up, and when those folks started to band together to support each other, one of the most interesting cooperative farming areas in the world began.

When the nationally beloved dairy company Organic Valley first started out here, it was a seven-farmer cooperative. Now they serve more than 1,800 farms (and bring in over a billion dollars a year).

When you’re visiting, make plans to stock your fridge or cooler at Viroqua Food Co-op. This already giant store is looking to expand and double in size. The town of Viroqua has roughly 4,400 residents, and 3,500 of them are members of this co-op, which touts that a third of its products, from produce to meat and cheese, are sourced from within 100 miles of the store.

Despite their small size, Viroqua boasts one of the biggest farmers markets in the state. You’ll likely find yourself shopping alongside local chefs, including Luke Zahm, the aforementioned Beard nominee and owner of Driftless Cafe. Here, farm-to-table isn’t a movement, it’s just dinner. At Driftless Cafe, don’t be surprised that the staff can tell you where each and every ingredient on your plate came from.

Satisfy your sweet tooth in Viroqua at Cowboy David’s Bake Shoppe. The owners of the local ranch and guest cabins started out offering free cookies to their guests. The cookies were so popular, the ranch built a bakery when it remodeled a few years back. Now the bakery is one of the most popular spots in town for morning goodies, tasty treats and even formal wedding cakes.

It wouldn’t be Wisconsin if there wasn’t a brewery involved. But since this is the Driftless, it’s a brewery that uses local honey, Wisconsin-grown hops, fruit from nearby Dancing Waters Permaculture Cooperative and water from a well on one of the owners’ property. Driftless Brewing Co. is about as off-the-grid as a brewery can get.

Looking for local wine? We’ve got that too. This area was once home to tobacco fields, but as times changed and farmers had to look for other options, vineyards became a popular alternative. The unique makeup of the soil in this unglaciated area makes for interesting, flavorful grapes and the more than two dozen vineyards in the area now produce wines unlike anything else you can find in the state.

There’s more than plenty to do to keep you interested, entertained and well-fed in Viroqua, making it an absolute hidden gem of a small town in Wisconsin. It’s the perfect spot for a weekend getaway — just don’t be surprised if, like the farmers who thrive here, you find yourself tempted to put down roots.