Find A Slice Of The Good Life In Madison

Learn how revitalized downtowns and attractions such as Rotary Botanical Gardens in Janesville and House on the Rock in Spring Green are making the Madison region appealing to both residents and visitors. 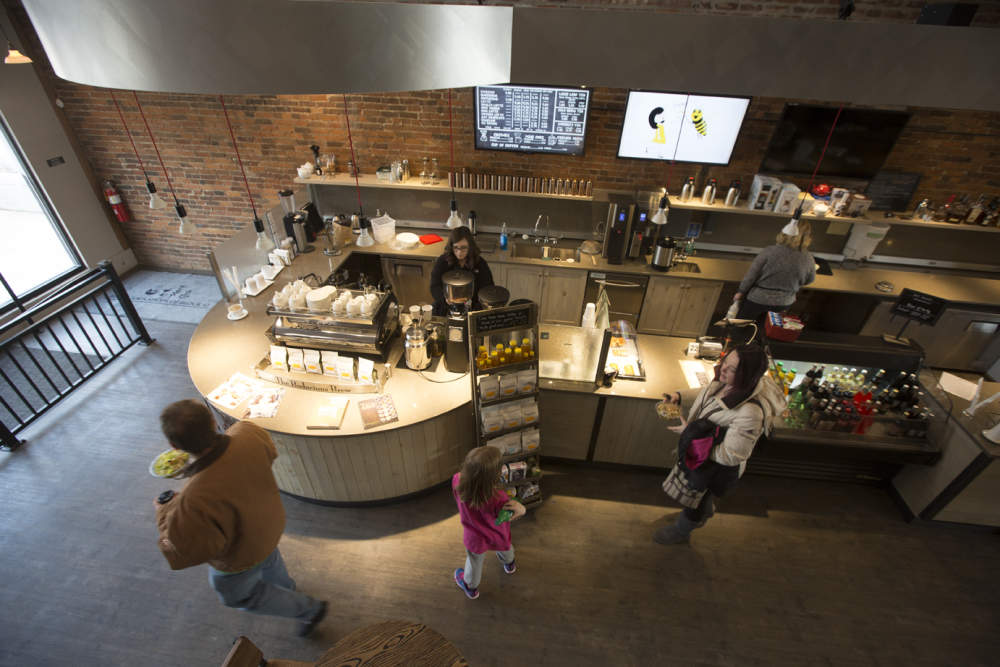 A day in the Madison Region can take you from a replica of Thomas Jefferson’s gardens to a house perched atop a 60-foot high column of rocks to one of many charming small towns scattered throughout the area. And, of course, you can merrily eat and drink along the way at a wide selection of breweries, wineries and cheeseries.Combine this diverse mix of attractions with a series of revitalized communities, plenty of outdoor recreational opportunities and a passionate sports scene (including University of Wisconsin Athletics and the Beloit Snappers minor-league baseball team), and it becomes easy to understand the Madison Region’s appeal for both residents and visitors.

“There is a little something for everyone around here,” says Britten Langfoss, chair of the Downtown Development Alliance in Janesville. “It’s very affordable and safe. It’s a great place to raise a family, with good schools and neighborhoods. And there area variety of cultural and recreational opportunities.”

One of the more popular attractions in the region is the Rotary Botanical Gardens (RBG) in Janesville, which attracts more than 100,000 visitors every year. This award-winning nonprofit has 24 different garden styles and more than 4,000 varieties of plants spread across 20 acres. The RBG is also one of the premier gathering places in the region. In addition to a regular lineup of classes and workshops, the facility is used for weddings, meetings and other special events.

“It’s a great regional hub,” says Susan Melton, RBG marketing director. “There are a lot of opportunities for people to connect in the gardens, not only with nature but with each other.”

One of the unique attractions in the area is the House on the Rock in Spring Green in Iowa County. It’s an architectural wonder set on an outcropping of Deer Shelter Rock that opened as a retreat in 1960, but over the years expanded to include a sprawling selection of exhibits and displays.

You will never lack for something to eat and drink in the Madison Region. After all, this is the home of the second- oldest brewery in the nation, Minhas Craft Brewery in Monroe, whose origins date to 1845. Other breweries in the area include the 160-year-old Gray’s Brewing Company in Janesville, Wisconsin Brewing Company in Verona, and New Glarus Brewing. For those who prefer grapes over hops, there is the Wollersheim Winery in Prairie du Sac and Botham Vineyards & Winery in Barneveld.

Several communities throughout the region are in the process of revamping their downtowns and drawing new retail, restaurant and entertainment options. Beloit in Rock County was among the first communities in Wisconsin to receive a formal Main Street Program designation from the state. The renaissance taking place on the banks of the Rock River includes Bushel & Peck’s Local Market, housed in a restored building that was once a Woolworth’s store. Adding to the ambience: home-grown restaurants and cafes, boutiques and bookstores, live theater, museums and art galleries, as well as bike paths and a public canoe/kayak launch to encourage outdoor recreation. More than 50 events take place downtown each year, including the annual ArtWalk featuring more than 100 artists.

Upstream on the Rock River, the Rock Renaissance Area Redevelopment & Implementation Strategy is a 10-year plan to implement several projects along the river in Janesville’s central business district. The project, which won a 2015 Merit Award for Analysis and Planning from the Wisconsin Chapter of the American Society of Landscape Architects, includes new businesses along the river, pedestrian walkways, a marina and a hotel.

“One thing we’re focusing on is embracing the river,” Langfoss says. “A lot of the plans are about making the river more pedestrian friendly and having stores and businesses face the river. We’re doing some bigger-scale projects right in the heart of downtown in order to make the area even better than it already is.”