Why Madison, WI is a Top 100 Best Place to Live

Madison, Wisconsin is a college town that is known for being scenic, hip and thriving. 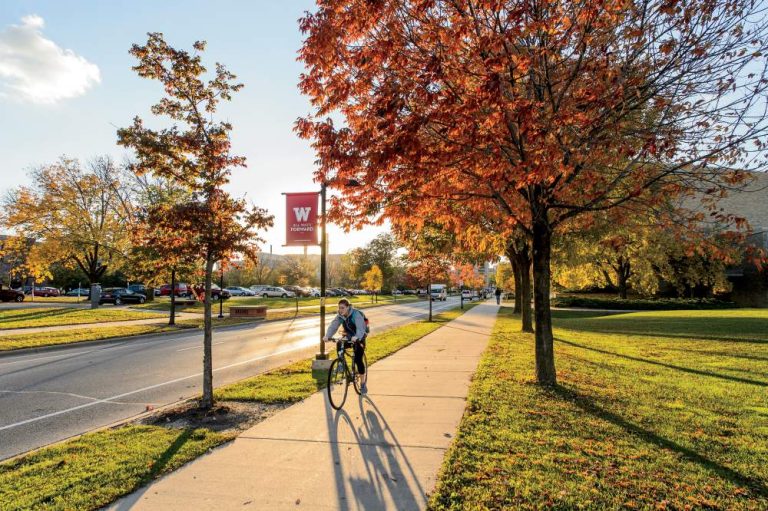 The very best college towns blend great culture with community, and that’s Madison in a nutshell. With a population around 260,000, Wisconsin’s capital has the perks of a big city, like top-notch food, art and infrastructure, but it still keeps that hometown feel, best summed up at a UW–Madison football game or a Friday night fish fry.

Here are a few of the reasons Madison easily ranks as one of the top places to live in the country.

If you like the outdoors, you’ll love Madison, Wisconsin. Madison has the most parks per capita among major U.S. cities — about 11 parks per 10,000 people. Favorites include the lakefront Tenney Park for birdwatching, the 250-acre Elver Park for disc golf and the splash pad, and downtown’s James Madison Park, featuring the historic Gates of Heaven synagogue. And don’t forget the arboretum and bloom-filled Olbrich Botanical Gardens, which offers free admission.

Connecting these public green spaces with the city’s urban core and beyond are over 200 miles of trails. Hike a nature preserve, pedal around a lake, or use them to commute.

Speaking of lakes, there are five in the area, two of which flank downtown (Madison is centered around a land bridge, or “isthmus,” the geographic vocab word everyone here knows). That means watersports are never far away. Spend the day swimming, sailing, canoeing, stand-up paddleboarding or log rolling. Or just lounge on one of the dozen beaches and build sandcastles.

And when it’s not beach weather? Temps regularly drop to 14 degrees in winter, but locals don’t stay inside. Instead, they go ice skating, sledding, snowshoeing, ice fishing and even skiing right in the city.

Madison is consistently winning awards as the best college town in America. Certainly, cheering on the University of Wisconsin–Madison team — GO BADGERS! — is tradition. But the drink, food and music scene here matches what you’d expect from a city with a young and diverse student population.

First, there are the craft breweries, ranging from Capital Brewing, a pioneer of the U.S. craft brewing revival, to Giant Jones, the only woman-owned organic brewery in the country. For its cuisine, Madison draws on its farm roots. Milkshakes, cheese curds and butter burgers are all must-try culinary delights.

And on any given weekend, there are often over a dozen shows, from nationally touring acts to free outdoor concerts. Check out top venues like the 1920s Orpheum Theater and High Noon Saloon to see who’s playing.

Festivals abound, too, especially in warm weather. Make Music Madison kicks off the summer solstice with 400 concerts while the world’s largest Brat Fest combines music with a delicious Midwest staple every May.

Along the way, stop into coffee shops and trendy boutiques. Catch a Broadway show at the Overture Center for the Arts, also home to the contemporary art museum. From spring to fall, do your shopping at the sprawling farmers market on Saturdays. Plus, there are distillery tours, kayak rentals, a history museum and stand-up comedy. You won’t be bored.

It’s no surprise many young professionals are moving into the vibrant seven-block district to have lakes, shops, metro, trails and more easily on hand.

A Growing City for Families and Business

Families have a lot to love in Madison.

First off, admission to the Henry Vilas Zoo is free — that’s right, free. In the summer, enjoy movies at city parks, which are also free. The three-story Madison Children’s Museum downtown will keep young learners entertained and active with hands-on exhibits. And while Dane County might have the highest property tax rate in the state, they use it for public amenities, and the schools here are some of the best, including charter and magnet schools.

Not coming with kids? Business is booming here, too. Industry in the region is robust and diverse, ranging from bioscience to IT to healthcare. As a result, unemployment is low, around 2% (that’s 40% lower than the national average).

All told, Madison is a great place to live if you’re looking for outdoor fun, a stable economy, good schools and college town vibes.