We know it sounds borderline blasphemous to skip beer in Milwaukee, but here are 10 delicious reasons to sip something new. 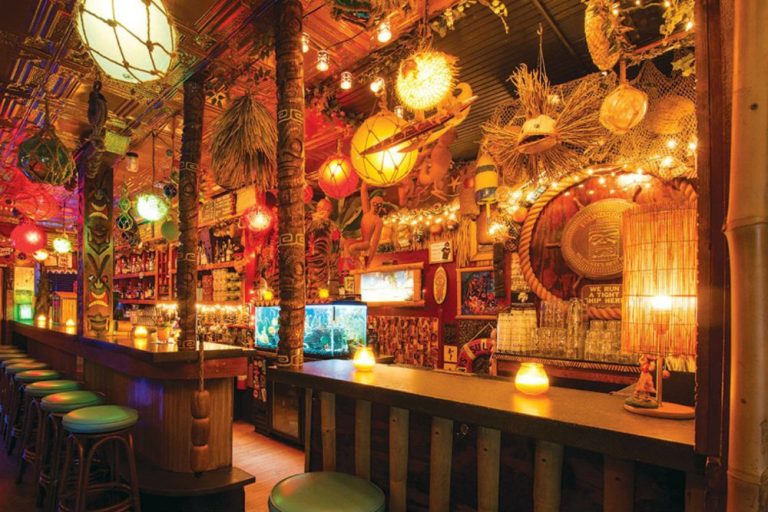 Milwaukee has a reputation as a beer and brat sort of town — and it’s not wrong, considering there are at least 15 micro- and macro-breweries in and around the city. But these days, beer isn’t the only potent potable you’ll find around Brew City. If you’re looking for something different, are gluten-free, or just plain don’t like beer, here are a bunch of alternative options to wet your whistle in Milwaukee.

An awesome addition to the city, this cider bar is in the Walker’s Point neighborhood and walkable to quite a few other spots on this list. In addition to their 20+ taps with a rotating menu featuring ciders and meads from across the country, you’ll find cider cocktails and sangria as well as additional cider options in cans and bottles. Plus, a great selection of ciders to take home with you. Settle in for a tasting flight or meet up with friends on the awesome sidewalk seating area.

Cheese and Waterslides and Cheap Rent, Oh My: 10 Reasons to Move to Wisconsin

In the early 2000’s, craft breweries were prevalent, but Great Lakes founder Guy Rehorst said he looked behind the bar at local spots and saw nothing but imported spirits. When he opened Great Lakes in 2004, there were only about 30 small distilleries in the country. Now they number more than 1,000. Great Lakes has more than a dozen spirits to choose from and their tasting room showcases them in classic cocktails you know and unique concoctions you’ll love. They also have a full calendar with constant events from themed tours to food truck fests and more.

This little pocket of the near south-side has nothing but classic Milwaukee-area gems tucked into old houses and hiding around corners. At Random has been there since 1964 and stepping through the door makes you feel like nothing has changed in the ensuing 50-some years, including the bartender and servers. Settle into this swanky lounge with low-lighting for one of their signature ice cream drinks. The seating is arranged around banquettes for a cozy vibe.

Planning a Visit to Milwaukee? Here Are Our Top 10 Things to Do

Another Walker’s Point haunt, the Sangria Bar is an oasis in the middle of one of the most industrial parts of the city. With tons of outdoor space, palm trees, a thatched-roof hut and a small pond with a waterfall, you’ll feel like you’ve been transported far, far away from the stresses of real life. The drink menu runs deep with all kinds of sangria variations. They are attached to an event space, so the hours can be slightly confusing — always check ahead before planning to go.

This distillery started off sharing space with Milwaukee Brewing Company and in just a few short years outgrew that location and have expanded to a second production facility near Marquette University. The tasting room on 2nd Street has a seasonal menu of cocktails — usually about 12 at a time. They make seven different spirits, including the unusual Rye Vodka, Oat Whiskey, and Coffee Vodka, a collaboration with local coffee-makers Anodyne. Distillery tours are available, as is the ability to take your favorite cocktail home in a flask!

Purportedly the first cocktail lounge not just in Milwaukee, but in the whole state, Bryant’s has been classing up the joint since around 1938. Everything about this place feels swanky and important. Though they have a menu, the very best part of a visit to Bryant’s is talking to the knowledgeable bartenders. Tell them your favorite spirit and some taste and flavor likes or dislikes and let them come up with something special for you from their vast cocktail and spirits knowledge. There will be folks dressed to the nines and folks in jeans and you’ll feel a bit like you slipped into a Rat Pack movie, but there’s a reason they’ve been named one of the best bars in the country by numerous outlets — and it’s not just because of the velvet on the walls.

This small-batch, organic distillery in Bay View turns its tasting room over to the local folks who make Bittercube bitters and it becomes Dock 18 Cocktail Lab Thursdays through Saturdays. Every liquor, liqueur, syrup and infusion that goes into the cocktails are handmade and they concoct a brand new menu each week. It’s an experiment of sorts, but it’s delicious. The location is a bit hidden — find the glass door under the glowing blue light just past dock #17. Press the button on the call box next to the door to be buzzed in.

You definitely can go to Valentine Coffee for some of the tastiest pour-overs and espresso drinks in town and you won’t be disappointed. But the tasting room that’s open until 6 pm at their Vliet Street location has some super interesting and inventive coffee cocktails. The Leche en Fuego includes local Indulgence Chocolatiers Mayan Spiced Cocoa, Espolón Reposado Tequila and espresso.

This dark and mysterious bar in the Riverwest neighborhood is an absolute escape from reality. Especially during a long Wisconsin winter, Foundation is the perfect way to shut out the cold for a bit and escape momentarily to a Polynesian paradise. The drinks here are complex and interesting and made to order — and there are a few so potent they limit how many you can order. It’s a small spot and does get crowded during peak times, but head over in the late afternoon or after work for a little tropical escape.

The Sprecher Brewery tour is a fantastic alternative to traditional brewery tours. In addition to their beers, these folks make a wide variety specialty sodas. They’re most well-known for their root beer, but they have nine craft sodas they make year round in addition to four seasonal sodas. The best part? While tour participants have access to just four beer samples, the soda samples are unlimited. Cheers!