Skip to content
Home > WI > Milwaukee > Love Where You Live > 10 Indisputable Reasons Why Milwaukee Is the Best City on Earth, by a Totally Unbiased Local 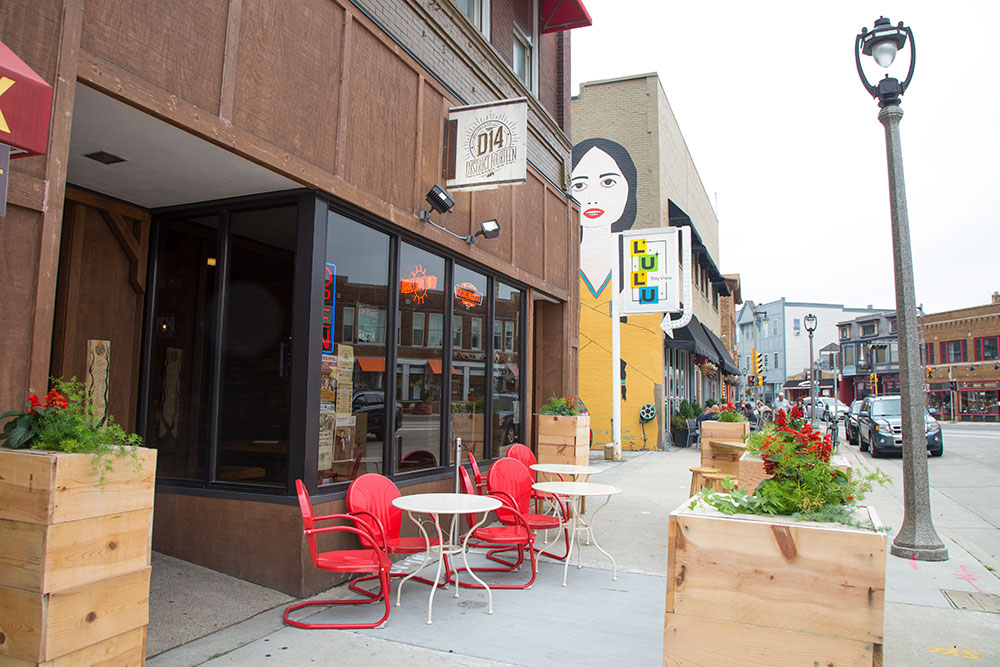 Slowly but surely the rest of the world is starting to discover what those of us here in Milwaukee have known all along: this city is awesome. Out-of-towners tend to think of Milwaukee in a narrow box informed by Cheeseheads, “That 70’s Showâ€ and preconceived notions about the Rust Belt, but they couldn’t be more wrong.

Want proof? Here are 10 reasons Milwaukee isn’t just a great city, it’s the best city – according to a Milwaukee-loving local who is definitely not biased. 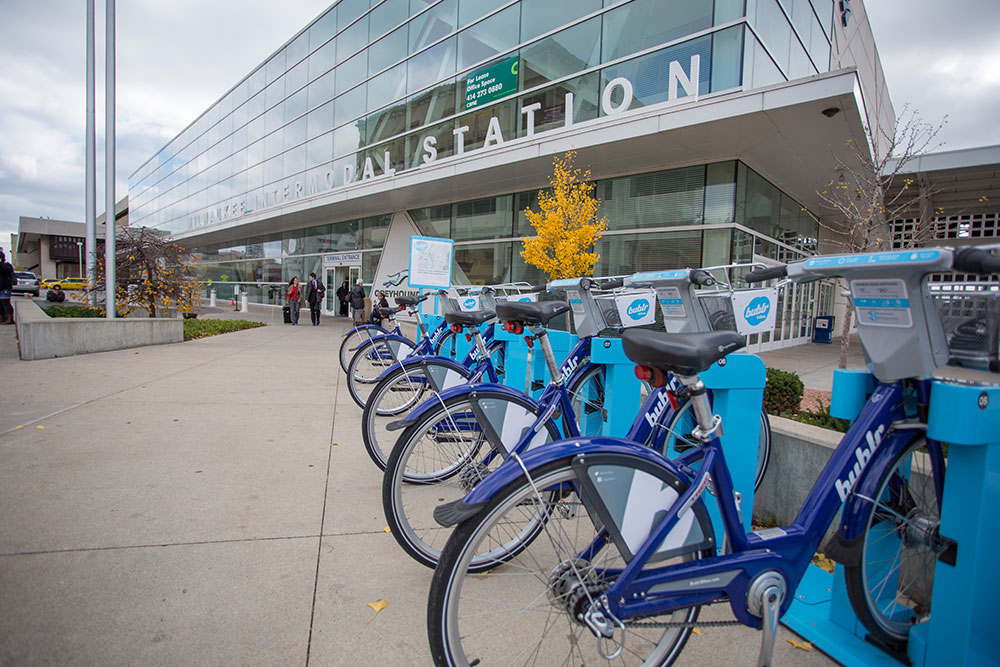 1. We get big city benefits without the annoyances – or the price tag.

Milwaukee has everything people love about big city living without the crazy housing costs or hours-long commutes. Overall, the cost of living is slightly below the national average. Public transportation has improved with the addition of The Hop light rail downtown, and you can drive most anywhere in the metropolitan area in 20 minutes.

Honestly, one of the best benefits of living here? Drinks are way cheaper than in bigger cities (and we have really, really good drinks here). Easy access to all the great things Milwaukee has to offer usually comes with a much higher price tag. It’s almost laughable to compare the cost of life in Milwaukee with the caliber of food, culture, sports and other amenities we have at our fingertips. 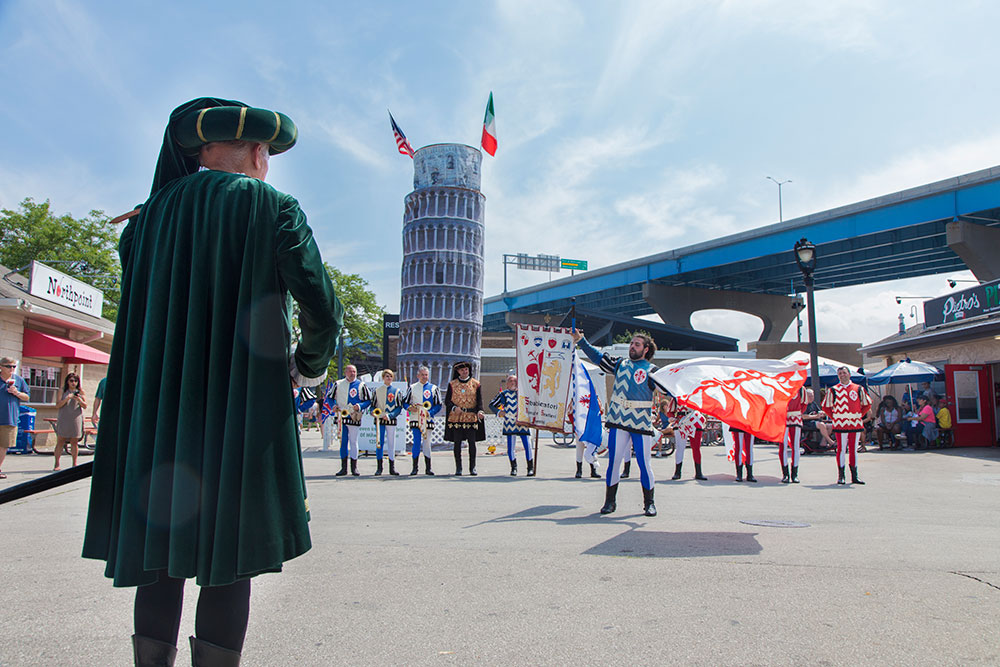 When winter lasts approximately 982 weeks, you learn to make the most out of the short but wonderful summer. Between June and September, there are more than 40 festivals and outdoor events in the city. There isn’t a weekend from Memorial Day to Labor Day without a major event on the calendar. The Milwaukee lakefront is home to one of the coolest venues in the world – the Henry Maier Festival Park hosts Summerfest, the World’s Largest Music Festival. Over 10 days on 11 stages, more than 800 acts will perform and 900,000 people will attend. Tickets with access to 10 of the stages cost just $23.

Besides Summerfest, the park hosts a wide variety of other events, including Milwaukee PRIDE, Irish Fest, Polish Fest, German Fest, Festa Italiana, Mexican Fiesta and Indian Summer. Across the city, you’ll find numerous street fairs, festivals and community gatherings. In the fall, numerous Oktoberfest celebrations and events like Mitten Fest help you forget that winter is coming. Milwaukee has been known as the City of Festivals for decades and every year new events join the fray to bring food, drink, community and fun to Milwaukeeans’ lives. 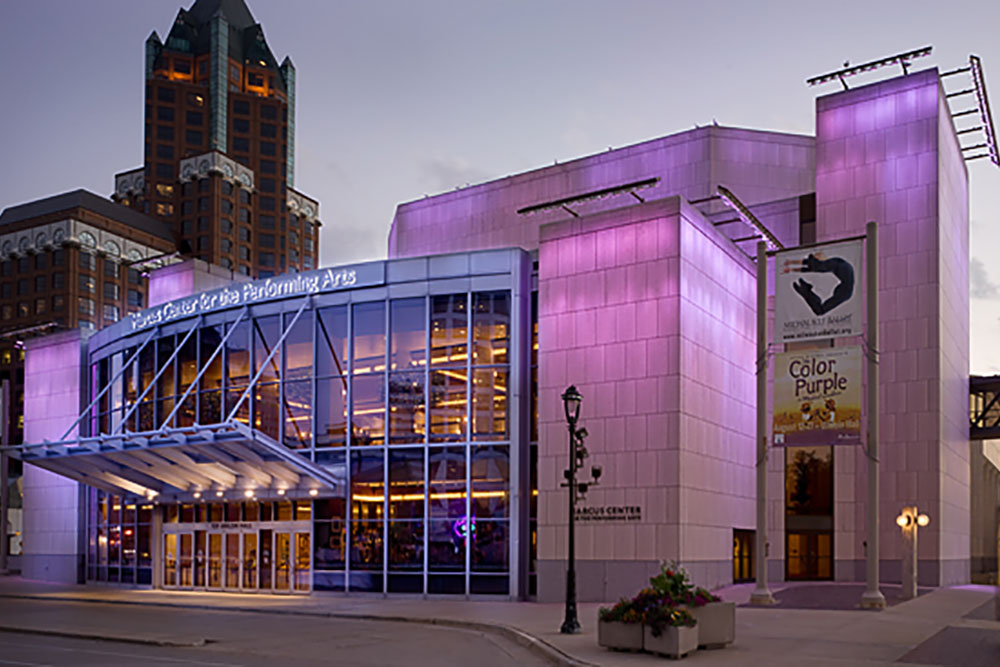 You might have thought this blue collar town hadn’t advanced much past “Laverne & Shirley,â€ but there are few cities in the world Milwaukee’s size that can match in both quantity and quality of the cultural offerings available. The Milwaukee Ballet is world-renowned and is one of the few companies in the country to maintain its own orchestra. There are 10 different theater companies, the Florentine Opera, Milwaukee Symphony Orchestra, historic concert and live performance venues, the Milwaukee Art Museum with its Calatrava-designed wing and a half-dozen other art museums.

If you’re bored in Milwaukee, it’s because you’re not trying. Milwaukee has an amazing local music scene that even most residents don’t know about, but there are also a ton of venues bringing in touring acts. Take in a show at the Pabst Theater. Check out Gallery Nights in the Third Ward or Bayview. Join the thriving crafts community or take a class yourself.

4. There’s so much more than beer, brats and cheese (though those are as good as you’ve heard, too).

There are nine different spots in Milwaukee that have been James Beard-recognized and they run the gamut of dining options (and budgets). You can find white tablecloth dining at Sanford or a more laid-back, but no less fine-dining experience at Ardent. Bavette makes shareable plates, sandwiches and burgers. Three Brothers is an American Classic restaurant experience that lasts about two hours and is worth every minute you spend there. And that’s just a small sample.

The dining scene in Milwaukee has experienced a renaissance over the past fifteen years or so that has welcomed dozens of new restaurants while incorporating the ethos and informal style of the residents. The result is a mouth-watering smorgasbord of options made by local chefs who are an active part of the community. 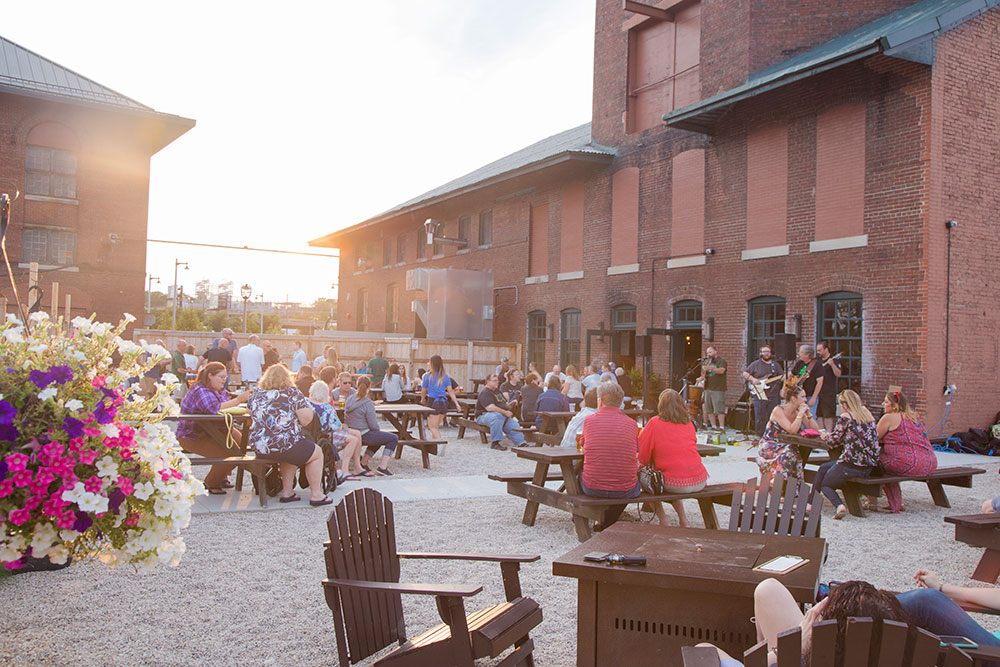 I have a t-shirt that says “Milwaukee is the city that made beer famous,â€ and while I suppose some other spots might find that claim questionable, they’re also wrong.

Wisconsin’s German heritage is steeply rooted in brewing culture and at one time the city was home to some of America’s largest brewers: Pabst, Miller, Schlitz and Blatz. Pabst Blue Ribbon has been a staple of any Milwaukee bar rotation for far longer than the kids who now drink it ironically have even been alive. Miller is the only big name brewer that remains, but the industry and beer culture still thrive here.

Lakefront Brewery no longer fits in the micro-brewery category and they’ve been winning awards for more than 30 years. They also give what is likely the funniest brewery tour you’ve ever been on (and you get to drink the whole way through). It’s the standard by which I judge all other beer tours. But they’re not the only ones. There are more than 30 breweries in the Milwaukee metropolitan area, so there’s really a beer for everyone’s taste.

It would take weeks to drink your way through Milwaukee, but that sounds like an amazing way to spend your time. 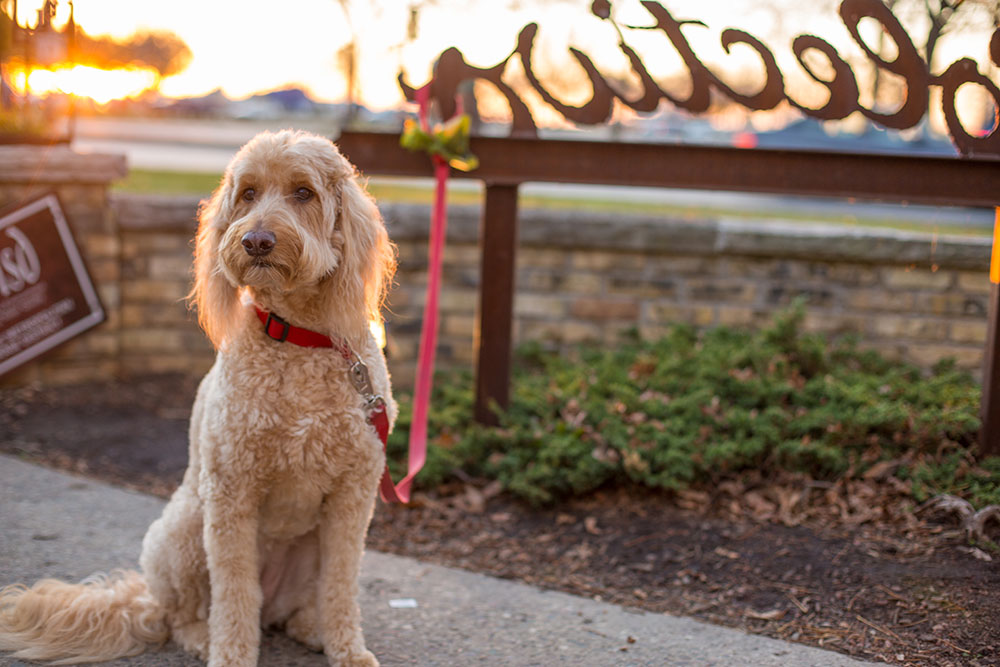 6. There are no strangers here.

Two truths about Milwaukeeans: we don’t like silence and we don’t want anyone to feel left out. People will smile at you on the street and say hello as you pass. I suppose this fits in some sort of “Midwestern niceâ€ clichÃ©, but it’s true that you never have to feel alone in Milwaukee. We will stand in line for no reason, let seventeen cars through before we ourselves turn, and spend a ridiculously long time saying overly intense goodbyes to all our friends and family we’ll see again in 20 minutes. OK, these might be the more annoying parts of our friendly nature, but the point is that we love big.

I’ve yet to visit any family holiday celebration in Milwaukee that didn’t include at least a few unrelated friends that have been “adoptedâ€ and brought into the fold because that’s what we do here. It doesn’t take long for us to consider you family. 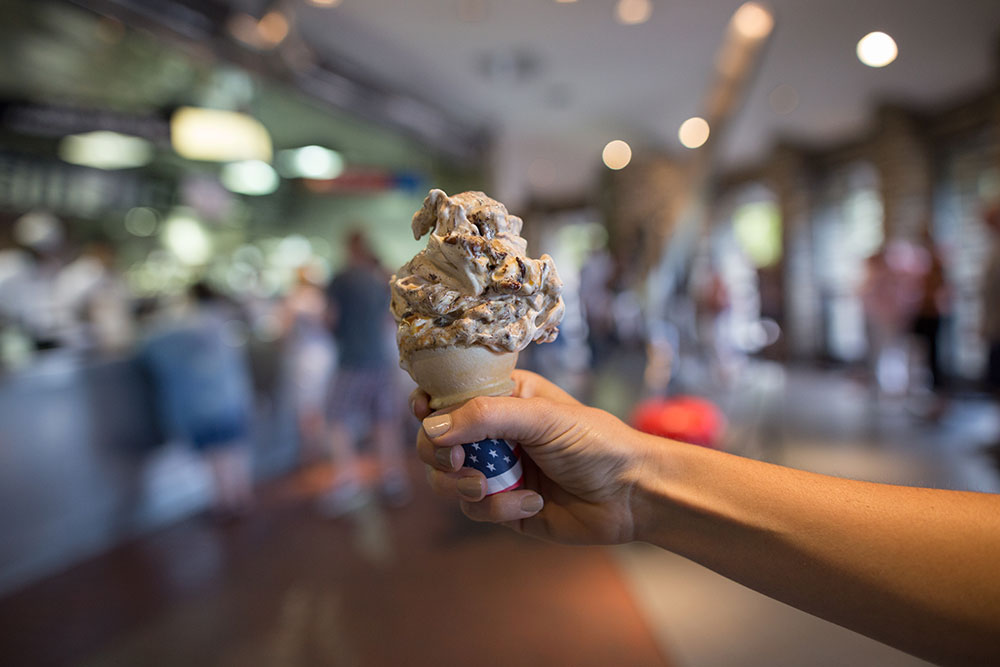 Yes, it really does deserve its own category. There are lots of foods that folks identify with Wisconsin, but frozen custard is both the most underrated and the one most closely associated with the southeast corner of the state. Asking a Milwaukeean for their favorite frozen custard will tell you as much about their personality and character as asking their favorite movie or Supreme Court justice. It will also give you some pretty good insight on where they grew up.

Never had frozen custard? It’s the thicker, richer, creamier and generally superior cousin of ice cream. The addition of eggs to the mix makes for a frozen delight unlike any other. It also helps that it has about half the whipped air in it that ice cream does. The three iconic Milwaukee spots are Leon’s, Gilles, and Kopp’s and you really can’t go wrong at any of them. 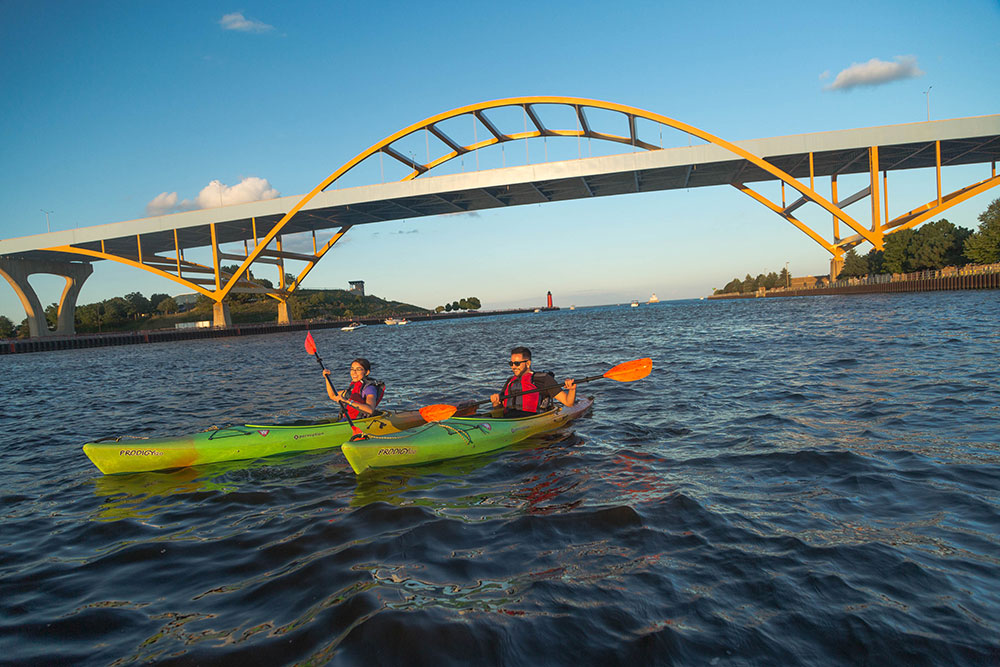 8. We’ve got the great outdoors on lock.

Eighty-nine percent of Milwaukee residents live within a 10-minute walk to a park. There are more than 150 parks making up about 15,000 acres of land that account for nearly 10% of the city’s total area. From 100 miles of paved trails to water parks and disc golf courses, the Milwaukee County Park System actually does have something for everyone.

We’re a much more active city than folks give us credit for, but lest we stray too far from our roots, the County Park System is also home to five permanent and two traveling beer gardens. The one in Estabrook Park was the first truly public beer garden in the US in more than 100 years.

In addition to all the recreation Lake Michigan offers, you can float through downtown on the Milwaukee River by boat or head to the west suburbs for smaller lake boating, fishing, water skiing and more. 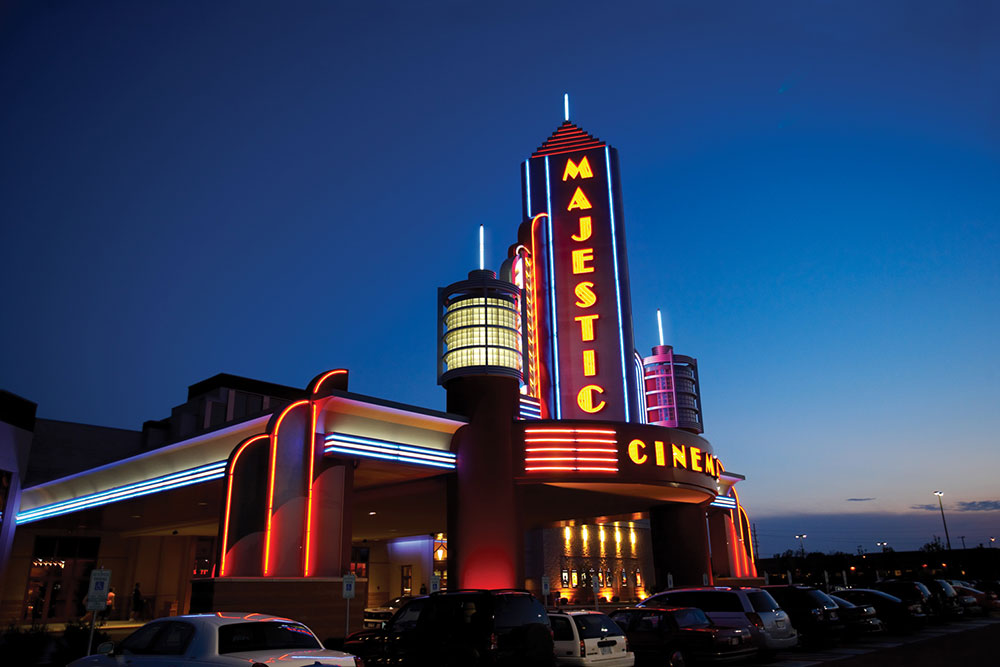 Milwaukee has an affinity for its older buildings and hasn’t been as quick to tear them down in favor of new condos as other cities have. The result? There’s an eclectic and beautiful mix of architecture in the city. Driving down Wisconsin Avenue takes you past last 1800’s buildings like the Second Empire Mitchell Building, the Romanesque Revival Pfister Hotel and the Art Deco Wisconsin Gas Building and leads you right up to the soaring wings of the Santiago Calatrava-designed addition to the Milwaukee Art Museum right on the lakefront.

You’ll find a unique material known as Cream City Brick throughout downtown and the Third Ward. The brick is made from mud pulled from Lake Michigan that had high lime content that turned white upon firing. Frank Lloyd Wright is from Wisconsin and he left his mark in Milwaukee with numerous homes as well as the Annunciation Greek Orthodox Church on the city’s west side. 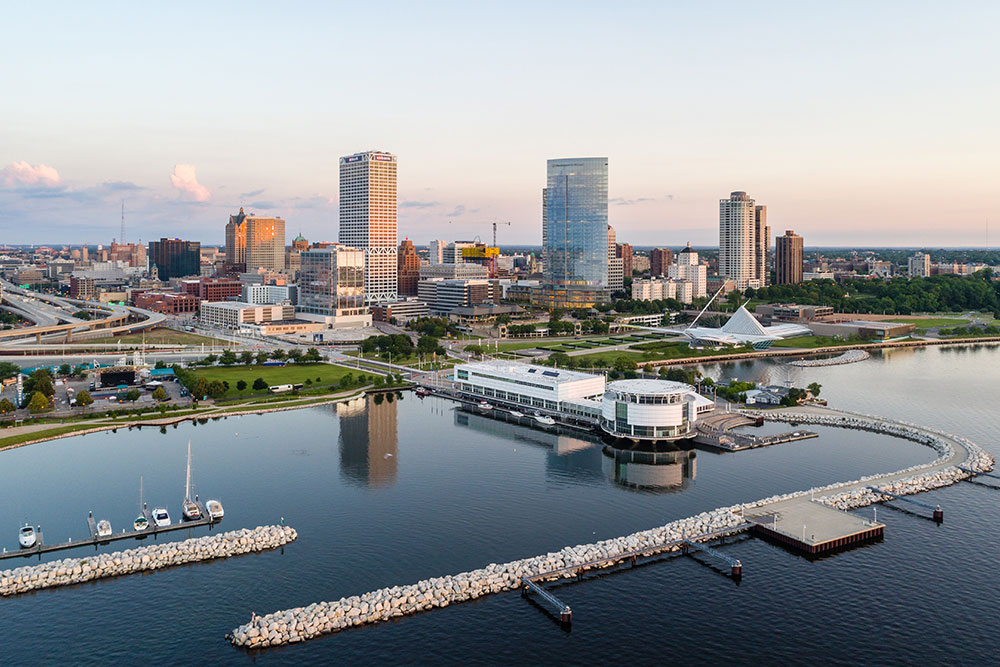 10. We’re in the middle of everywhere.

Coastal folks like to call this flyover country, but we know that our central location just means we’re close to so much action. After reading the rest of this list, I know you’re ready to move to Milwaukee and never leave, but everyone loves a weekend away and there are so many options within about a half day’s drive: Chicago, Minneapolis, Indianapolis, Des Moines, Cincinnati, St. Louis, Louisville and Detroit can all be reached in less than seven hours.

That means you can get up early and be somewhere totally new for a late lunch. If you’re willing to spend just a bit longer in the car, you can also reach Kansas City and Cleveland and Memphis, plus Nashville and Pittsburgh within a day.

That’s not even taking into account all these gorgeous spots in Wisconsin you can check out in a weekend, like the Northwoods, Lake Superior or Door County. The point is there are dozens of cities within an easy drive and the ability to hop in a car and check out somewhere totally new for a few days is one of my favorite reasons to be here.

Plus, as any local will tell you: there’s nothing like a weekend in Chicago to make you truly appreciate living in Milwaukee.