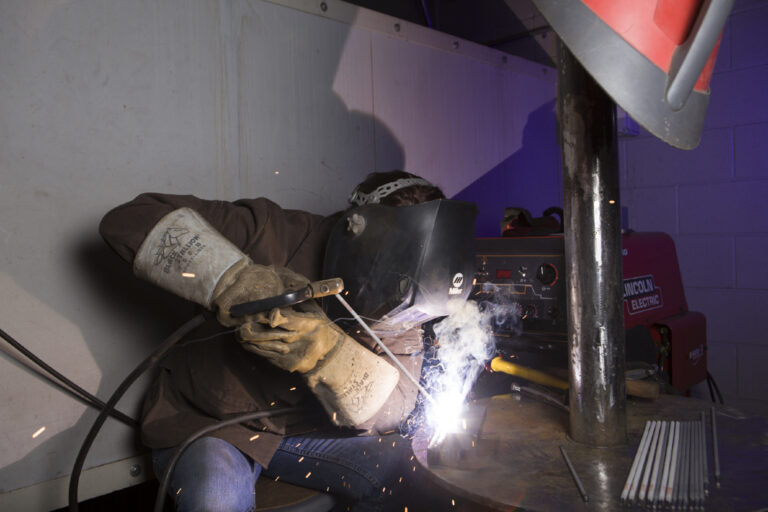 As the oil, coal, and natural gas industries continue to boom in Gillette and Campbell County, so do the service and support industries, which has led to an unprecedented number of jobs and opportunities in areas such as information technology and construction.

From Coal to Coaxial

Kevin Couch, owner of Turn-Key Technologies, has experienced those opportunities firsthand. He spent two years working in the IT department of a coal mining operation before starting his own technology company servicing a range of industries.

“Starting my own company was something I always wanted to do,” Couch says. “In Campbell County, the boom in the energy industry has allowed support industries like ours to grow. There’s a tremendous demand to make things happen right now.”

Couch says employees with IT skills are especially in high demand since IT is a core need of every business, particularly those within the energy industry.

“There aren’t a ton of people with those top-tier skills in networking,” he says. “And we need people who not only have the IT skills, but also the customer service skills and the ability to analyze problems, make recommendations, and follow through on those recommendations. There’s that trust the customer needs from you because if their computer is down or their IT system is down, they can’t function as a business.”

Roy Lowell, owner of On the Level Construction, agrees that finding enough skilled labor to meet the demands of a thriving job market can be challenging. Lowell and his wife, Sherry, moved to Gillette from Michigan in 2006. Michigan’s housing market was on the decline, and Wyoming was experiencing a construction boom thanks to a first wave of energy growth.

“We were looking for a place where we could build homes, and with the oil, gas and coal industries, Gillette was a booming place,” Lowell says. “People were moving to Gillette in droves. When I moved here in 2006, the entire state had a total of 400,000 people, and now the population is closer to 600,000.”

He says that even though growth is expected to continue, the availability of “skilled workers with the appropriate training” is not guaranteed, and that can be bad for business.

“Here in Campbell County, we pay the high dollar to get the most highly skilled and trained workers, and we have people coming from out of state just to work, but those people are less likely to buy a home and establish roots. We need more homegrown, skilled workers,” he says.

Couch, who has lived in Gillette since 2002, says this second wave of growth is much more “controlled” than the growth the region experienced at the turn of the century.

“We’re on the flip side of that now. I’ve been in Campbell County since 2002, so I lived through the first energy boom on the coal bed and methane side,” he says. “Looking back, that growth was out of control. You just couldn’t keep people, and you couldn’t keep on top of the growth. It was go, go, go. We were working 12- and 14-hour days for a few years. This growth is more calculated.”

He says part of the reason is that the community has matured in terms of its livability.

“Campbell County has matured a ton. There’s a lot more infrastructure. There are a lot of amenities you can’t get anywhere else in the region. Gillette has become a more livable community as opposed to just some place people came to work,” Couch says.