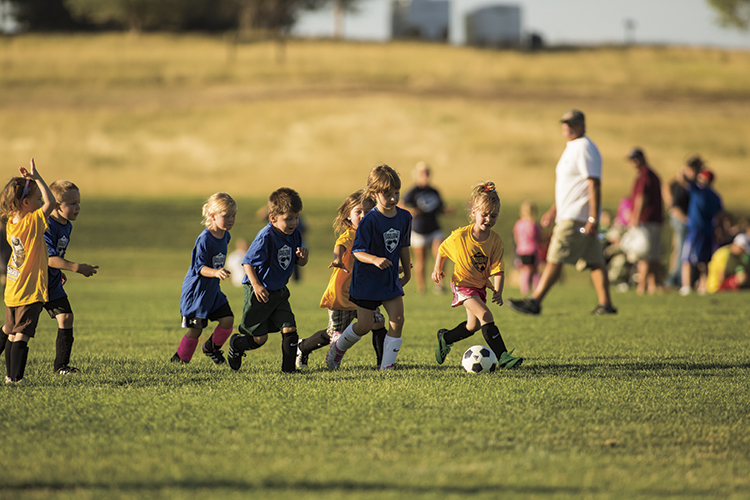 When folks in Wright, Wyo., look back at their town’s history, they don’t have to go far to reach ancient days – try the late 1970s. A short past, perhaps. But Wright is flourishing, with a bright future for many years to come.

Established to accommodate workers who flocked to newly opened coal mines, the town was at first a collection of trailers, then a few houses, and now a full-fledged municipality. It offers the small-town friendliness you might expect in a community of 1,807 (another 700-800 live in the surrounding unincorporated area).

But Wright also enjoys an excellent quality of life and an economic outlook most cities would envy, thanks to the booming minerals industry.

“Economically we are not as strapped as maybe some other places, so we are able to have nice facilities, good streets, several parks and a new state-of-the art rec center that’s probably nicer than any rec center in a town this size in the U.S., ” Mayor Tim Albin says.

“We get a lot of people who come through on their way to Mount Rushmore or Yellowstone, and we try to give them an idea of what northern Wyoming is about and explain why people are out here in the middle of nowhere,” Albin jokes.

A new town hall is expected to open in 2014, and should accommodate Wright’s need for at least another 25-30 years, he says. Also on the horizon is a new agriculture center, a partnership between Wright and Campbell County. Work on the center is expected to begin in spring 2014.

“It will be a multipurpose facility oriented toward horses, where people can board their animals, and have use of indoor and outdoor arenas,” says Brandi Beecher, Wright economic development coordinator. “It’s also an economic development opportunity, where we can host an event and bring people into the community.”

At this point in Wright’s life, economic development is all about “making our community more attractive to people and businesses,” Beecher says. “Part of the challenge of being such a young community is commercial development and keeping up with population growth as far as housing goes.”

It’s hard to attract businesses without adequate population, and with limited commercial space available. And housing is an ongoing challenge too, she says, but both are being addressed.

“With the oil field development that has taken off recently, jobs are plentiful. And as there is more and more development in the uranium fields, oil fields and coal mines the area will remain strong,” Beecher says. “Wright has a great future.”

Read more about living in Gillette.