Skip to content
Home > WY > Jackson > Where to Live Now > Why Jackson, WY, Is a Best Small Town

Why Jackson, WY, Is a Best Small Town

Locals consider this mountain town a great place to live 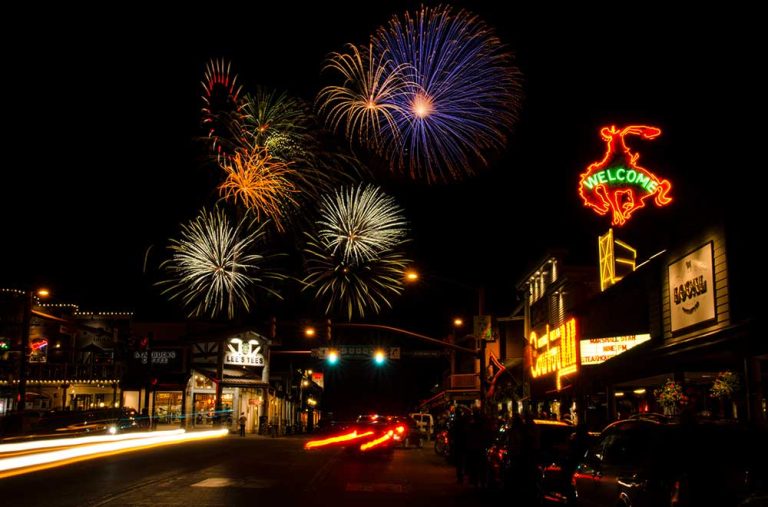 Jackson / Courtesy of Mr. Jason Hayes under a CC 2.0 license.

Resi Stiegler, an Olympian and member of the women’s U.S. Ski Team, considers her hometown of Jackson, Wyo., one of America’s best places to live for more reasons than she can count, but especially for its wild, rugged beauty. Access to amazing natural attractions, great health care and good schools helped Jackson earn a place on Livability.com’s Top 100 Best Small Towns list.

“I grew up a Wyoming girl and love the harsh climate and drastic seasons,” she says. “The wide open spaces really speak to me.”

For Stiegler and many others, those wide open spaces include some of the world’s most popular ski slopes at Jackson Hole – whose 2,500 acres of skiable terrain tower above the valley floor – and Snow King Mountain, the lesser-known but cherished “town hill” that offers enchanting night skiing and snowboarding above the shimmering lights of Jackson.

As central as it is to the town’s allure, though, snow fun is only one of Jackson’s long list of attractive qualities – ranging from mouthwatering cuisine and boutique shops to four-star inns and cowboy hoedowns in a place that bills itself as “The Last of the Old West.”

In Livability’s ranking of the Top 100 Best Small Towns, Jackson scored especially high in health care and amenities. The high marks in health care reflect not only accessible treatment at St. John’s Medical Center and other local care services, but also an overall emphasis on wellness and fitness among Jackson residents, according to Mayor Sara Flitner.

“We live in the mountains, and we get out into them every chance we get,” Flitner says. “That means as a population, we value health because it allows us to enjoy the kinds of activities we love – biking, skiing, rafting, climbing, horseback riding – there is a lot to enjoy.”

Enjoying those things with friends and in groups is a key trait that explains Jackson’s appeal as a best small town, she adds, noting that most transplants “come here for the mountains but stay for the people,” the strong sense of community that binds them as they rely on each other through long, cold winters in a relatively remote part of the Rocky Mountains.

Jackson’s strong community ethic spills over into the amenities its resorts, inns, spas, restaurants, shops and other businesses offer to guests, Flitner says. “It’s just a pleasure to serve a community who is committed to service, improving things and helping.”

In the end, those attributes and more cement Jackson’s strong reputation as a great place to live and as a destination where visitors sense the welcoming spirit right away.

In the mayor’s view, “We are home to the best skiing in the country; we have two national parks in our backyard,” the nearby Grand Teton and the easily accessible Yellowstone, “and the largest populations of big-game animals in the lower 48. We welcome visitors and enjoy sharing these incredible assets.”

“There is no more beautiful place on the planet,” she says. “We get great culture and arts year round, and the food is pretty dang fine, too.”

Stiegler, who frequently travels far from Jackson as part of the U.S. Ski Team, strikes a similar chord as she considers the vast wonder of her hometown.

“I feel blessed to have been born and raised in Jackson,” she says. “It’s a powerful, magical place, a place we respect and want everyone to respect and appreciate.”