Big cities like San Francisco are known for being LGBTQ-friendly, but if you're looking for a change of pace, these unexpected small cities and towns deserve a second look. 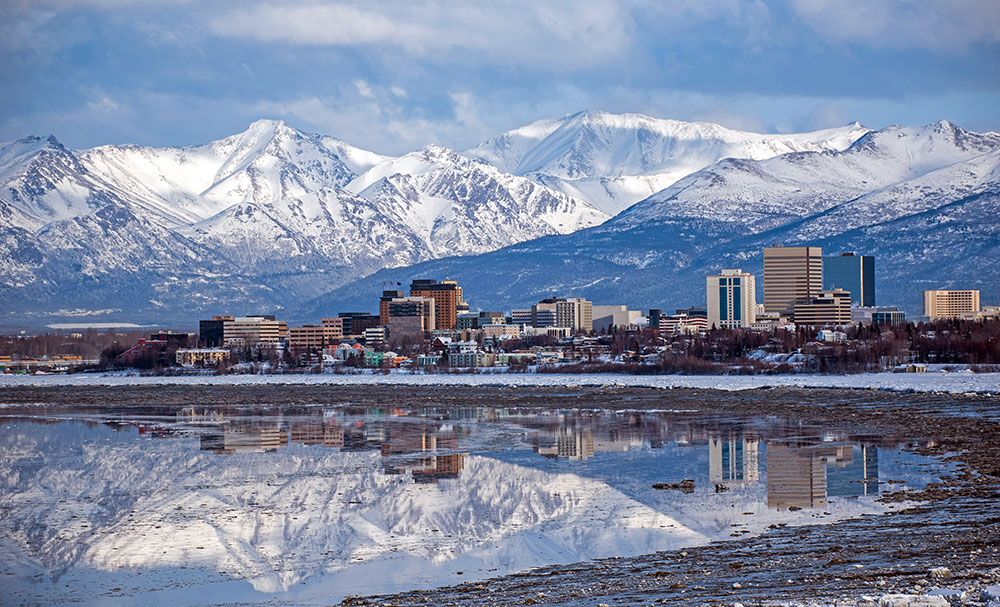 Big cities have long been the go-to places to live for members of the LGBTQ community looking for an enjoyable and inclusive place to call home. Times are changing, and now those seeking the more relaxed pace of life found in smaller cities and towns have a variety of options to choose from. In other words, if you’re looking for tolerance, culture and diversity, you’re no longer limited to major metropolises. And some of the small cities that are emerging as LGBTQ centers might come as a big surprise. >

We scoped out five small cities across the country that are earning a reputation for being LGBTQ-friendly with their growing queer populations and wide range of inclusive events, businesses and social environments. If you’re looking to escape the big city, these awesome (and unexpected) places are ready to welcome you.

Alaska may not be the first place that comes to mind when looking for a queer-friendly city to call home, but Anchorage scores well on the Human Rights Campaign 2017 Municipal Equality Index (MEI). The MEI examines how inclusive a city’s municipal laws, policies and services are of LGBTQ people who live there. With a score of 85 out of 100, Anchorage deserves a closer look.

Thinking about relocating? Here’s all the info you need to make your decision — and where to find it.

Home to Alaska’s Pride organization and Identity Alaska â€” the state’s primary LGBTQ support group â€” Anchorage creates an atmosphere of acceptance for its queer residents with a parade that boasts an attendance of over 10,000. Pride festivities aren’t the only gay-friendly events throughout the year either. Mad Myrna’s is the area’s gay bar and cabaret, and hosts a variety of events including drag shows, dance parties and Drageoke! This city is perfect for those seeking a place that offers plenty of acceptance and fun, along with the outdoor adventures Alaska is known for. 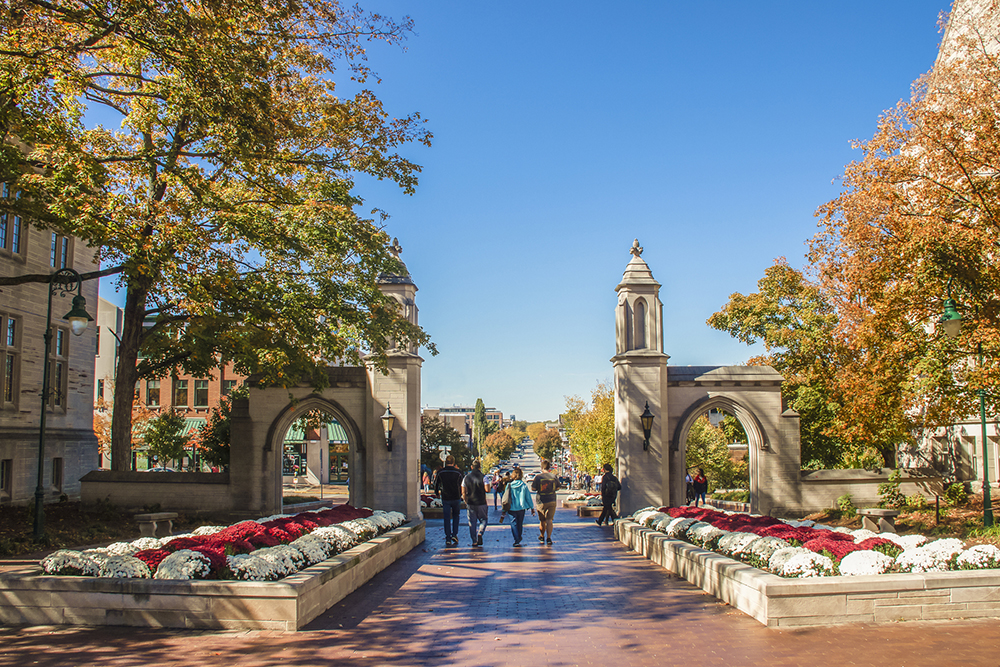 Scoring an impressive 100 on the MEI, Bloomington is a progressive college town that takes pride in its reputation as an LGBTQ-friendly location. The Visit Bloomington website offers an LGBTQ Visitors Guide as a tip-of-the-hat to the LGBTQ community which has helped shape the city’s culture. There you will find an impressive list of gay-friendly restaurants, bars, coffee houses and stores. There is also a list of queer social events to attend including the city’s Pride Film Festival, a three-day event that has been around for 14 years. This charming and fun-filled city is ideal for those looking for a hometown where they can really be out when they are out and about. 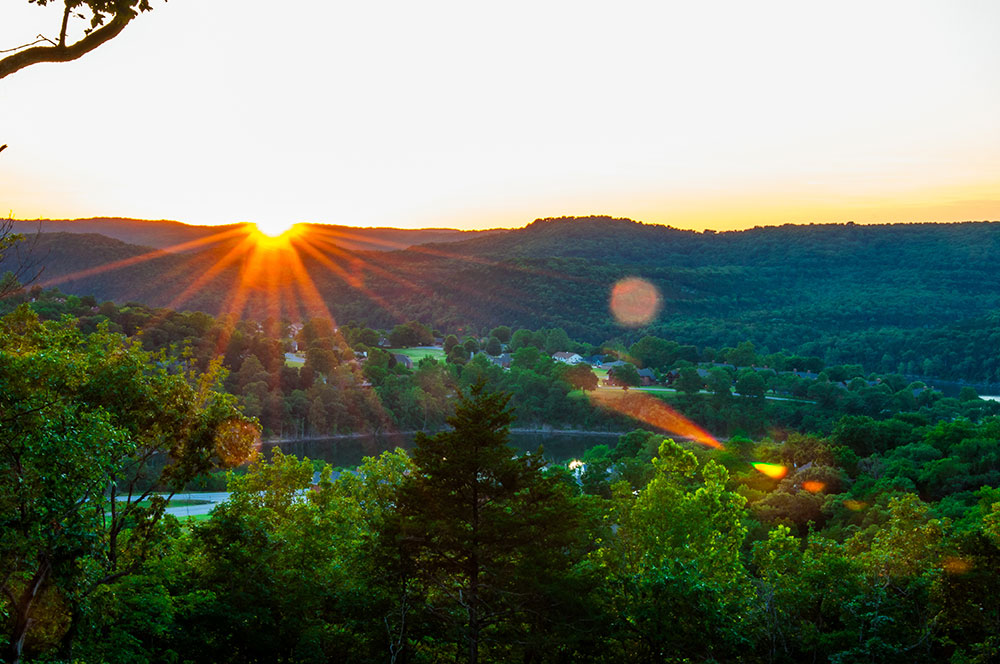 Located in the Ozark Mountains of Northwest Arkansas, this Victorian spa town has a long history of promoting tolerance. With just over 2000 residents, Eureka is small but mighty enough to be referred to as the gay capital of the Ozarks â€” a title it earned partially through its many attempts to pass city ordinances prohibiting discrimination.

The Ultimate Guide to Finding Your Best Place to Live – 2016

Ready to move but aren’t sure where to go? These 20 questions will help you figure out the best place to live for you.

There is no shortage of events for members of the queer community to attend. Diversity celebrations take place throughout the year with a multitude of festivals, parades, drag shows and dance parties. Same-sex couples can be seen walking down the street holding hands without fear in this unique Southern town that dares to take a stand against prejudices that still exist in the surrounding region.

Named the second gayest city in America by the Williams Institute in 2010, this subtropical locale has just 12,600 residents but managed to score 100 on the MEI. Wilton is home to a large number of gay-owned and gay-friendly businesses and even has a gay strip mall: Shoppes of Wilton Manors.

In 1988 the city elected Broward County’s first openly gay official and the current City Commission has a gay majority. Wilton Manors has many city ordinances in place that extend equal benefits to the LGBTQ community along with protections against discrimination in both employment and family-oriented affairs. Members of the LGBTQ community can work and live comfortably in every neighborhood of this city as there is no “gay neighborhood” â€” instead, the entire town is considered inclusive and safe for all residents. 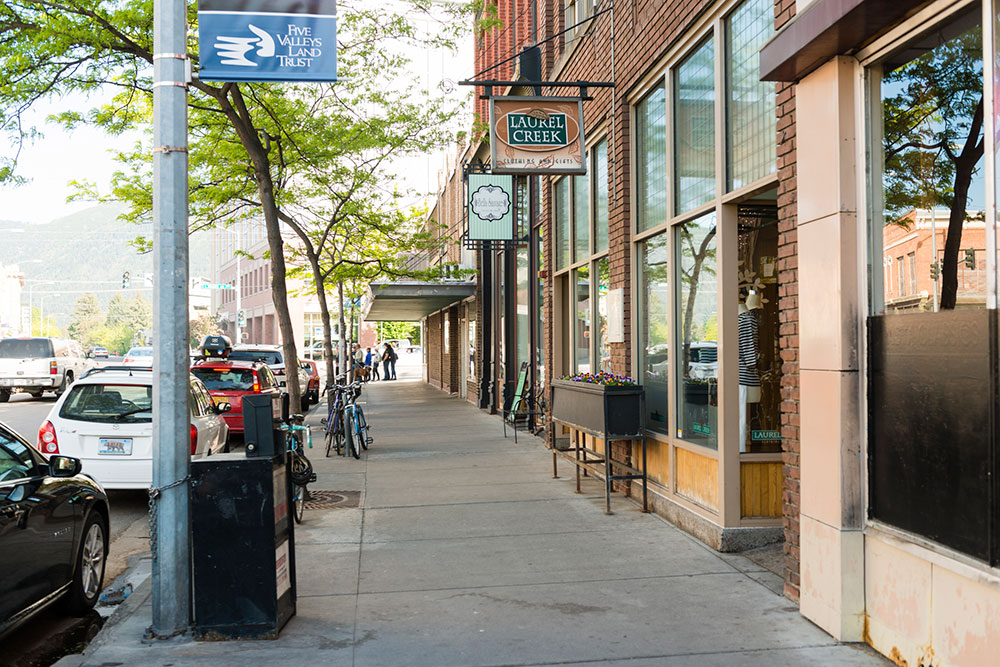 If the idea of living in Big Sky Country appeals to you, then Missoula is the perfect place to relocate. With a youthful community supported by the University of Montana â€” a progressive liberal arts school â€” an array of gay-friendly bars and restaurants can easily be found. Founded in 1998, The Western Montana LGBT Community Center is located in Missoula and runs an array of support groups and events where LGBTQ residents are welcomed and can find support and connect with others.

Everything you need to know about making a big move, according to experts and people who’ve done it.

Its proximity to national forests, rivers and lakes makes this small, inclusive town the perfect place for individuals looking for easy access to ample outdoor recreation opportunities such as hiking, biking, horseback riding and more. Being active, outdoorsy and openly queer is not unusual when living here.