Skip to content
Home > AL > Birmingham > Where to Live Now > Avondale: the Rebirth of a Historic Birmingham Neighborhood

Avondale: the Rebirth of a Historic Birmingham Neighborhood

How do you revive a dying neighborhood? A restored park. Community collaboration. Oh, and some beer and barbecue. 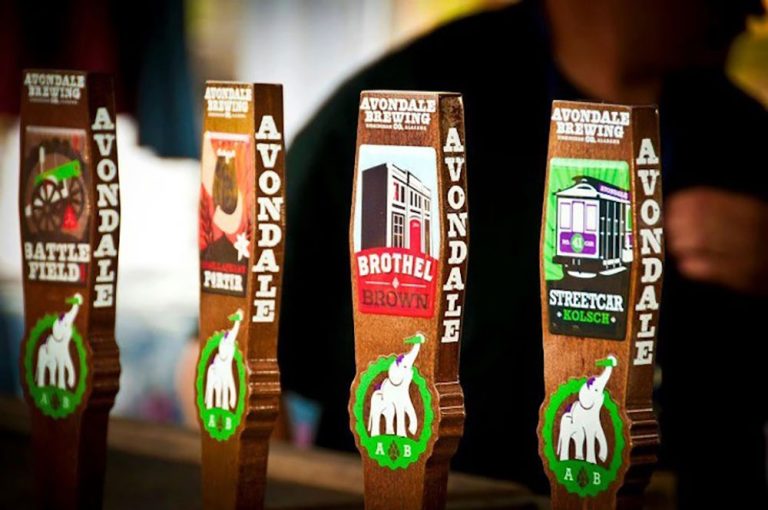 During the Second Industrial Revolution, Birmingham’s Avondale neighborhood thrived along with the entire city. Its main street – 41st Street – ended at Avondale City Park, which was home to Birmingham’s first zoo and offered the residents a beautiful gathering space. Like other industrial areas, Avondale fell into decline during the civil rights movement. The combination of poor air quality and white flight turned it into a place that people no longer drove to – only through.

Recently, the Avondale district has reemerged as a hotspot thanks to a massive renovation executed by members of both the private and public sectors. According to David Fleming, president and CEO of REV Birmingham, the area’s easy access to downtown, infrastructure for a main street, and the city park made Avondale a targeted area of interest for developers.

Fleming says that two critical things converged between 2007 and 2009 that instigated change for the Avondale area: a neighborhood coalition created plans to upgrade Avondale Park, and the federal government put together a recovery bond program.

“The federal government created the bond in response to the economic decline hoping to stimulate the economy,â€ says Fleming. “They were looking for ‘shovel ready’ projects.â€ Because the coalition had already completed architectural and conceptual plans around a park renovation, Fleming says, “We were able to say, ‘You want shovel ready? Here you go!’â€

What resulted was a three million dollar investment in the restoration of Avondale Park.

The bond took the planned improvements to a new level. A series of baseball fields located inside Avondale Park had hosted the socially diverse Southside Baseball Association since its inception in the 1950’s. In 1953 the association’s baseball team claimed the Little League World Series title giving it a bit of a name and adding to park’s intriguing history. Bond money was used to give the fields and concessions a facelift while also renovating the amphitheater, an existing pond, a spring-fed grotto and the picnic pavilion, creating an idyllic setting for events and visitors.

Around the same time that the park was being renovated, a group of investors began buying up the historic commercial buildings along 41st Street. Fleming says, “They were already thinking Avondale was where they wanted to make an investment and one of the things that gave them confidence was seeing what the city was doing.”

Another gamechanger: Alabama’s laws had just changed to allow craft brewing to be commercially viable.

“These guys wanted to start a brewery, so they renovated a historical building on 41st street and put a brewery in it that they branded as Avondale Brewing,â€ explains Fleming, who believes the business is one of the things that began changing people’s minds about Avondale.

Avondale Brewing prides itself on bridging the area’s past and present. The business boasts its dedication to revitalizing the neighborhood and reviving the legacy of Avondale – and their commitment shows. From the building the brewery is housed in, which at various times contained a pharmacy, a saloon, and a brothel; to the branding of their products, which they infuse with the area’s local characters and historical icons; the brewery has helped share the neighborhood’s fascinating history with visitors to the city.

Brandon Cain is the Owner of Saw’s Soul Kitchen, the first restaurant to open on 41st Street. He lived in Avondale for five years before his business opened and says, “It was definitely edgy… and kind of forgotten.â€ Cain was preparing to move to Nashville where he thought his career as a chef would be more likely to take off when he was approached with a unique opportunity to take a chance on opening a restaurant on 41st Street.

“The city putting the money into the park was a big deal for us and a sign for me,â€ says Cain, who took the leap and opened Saw’s Soul Kitchen in 2012. His roll of the dice paid off with the restaurant’s overwhelming success.

With the introduction of Avondale Brewing and Saw’s Soul Kitchen, 41st Street began to thrive. “Six or seven years ago, it was a largely vacant street with about a 70 percent vacancy. Today it’s got a 5 percent vacancy,â€ says Fleming. Food, beverage and entertainment establishments make up the majority of businesses lining the historic avenue, and they’ve helped put it back on Birmingham’s map as a desirable destination. “It’s become a mixture of some of the coolest food and restaurant concepts in town,â€ explains Fleming. “It’s a classic turnaround story around food and beverage.”

The once nearly-abandoned Avondale now draws a large variety of people to the area. “You’ll see people from the local government, telephone workers, blue-collar employees and every walk of life,â€ Cain says. “It’s pretty amazing to see what food can do.”

While Fleming admits that food and beverage put the neighborhood back on the map, he says the value of place – from the historic park to the historic main street – can’t be discounted. “Avondale is Avondale. It’s not anywhere else because of those elements, and really valuing that is part of the story too.”

Cain agrees. “We wanted to try to be part of building something in a community that didn’t have opportunities in it. Being a part of the greater good is a big focus of ours.”

Things You Should Know About Living in Birmingham, AL

Fleming, a self-proclaimed building hugger, echoes Cain’s sentiment. He says one of REV’s core values is to adapt, reuse and preserve as much historic fabric as possible in emerging districts. “Avondale’s still got that old industrial grit to it–which I hope it never loses,â€ Fleming explains. “It’s part of the uniqueness of it. It’s the story of public and private effort coming together at just the right moment.”