How New Technology is Changing Business in Fayetteville, AR 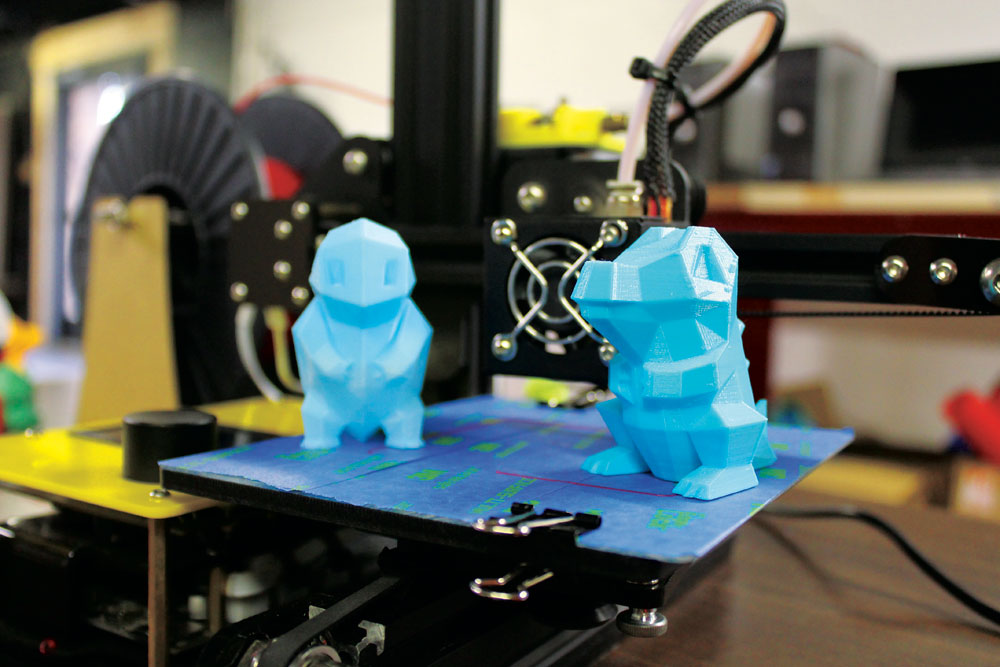 Some of the most recognizable names in manufacturing have a presence in Fayetteville.

Tyson Foods, for example, has been producing Mexican OriginalÂ® products since 1983 in addition to its well-known chicken products, and Pinnacle Foods recently added EVOL to the list of brands it manufactures locally.

Meanwhile, another manufacturer with a long and storied history, Marshalltown, has completed two major expansions in Fayetteville in the past three years, adding 50,000 square feet of production space and another 60,000 square feet to its local distribution center.

According to Paul Thompson, Jr., Marshalltown’s in-house counsel and director of human resources, the company’s Fayetteville operation isn’t just larger, it’s getting increasingly efficient, thanks to a willingness to incorporate new technologies.

“We have done a lot with automation and robotics that has allowed us to stay ahead of the curve,â€ says Thompson, noting that automation has also allowed the company’s human assets to take on other tasks and challenges. “Marshalltown is 127 years old, and you get to be that age by being a market leader and having a product people know they can depend on, but also by being flexible and willing to embrace change.â€

Yet another company that has a longstanding history of staying on top of new technologies is Collier Drug Stores, which is celebrating its 100th anniversary in 2017.

“Aside from the state capitol, we were the first [in the state] to have automatic sliding doors and we first started using computers in 1974,â€ offers Marketing Coordinator Lauren Underwood. “We’ve always tried to stay on the forefront of pharmacy tools to make sure we’re as productive and efficient as possible,” she says. “But through it all, we’ve tried to keep the same family feel that you would have experienced 50 or 100 years ago.”

Meanwhile, a much newer local outfit, Field Agent, is making a name for itself thanks to its mystery shopper app, which enables consumers to use their smartphones to deliver information to companies that are looking for data about their own products in places like retail stores. In return, those consumers are compensated for the intelligence they provide via cash payments made through PayPal.

For his part, CEO Rick West regards Fayetteville as an ideal place to grow a tech-enabled company like Field Agent, emphasizing that it’s a great environment for startups.

“The quality of life is great, the cost of living is fantastic, and we have great talent here,â€ he says. “It’s a win-win in many different areas.â€

Discover How Tech is Changing Business in Fayetteville, AR

“The quality of life is great, the cost of living is fantastic, and we have great talent here. It’s a win-win in many different areas.”