Skip to content
Home > AR > Fayetteville > Experiences & Adventures > Why You Should Discover the Food Scene in Fayetteville, AR

Why You Should Discover the Food Scene in Fayetteville, AR

Get a taste of the community's can't-miss dining spots 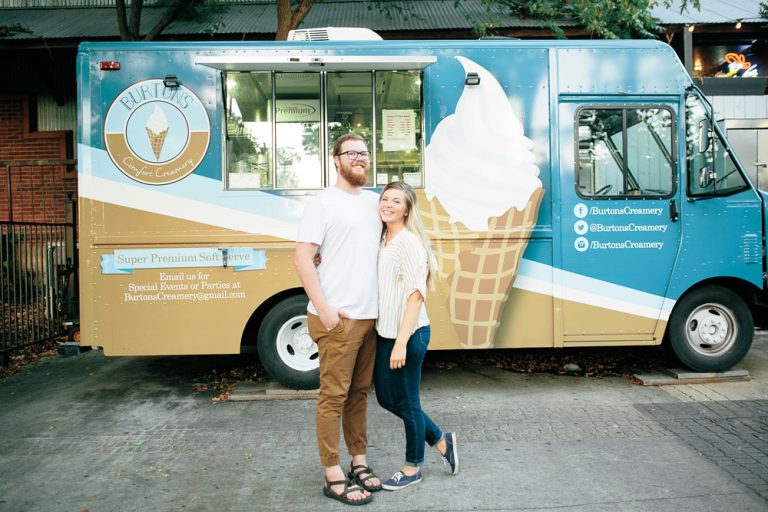 Fayetteville’s food scene is heating up and expanding along with the community, which includes a wide variety of people with unique interests.

For example, there are plenty of millennials – thanks in large part to the University of Arkansas – as well as transplants, moving to Fayetteville from larger cities and in search of hip places to eat. Plus, the community has longtime residents who have seen Fayetteville’s food scene evolve over the years, and they’re hungry for more.

Find More of the Best Restaurants in Fayetteville, AR

Erin Walsh, a Fayetteville transplant who moved to the city to raise her family, operates two food trucks on the corner of MLK and Wood in the Walker Park neighborhood. The Green Goat serves up Cuban cuisine with an Ozark flavor, while The Green Goat’s Chuckwagon offers what Walsh calls “down-home, stick-to-your-ribs food” like sourdough biscuits and sandwiches.

“We draw a lot of millennials, but we also get a lot of the older crowd, especially people who are health-conscious,” Walsh says. “We cater to Paleo, gluten-free and vegan lifestyles, particularly at our Cubano truck.”

“We have a lot of big companies here that are attracting people from all over the country, and our food scene is definitely growing to accommodate the newcomers,” Walsh says.

Why Fayetteville, AR is a Great Place to Live

Open since May 2017, JJ’s Beer Garden & Brewing Co. – also known as JBGB – is one of the newest destinations in Fayetteville’s Uptown District. The 12,000-square-foot restaurant and brewery serves American food and offers live music, showcasing both regional and national acts.

In addition, JBGB has a large outdoor gaming area with sand volleyball, shuffleboard, ping-pong and more, along with an outdoor bar in an Airstream trailer.

“People of all ages enjoy JBGB,” says owner Jody Thornton, who also owns JJ’s Grill, which operates two of its eight locations in Fayetteville. “You can have a nice beer, listen to live music and play some games, and it’s really a family-friendly place.”

“Todd and I hope Southern Food Co. will be a favorite spot that people come back to for years to come,” Marti says.