Skip to content
Home > AR > Fayetteville > Where to Live Now > Why Fayetteville, AR Is a Best Place to Live

Why Fayetteville, AR Is a Best Place to Live 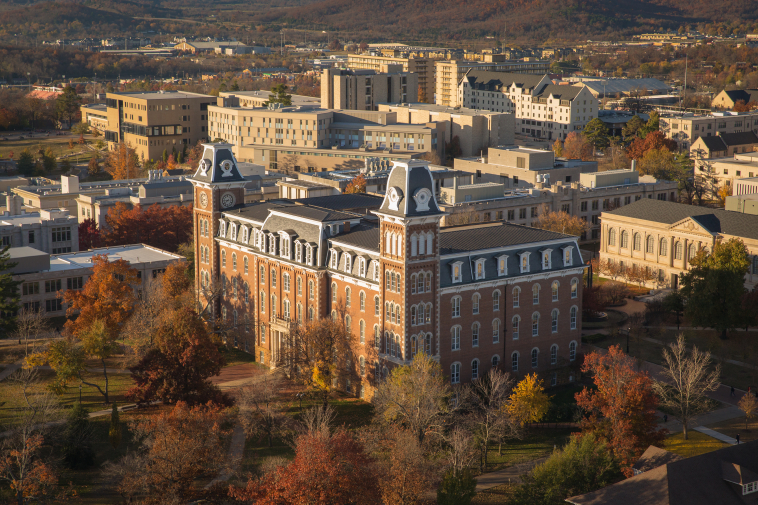 Though it landed at number 99 on the 2017 List of the Best Places to Live, Fayetteville, AR, is a city of firsts when it comes to innovative public policies and quality of life amenities.

If Jordan sounds boastful, it’s because he’s proud of what the city has accomplished over the last decade to make the city more livable for residents and attractive to relocating businesses and families. For example, the city continues to expand its urban trail system, which by the end of 2015 will include 28 miles of multi-use trail paths. Fayetteville also tripled funding for sidewalks, adding to the town’s walkability and connecting downtown and the surrounding neighborhoods to the trails system. By 2016, the town will have built approximately 100,000 running feet of sidewalk.

“We have a 20-mile ‘box’ around the city that we’ve designated as the major growth area, and we plan to have a four-lane road with bike lanes, 10 feet of green space and 5 feet of sidewalk that runs all around the city. You can take a bus. You can drive a car. You can ride a bike, or you can walk around the city,â€ he says.

Jordan is also proud of Fayetteville’s status as a Tree City USA and three-time winner of the America in Bloom award. The city’s parks and recreation department, which operates 72 urban and neighborhood parks and three lakes, developed a native grass program to plant native Arkansas prairie grasses – which became almost extinct due to cattle industry – along the trails. But while Fayetteville excels in walkability and sustainable planning, the city is also gaining a reputation for its vibrant arts and cultural scene, thanks in part to the University of Arkansas and the generosity of the area’s most well-known family.

Read About the Best Fishing Spots in Fayetteville, AR

“We have some great amenities here. We have the 1,200-seat Walton Arts Center in the middle of downtown,â€ Jordan says. “The arts center is undergoing expansion of another 150 seats, and the city will add a parking facility next door that will help with downtown parking and add office space for the center.”

Fayetteville holds the First Thursday local art exhibit each month at the Fayetteville Underground nonprofit art gallery and sponsors Arts on the Trails, a program that displays local artists’ works along the city’s trail system. The city also hosts one of the top farmers markets in the country, which welcomes 150,000 visitors each year during a six-month run.

Many of the city’s amenities have followed the growth of the University of Arkansas, which has increased its enrollment by 10,000 in the last 10 years. With a population of 26,000, Jordan says the university is one of the largest economic drivers of the city. University officials work with the city, economic development organizations and local businesses to ensure a steady pipeline of talent to the area’s workforce.

“I have a triangle model for the city – on one side is economic, on the other is the environment and at the base is social. We feel as though if we keep that triangle balanced without one side getting more elongated than the other, we’ll have community sustainability, which pulls everybody together,â€ Jordan says. “We don’t have a consumer-based government, where everybody asks, ‘what’s in it for me,’ but instead we have a partnership-based government where everyone is part owner of the city, and we move it forward together.”