These Are the Best Places To Retire in Tennessee

The Retire Tennessee program helps current and prospective residents narrow down the best places to spend their second act. 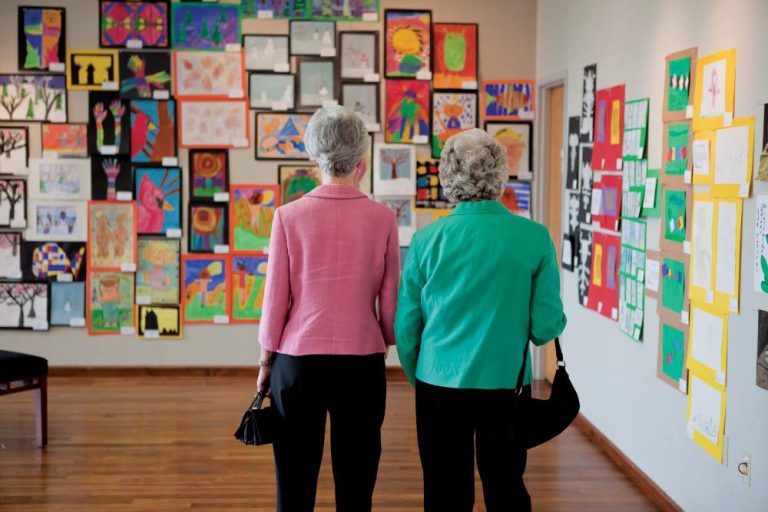 While Tennessee is known as the birthplace of country music, a whiskey capital and the home of the stunning Great Smoky Mountains National Park, this great state has also been recognized as an up-and-coming destination for retirees.

The Volunteer State offers those looking to relocate and retire the ideal place to call home. For starters, living here may save you a few bucks. Currently, Tennessee’s cost of living is relatively low compared to other states, thanks to its lack of a state income tax. There’s also no tax on prescription medications here. In fact, according to the 2021 Cost of Living Index, Tennessee ranks in sixth place for the lowest cost of living in the nation.

Many retirees are also seeking a slower-paced lifestyle with milder weather and plenty of ways to fill their days. From music and world-renowned food to the more than 60 national and state parks that Tennessee boasts, whatever you are looking for in a place to retire, this state has it.

The Retire Tennessee Program is a state government initiative designed to highlight the most ideal locations to retire in across the state. The program comprises 17 urban and rural communities that provide all of the amenities and resources to meet the state requirements of being recognized as a retirement destination. In addition, each community has also earned the American Association of Retirement Communities Seal of Approval. So just where exactly are the best cities across the state to retire?

A look at the top 10 most livable cities in the Volunteer State.

Fore! Golf lovers looking to retire in Tennessee need not look further. Crossville is considered the “Golf Capital of Tennessee” thanks to the area’s nine championship golf courses. Tucked in the foothills of the Blue Ridge Mountains, the city also offers plenty of other outdoor recreation opportunities, including walking trails and horseback riding. If you’re religious or spiritual, the city boasts more than 70 places of worship to choose from. Because of its reputation as a great place to retire, Crossville is home to several sizeable active adult retirement communities.

And, if none of the above appeals to you, perhaps the two well-reviewed wineries in town will. The variety of delicious wines from Crossville’s own Stonehaus Winery are now the featured wines at the Grand Ole Opry.

Just 30 miles south of Nashville, the rolling hills of Maury County span across Columbia, Spring Hill and Mount Pleasant, but we couldn’t choose just one city to highlight. The whole of Maury County is an idyllic place to settle down and enjoy a slower-paced life without losing any of the amenities of a bigger city.

A few of the county’s biggest draws are its low cost of living, booming economy and proximity to quality healthcare, and it’s no secret why people are moving in droves from the West Coast to take advantage of all Maury County has to offer.

Keep your schedule open for next weekend because we have the perfect Maury County trip planned.

The region boasts an abundance of shopping, entertainment and 240 acres of outdoor recreation. The scenic Duck River, the most biologically diverse river in North America, runs right through Maury County and is ripe for fishing, bird watching and kayaking. Columbia’s Riverwalk Park is also a favorite for walkers and bikers. From annual festivals like the fan-favorite Mule Day to historic Civil War trails and three wineries, residents always have something to do.

Maury County is also home to two sizable active adult retirement communities — a testament to the region’s Southern charm and an incredible array of amenities.

This suburb just east of Memphis offers those looking to retire a charming, small-town feel while still being close to all of the amenities of the city.

Germantown is known for its equestrian roots and hosts the esteemed Germantown Charity Horse Show. Horseback riding is a large part of this community, and many beautiful pastures and stables are scattered around the area. Those looking to ride will have plenty of opportunities to do so! If horses aren’t your thing, there are plenty of other ways to get out and about: the Germantown Greenway for biking and walking, the excellent Germantown Performing Arts Center and the Germantown Athletic Club are just a few. The city of Germantown also takes great pride in its peaceful nature thanks to a consistently low crime rate (one of the lowest in the state).

While there is always something going on in Germantown, from the horse show to its many beloved festivals, the proximity to Memphis for great entertainment and food is also a huge draw. However, Germantown residents don’t need to travel far for great healthcare — the city is home to major hospital Methodist Le Bonheur.

Set along the Appalachian Mountains in northeast Tennessee is the scenic Johnson City. Established as a railroad town in the 1850s, this city does not lack charm, and its downtown is packed with local restaurants, art galleries, music venues and coffee shops.

Johnson City ranked #56 on our list of Top 100 Best Places to Live in 2018, partly due to the low cost of living (it ranks as one of Tennessee’s most affordable cities). Proximity to highly-rated healthcare options like the award-winning Johnson City Medical Center and Franklin Woods Community Hospital is also hugely appealing.

In addition to all of these perks, one of the biggest draws for more and more retirees to call the city home is the unparalleled beauty of East Tennessee. Hike through lush forests in the 725-acre Buffalo Mountain Park or visit Boone Lake for fishing or boating. The area also features several waterfalls, including the easily-accessible Blue Hole Falls.

Good schools, a thriving job market and plenty of recreational opportunities are just a few reasons to call Tennessee home.

If you’re a fan of fishing and looking to retire in Tennessee, Union City in Obion County just might be the place.

Twenty percent of the city’s population is 65 and older, and it is the city’s many targeted amenities that make it a top place to retire to in Tennessee. World-class fishing awaits at Reelfoot Lake, known for its bluegill and crappie fishery. The city’s cost of living is also a whopping 27.1% lower than the U.S. average, so folks looking to settle down here will get more bang for their buck.

Although it’s a small city with just over 10,000 residents, don’t let its size fool you. Union City has plenty to do, including the state-of-the-art Discovery Park of America Museum and the White Squirrel Winery. In addition, it offers several different active adult communities and assisted living facilities. And, because of its smaller population, the tight-knit community here is unrivaled.

Located just outside Knoxville in East Tennessee and known as the “Lakeway to the Smokies,” Loudon County is home to several lakes and rivers, making it an ideal location for people looking to retire on the water. Endless waterfront activities are at your fingertips here, including incredible fishing and boating. In addition, the county’s renowned lakeside retirement community Tellico Village spans over 5,000 acres and is touted as a premier retirement community in the Southeast.

While there are plenty of shops, events and delicious local restaurants in the area, Loudon County is just a quick 24 miles outside of Knoxville, where you can drive up to catch a University of Tennessee football game or stroll around downtown. It really is a win-win!