Western Arkansas About to Boom with Interstate Completion

Anticipated completion of I-49 creates new avenues of growth in Western Arkansas. 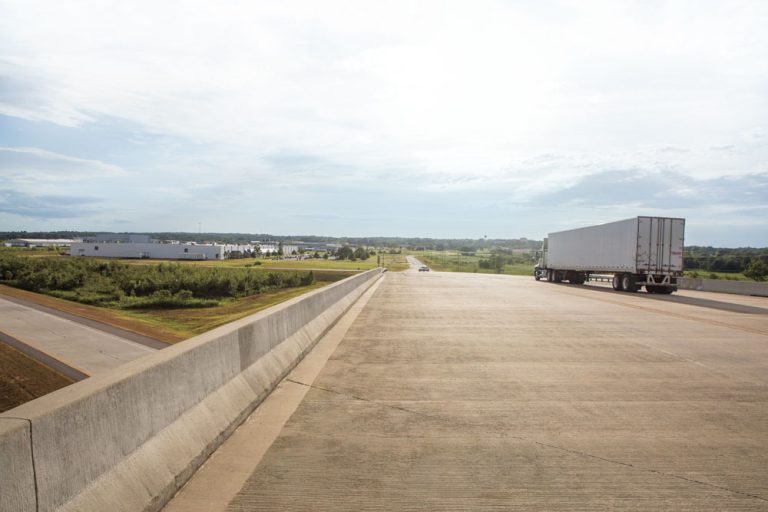 Western Arkansas can rightfully boast of superior transportation infrastructure and that reputation will only be further enhanced with the anticipated completion of a 150-mile stretch of Interstate 49 between Fort Smith and Texarkana.

A network of major highways, including U.S. Route 71, U.S. Route 64 and Arkansas Highway 22 serve Western Arkansas, and those roads offer convenient access to Interstate 40, I-540 and the currently completed sections of I-49. When completed, I-49 will be a 1,700-mile north-south corridor linking New Orleans to Winnipeg and running through Western Arkansas.

“In July 2017, I had people from Dubai call me and ask about the progress of their plane being repaired at our airport, and another recent job involved having an entire plane painted that is used by the U.S. Army Golden Knights Parachute Team,” says Fred Ogden, manager of Mena Intermountain Municipal Airport. “You could actually transport a crashed airplane by truck to our facility and then have the airframe repaired, engines repaired, interior redone, avionics reworked and everything else that could possibly go into repairing it.”

Mena Intermountain features an east-west runway and a north-south runway, and the airport has room to expand.

“When I-49 eventually gets completed around here, the interstate should be only about a half-mile from the airport’s north entrance,” Ogden says. “We will become a prime spot to take advantage of intermodal transportation.”

The completion of I-49 in Western Arkansas has been a major rallying cry for regional officials and local citizens for many years, and now there is talk that construction is close to resuming. About 85 percent of the interstate is complete from New Orleans to Canada, but the biggest uncompleted gap is in Western Arkansas.

“The construction will ultimately happen, and the completion of I-49 will set off an economic development growth boom that could last throughout Western Arkansas for the next 35 years,” says Keith Greene, mayor of Alma. “I hope our citizens are getting ready for all this because the announcement is getting closer.”

Greene says a key reason for prompting current talks for the completion of I-49 is the Trump administration’s advocacy of a national infrastructure bill.

“The infrastructure of the Midwest has been neglected for quite some time, and in May 2017 I had a meeting with key people on the I-49 South Coalition committee and asked that whenever the infrastructure bill passes, where will the completion of I-49 rank on the priority list,” he says. “They told me it would be in the top 10 percent of infrastructure projects in the United States, and perhaps the top 5 percent.”

See Which of Your Favorite Foods are Made in Western Arkansas

Alma has branded itself as the Crossroads of America, largely in anticipation of the I-49 completion announcement. Alma is already only five miles from I-40.

“Our entire Arkansas River Valley will become highly accessible once I-49 construction happens, and the nearby city of Van Buren could even establish itself as an Arkansas River port,” Greene says. “We currently have no distribution companies in the region, but we have an ideal location where they will want to be. It’s not far off, and it’s exciting to think about it. This will mark the beginning of major industrial-type growth in our region.”