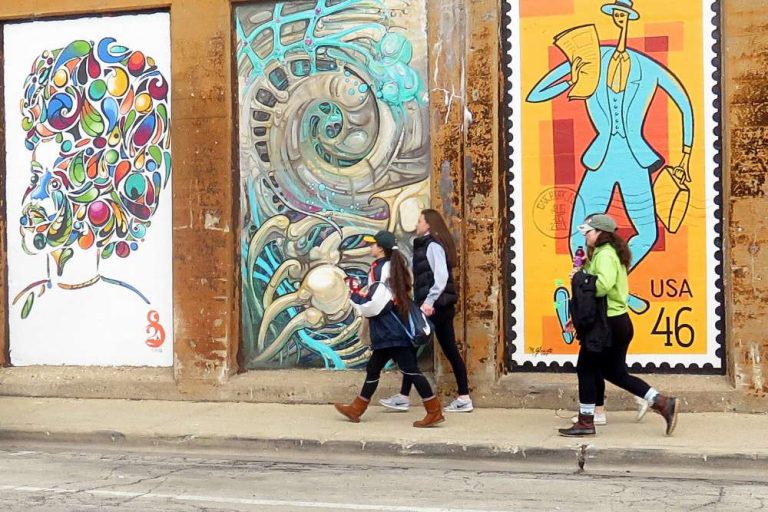 Courtesy of yooperann under a CC 2.0 license.

Among the many needs a city leader must address, attracting young residents is an important one. The 18- to 35-year-old age group we call millennials (born between 1980 and 2005) are the largest living generation, numbering almost 80 million in 2016, according to the Pew Research Center, and their buying power and cultural influence is only growing. It’s no surprise that this group is of special interest to American mayors. In fact, a survey of nearly 50 mayors earlier this year by Politico Magazine found that 85 percent named attracting millennials to their city as one of their top 10 priorities.

Herein lies the dilemma: while city leaders clearly want millennials to move in, they do not always understand what makes this generation tick.

Half of the mayors told the Politico survey that they highlight their city’s cultural amenities, like music clubs and hip restaurants, as the “single most important characteristic” when trying to attract millennials. Yet 40 percent of the mayors acknowledged that a lack of affordable housing is preventing millennials from actually moving in. Indeed, as the Pew Research Center noted, more millennials rent their homes compared with Generation Xers and Boomers and are “significantly less likely to own their home than prior generations of young adults when they were the same age.”

Can You Guess How Much It Costs to Buy a Home In These 27 Cities?

Anonymous comments submitted by mayors in the survey also showed the frustration they feel about millennials allegedly not engaging in civic life. Perhaps it’s not surprising, then, that two-thirds of the mayors said they had not identified millennial leaders in their communities. (Of course, it is possible that millennials are engaging in civic life but they are doing so online, which appears less visible to someone who only perceives in-person activity as civic engagement.)

These Are the Best Cities for Entrepreneurs

In addition to cultural amenities, mayors told Politico that they tout job opportunities, cost of living, location, and good transportation, in that order, when trying to woo younger folks. These are logical calculations; leaders likely think this way because they’ve seen how millennials tend to cluster in cities.

For example, when Livability looked at cities in the U.S. with the highest concentration of millennials ages 25 to 34 (who likely are out of school and are living in a given location by choice), places like San Francisco, Washington, D.C., Denver and Boston came out on top. Other locations with a high-density of millennials included Somerville, Massachusetts and Arlington, Virginia but both of those places are located right outside big cities — Boston and D.C., respectively.

Something interesting happened when Livability zeroed in on places with the highest population of the oldest segment millennials. When looking exclusively at where people ages 30 to 34 live, more suburbs and small cities join the list, including Alexandria, Virginia, and Sunnyvale, California. This would suggest that while the cultural amenities of city life might appeal to millennials in their 20s, at some point, the lifestyle (and price point) of the suburbs starts to appeal more.

As mayors grapple with how to attract (and keep) young residents, it’s important to remember that a lack of affordable housing is a dealbreaker no matter how how “millennial-friendly” a city is in other ways. Do millennials love cool restaurants and Instagram-friendly street art? Yes, but like every generation before them, they also want a safe, comfortable place to call their own.