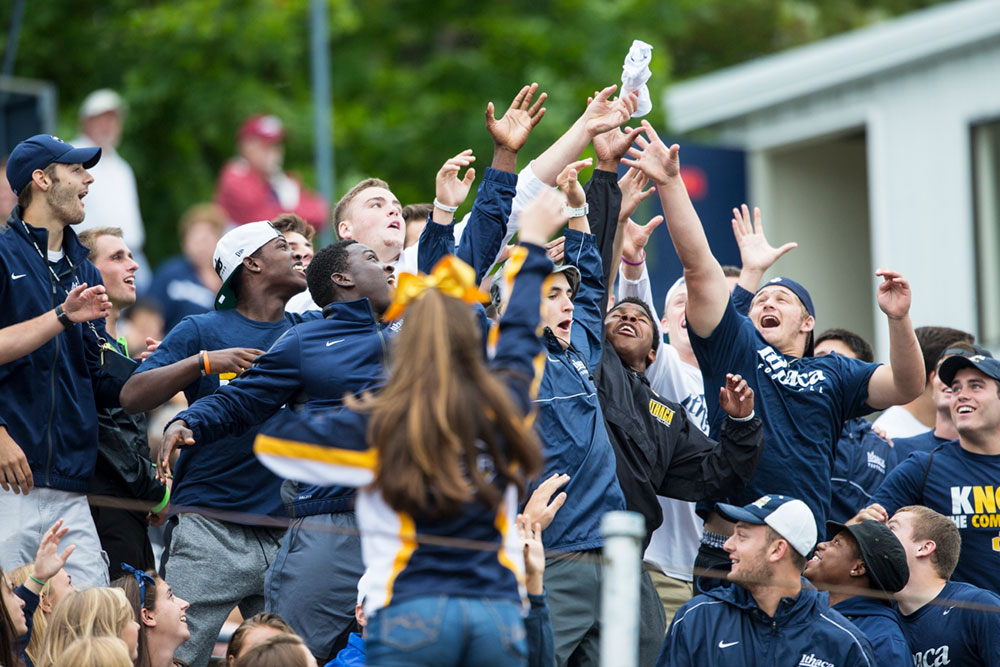 Why It’s a Great Place to Go to College: Perhaps you’ve heard of that little, under-the-radar school called Cornell University? This prestigious private school is a member of the Ivy League and has called Ithaca home since 1865. Every year, more than 23,000 students hit the books at Cornell, where you really can’t go wrong, no matter what major you choose. The school lays claim to 47 Nobel laureates (they’re either alums or faculty members) and has an extremely competitive 10-percent admission rate. Ithaca is also home to Ithaca College, which offers a more intimate experience with roughly 7,000 students. Ithaca College, which was initially founded in 1892 as a music conservatory, now has more than 100 degree programs in five schools.

Why It’s A Great Place to Live (Even If You’re Not a Student): Even if you’re not spending most of your time in the library or the lecture hall, Ithaca is still the place to be in central New York. For starters, it’s a nature-lover’s dream — there are more than 150(!) gorgeous waterfalls nearby, created by glacier-carved gorges thousands of years ago. Plus, it’s located on the southern tip of Cayuga Lake, the longest of the 11 Finger Lakes, which means you can swim, kayak, canoe, paddleboard and fish to your heart’s content. After a day of exploring, the city’s vibrant downtown — known as Ithaca Commons — is the perfect place to grab a local craft beer (we love the Flower Power IPA from Ithaca Beer), do a little shopping or grab a late-night bite to eat. Can you see why Ithaca landed a spot on our 2018 Top 100 Best Places to Live list?

What Sets It Apart From Other College Towns: Though Tompkins County (of which Ithaca is the county seat) has a population of more than 100,000 people, the area maintains a small-town feel, while still offering big city amenities. From outdoor recreation to a great live music scene, Ithaca offers students tons of things to do when they’re not studying.

Tailgating Must-Have: “Beat Cortland” gear for the annual Cortaca weekend, a huge alumni gathering/4-day party centered around the football game between Ithaca College and the State University of New York at Cortland.

Best Local Hangover Cure: Drag yourself out of bed, lace up your walking shoes and take a nice, slow stroll along the 5.5-mile Cayuga Lake Waterfront Trail. Trust us: you’ll feel better after.

Best Place to Grab a Cheap Beer: The Chanticleer

Local Dream Job: Any job (literally) at the Cornell Dairy, an on-campus, licensed dairy plant that processes milk from the school’s herd of cows, supports teaching and research efforts related to dairy products and produces dozens of delicious ice cream flavors you can taste and even take home. (If this tickles your fancy, check out these other university dairies that are whipping up delicious products of their own!)