Skip to content
Home > NY > Ithaca > Where to Live Now > Why Ithaca, NY, Is a Best Place to Live

A strong education system, a high walkability index and low cost of living make Ithaca a great place to live. 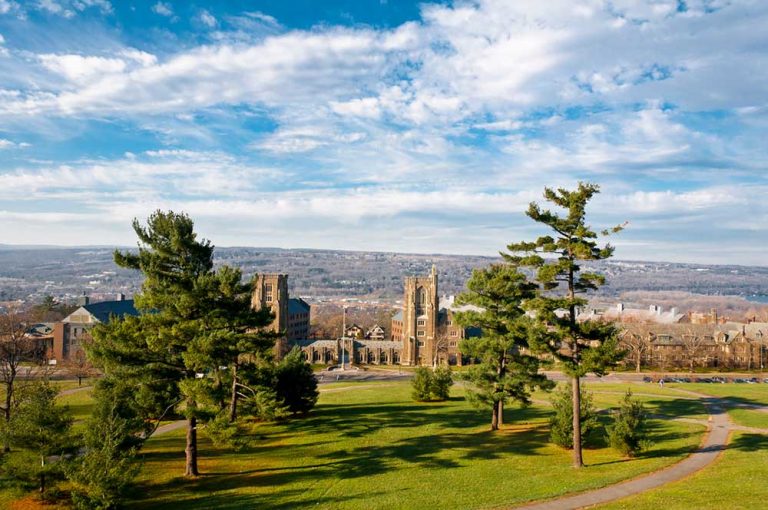 If you’ve ever read the Odyssey, you’d know that Ithaca is the name of the place that Odysseus spends 10 years pining after – though if he had had the opportunity to call Ithaca, NY home, he might’ve tried even harder to get back. After all, Ithaca is well-known to us at Livability.com, earning spots on a lot of our rankings, including the Top 100 Best Places to Live and the Best Places for Entrepreneurs. So what is it that makes living in Ithaca so great?

To get a spot on this list, a city has to be strong all-around, but Ithaca shines particularly brightly in the categories of education and healthcare. For example, for those of you with kids in the K-12 range, Ithaca won’t disappoint. According to GreatSchools, six of Ithaca’s schools rank at a 7 or higher out of 10, which is further reflected in certain key statistics. While the average US school spends a little more than $12,000 per student, Ithaca schools shell out $21,180. There are also many more teachers, librarians, and counsellors per student than the American average.

Ithaca is also home to Ithaca College and the world-famous Cornell University, which draw in huge numbers of students. These schools give the city a youthful vibe and also stoke the local economy. Perhaps it’s not surprising, then, that a third of the entire population is enrolled in school, and that the city has more than double the national average of the number of residents with a bachelor’s degree or higher.

In terms of healthcare, Ithaca is well looked after thanks to the presence of Cayuga Medical Center, which was recognized by the Consumer Value Index as a Top 100 Hospital in 2016. The center, which boasts two outpatient facilities, cares for more than 150,000 people a year, and helps Ithaca have a lower incidence of low birth weight, lower obesity, and a higher number of physicians per capita than the American average.

This healthcare is further augmented by the opportunities that living in such a natural wonderland offer – it has more than 150 waterfalls and is right near Buttermilk Falls State Park and Cayuga Lake, after all! While it’s probably not shocking that Ithaca has higher air and water quality than the average city, it may be surprising to learn how walkable it is. In fact, more than 40% of the population walks to work on a daily basis, and the average resident can walk to seven restaurants, bars, and coffee shops in five minutes, according to WalkScore.

Reasons to Live in Ithaca, NY

The mayor of Ithaca, Svante Myrick – who, incidentally, was named as one of Forbes’ 30 Under 30 in 2017 for his work as mayor – took time out of his busy schedule to boast a bit about what else makes Ithaca wonderful.

“Ithaca is known worldwide as a great place to learn – but it is also an incredible place to live and work,â€ Mayor Myrick told Livability by email.

“Every day the people who live in Ithaca could walk to work alongside a waterfall, choose from an outstanding number of world class restaurants for dinner, or take in a show at one of four local theaters. All while surrounded by inclusive and progressive neighbors who are working to make our city a better place.â€