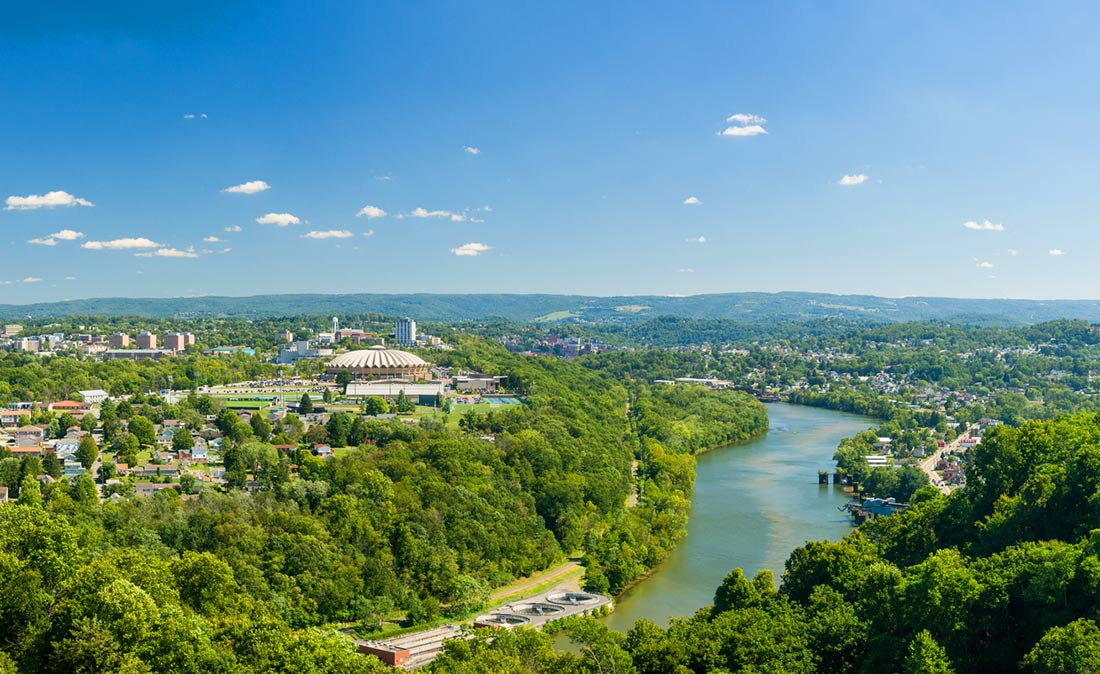 Situated along the banks of the Monongahela River, Morgantown is West Virginia’s third largest city, thanks in part to the fact that it’s the home of West Virginia University. While real estate in Morgantown is priced a bit higher than other cities on the list ($171,723 is the median home value, which is still well below the national average), the city makes up for it in other areas. Morgantown’s healthcare, transportation and entertainment spending are the lowest of the ten places on this list.

Even more enticing, though? Morgantown has the highest LivScore of all 10 places: proof that the quality of life here is priceless.

These Are the Best Places to Live in West Virginia

So, what makes Morgantown so livable? Well, rent is well below the national median, at $699, and the unemployment rate (3.4%) is also below the American average (4.1%). This is also likely helped by the presence of WVU – colleges and universities draw in a well-educated population (nearly a quarter of the city has a postgraduate degree), which draw in more businesses and jobs. Morgantown’s residents are healthier than average, too: Monongalia County ranks third in the entire state for health outcomes and health factors.

Why Is Life in West Virginia So Good? Find Out Here

There are also plenty of fun things to do in the city, including the Art Museum of WVU, which has two galleries occupying nearly 5,500 square feet of exhibit space. The West Virginia Botanic Garden and the Earl L. Core Arboretum will enthrall nature lovers. Meanwhile, kids will adore the Children’s Discovery Museum of West Virginia, which features plenty of hands-on science exhibits. WVU also offers sports lovers a chance to cheer on their teams (notably football and basketball) as well as their marching band.