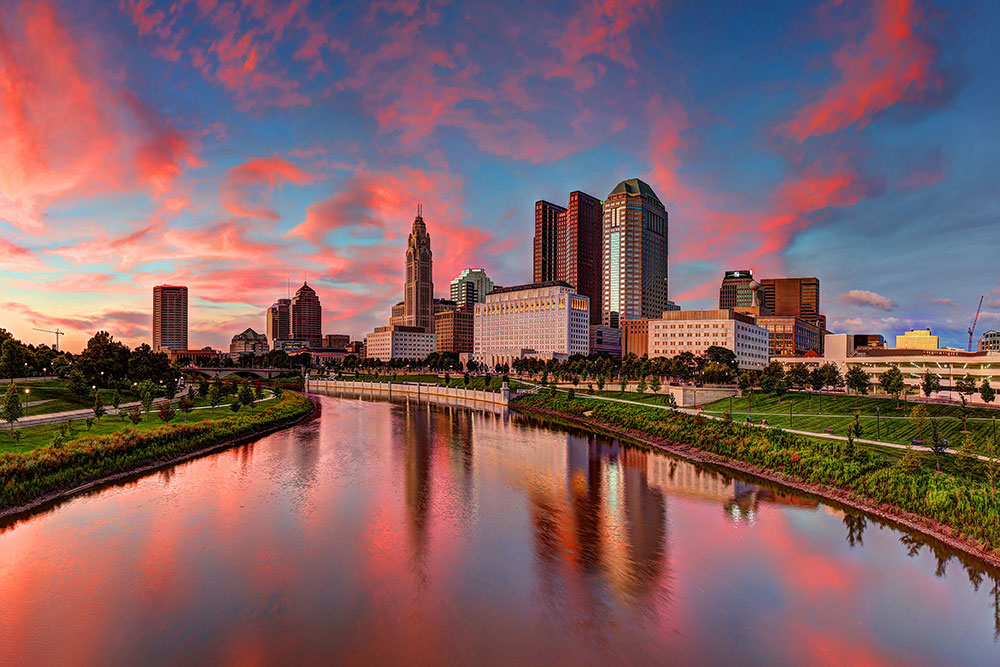 Columbus is quickly becoming one of the most popular cities for millennials thanks to its ample job opportunities, affordability and, of course, access to a great education at The Ohio State University.

Columbus earned a spot on our top 100 Best Places to Live list because of its abundance of amenities that make the city both livable and tourist-worthy, such as the Franklin Park Conservatory and Botanical Gardens, the Columbus Museum of Art, a burgeoning culinary scene and all of the shopping your heart would ever desire. This capital city also got major points for its infrastructure — most specifically for its walkability within its neighborhoods like the Short North, German Village and downtown Columbus.

So, whether you landed here during college or long afterwards, one thing is clear: Columbus is a great place to set down roots.

Local Obsession: Look, we’re not saying that if you don’t love the Buckeyes that you shouldn’t live in Columbus — but it’s clear that Columbus is (rightfully) crazy about their eight-time national championship winning college football team.

Climate Described in 6 Words of Less: Lovely summers, but brace for winter

Top Industries and Employers: The top industries in Columbus are education, government and healthcare because it’s home to a major university as well as the state capital. The top employers for the city are The Ohio State University, the State of Ohio and Ohio Health.

Local Dream Job: A technical designer for Express — or at one of the many clothing companies that is headquartered in Columbus such as Victoria’s Secret, Lane Bryant, Abercrombie & Fitch, Homage and Justice

Quintessential Meal: We would never encourage anyone to eat ice cream for dinner, but if we did, it would be at Jeni’s Splendid Ice Creams, which has been a Columbus staple since 2002. Founder Jeni Britton Bauer was ahead of the game when she ditched synthetic flavors for real, whole ingredients from grass-pastured cows, resulting in a supremely delicious (and addictive) treat.

Favorite Weekend Activity: During the weekends from May to October, you can expect to find all of Columbus at North Market, a historic public market started in 1876. This is a typical city farmer’s market on steroids — with fresh fruits and veggies plus wine, beer, gifts, cookware and unbelievably beautiful flowers.

After-Work Meetup Spot: You had us at $1 Grilled Cheese Monday, Bodega. Bodega is a lively gastropub in the Short North neighborhood that has great pub food, 47 taps and 150 beers. And did we mention the $1 grilled cheese on Mondays? Yeah, it’s a thing.

Best Brewery: Ohio never has a shortage of great brews, but Seventh Son is a Columbus favorite, known most for its strong and tasty Humulus Nimbus pale ale.

Beloved Bookstore: The Book Loft in German Village, a historic Bavarian neighborhood near downtown, has 32 rooms of books, half a million books and is open until 11 p.m., perfect for the literary lover who would rather dig through the shelves than hang out at a noisy bar.

Free Way to Have Fun: Take a stroll through Topiary Park, a popular place for tourists and locals alike to gawk at the intricate and gorgeous topiary sculptures — and maybe document it on an Instagram story or two.

Truly Hidden Gem: Have an affinity for comics or cartoons? Nestled in the Ohio State campus is the Billy Ireland Cartoon Library & Museum, the world’s largest collection of materials related to cartoons and comics.

Why Columbus is the Perfect Place for Creatives and Makers

Things To Do in Columbus, OH