Think you need to go to New York or Tokyo to try the food hall trend? Think again! New food halls are popping up in small cities all over the country. 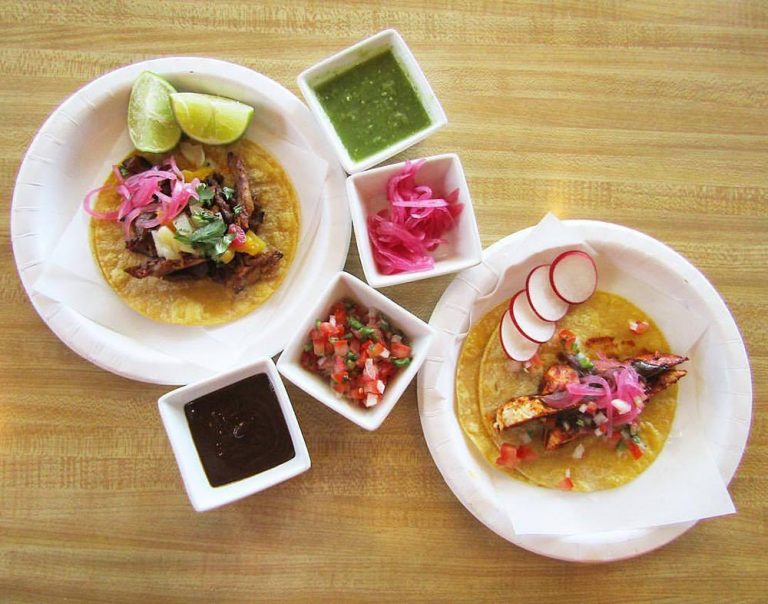 While the food hall movement may have started stateside in New York, it has now swept across the United States. With the first projects such as Eataly and chef Todd English’s Plaza Food Hall launching in New York in 2010, food halls are now in the works in smaller cities ranging from St. Paul to Wilmington.

Food halls are a modern take on the traditional European indoor market such as Harrod’s in London, and became popular in Asia before the current trend took off in the United States. This casual dining model is even being adopted in sports stadiums and airports, with one scheduled to open at SFO in summer 2018. Many food halls repurpose former industrial spaces or local architectural icons, while others are mixed-use developments.

7 Abandoned Malls That Were Transformed into Something New

In the same vein as food trucks, they offer small restaurants an alternative to an expensive brick and mortar location and consumers a range of high quality, affordable choices, often with communal seating. They also tap into millennials’ growing interest in locally sourced, authentic food.

Given the exponential growth of food halls over the last few years, commercial real estate firm Cushman & Wakefield predicts that there may be as many as 200 major projects throughout the United States by 2019.

Here are four mouthwatering options due to open in 2018 (and one that just opened its doors in Texas at the end of 2017):

The beer will once again be flowing at the new Keg and Case Market at St. Paul’s historic Schmidt Brewery, which first opened in 1855. One of the first restaurateurs to take up residence in the revitalized brewery is Clutch Brewing Company, who will join 40 other vendors including Hola Arepa, Five Watt Coffee and Sweet Science Ice Cream. In the winter, the developers plan to turn the space into a holiday market with a skating rink. Follow the Keg and Case Facebook page for the latest news on the Twin Cities’ next food hall.

Legacy Food Hall didn’t quite make the 2018 cut off, but it’s close enough to count. The Dallas suburb of Plano got its first food hall in November 2017. The project features 22 vendors, including a fried chick shack from “Top Chef” star Tiffany Derry, and an entertainment venue and bar. Other cuisine on offer is Vietnamese, German brats, and sweet and savory waffles. All of the restaurants here are cashless, so make sure to bring your Visa.

The Morgan Street Food Hall and Market is coming to Raleigh’s downtown warehouse district. Morgan Street will be home to more than 60 different food stalls, including new locations of several local restaurants as well as newcomers such as seafood food truck Cousins Maine Lobster. Several other new food halls are also in the works in the Raleigh-Durham area, including Transfer Co. Olde East and Durham Food Hall.

Parlez-Vous Raleigh? 6 Raleigh Restaurants That Will Make You Think You’re in France

The Delaware Collective, also known as DE.CO, is slated to open at the end of 2018 in downtown Wilmington. It will be housed in the historic DuPont building, originally opened in 1923 and currently undergoing a $150 million redevelopment. The 12,000-square-foot hall will feature eight kitchens, a communal eating space and an atrium bar. The project is being developed by The Buccini/Pollin Group and Seawall, the development company behind R. House, a food hall in Baltimore.

The Ohio capital will soon get its first food hall in the 102-year-old Budd Dairy building as part of the Italian Village development near downtown Columbus. The project will feature eight to ten “artisan restaurant operators,” according to the developer. Patrons visiting the 14,000-square-foot Budd Dairy Food Hall can enjoy a rooftop deck, community seating and a live stage. The developers have yet to announce the chefs that will join Columbus’ newest culinary adventure, but stay tuned — and most importantly, stay hungry.