Skip to content
Home > CA > Experiences & Adventures > Why You Should Move to California: A Local’s Take

As if you need another reason besides the weather, the outdoors, the economy, and In-N-Out Burger. 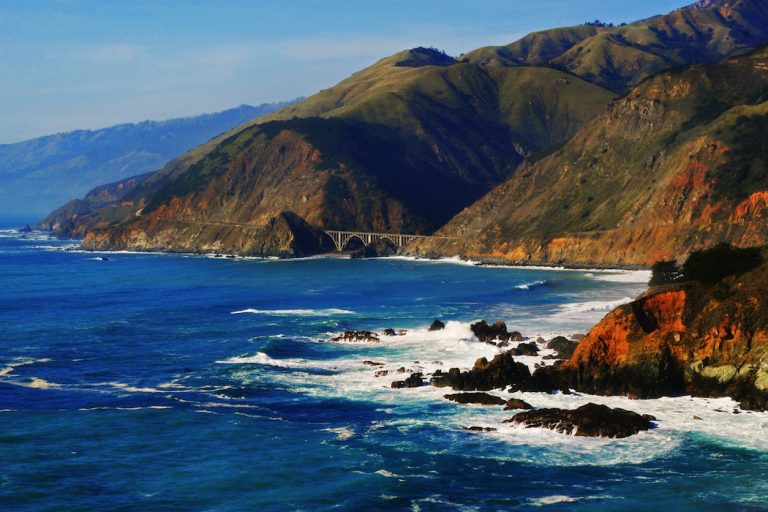 There’s a reason why California and its many lovely cities often make our Top 10 lists, and our coveted 100 Best Places to Live list: Because it’s incredible in so many ways. Whether it’s the history, the weather, the culture, the food, the outdoor activities, the beach, the Golden State offers basically everything you could ever want. And if you need more reasons to pack up and head there, we asked a resident Californian to elaborate. This is what she had to say:

Home to the Beach Boys, Baywatch, and the Real Housewives. Where everyone is blonde, tan, fit, everyone surfs, and celebrities are strolling down Sunset Boulevard. Wait! California is more than the stereotypical Hollywood creation. The real California is the eighth largest economy in the WORLD. It is a state of extreme physical and natural beauty, with the second highest mountain, the second deepest lake, and the bounty of the Central Valley. It has the top agricultural producing region in the U.S. It is the most populous state, with 38.8 million residents that enjoy all that California has to offer.

What better reason do you need to move to California than the more than 300 days of sunshine per year. In other words, no blizzards, no snow plows, and no tornadoes. Californians have no idea what galoshes are and their winter coats don’t carry a sub-zero warmth rating. The great weather leads to a healthier lifestyle because of the ability to get out and play almost every day of the year. Californians are happier and healthier because they are outside jogging, biking, hiking, surfing, gardening, golfing, and playing tennis.

California is home to several stunning, diverse national parks such as Yosemite, Sequoia/Kings Canyon, Redwoods, Lassen, and Death Valley. Your playground will be the mountains, the deserts, and the beaches, and yes, it’s possible to snow ski, golf, and surf all in the same day. State parks abound, providing opportunities for camping and relaxing in beautiful natural surroundings.

California will keep you entertained with amusement parks like Disneyland, Knotts Berry Farm, Sea World, Legoland, and Universal Studios. You’ll have access to world-class zoos and aquariums, as well as top notch museums.  Enjoy year-round outdoor festivals, farmer’s markets with their bounty of locally grown organic produce, and outdoor concerts at the Hollywood Bowl, or maybe Coachella is more your vibe.

California is the 8th largest economy in the world. The Silicon Valley has given birth to social media giants such as Google, Apple, Facebook, and Twitter. California is a leader in clean tech venture capital investment, creating jobs in the solar industry, clean water, and renewable energy sources. California leads the nation in terms of having the most diverse economy with a gross state product of $2 trillion generated by agriculture, tourism, entertainment and industrial activity. Creatively, actors, screenwriters, musicians, and comedians are drawn to the entertainment industry as they chase their dreams.

California is blessed with two of the largest, most diverse, metropolitan areas in the nation with Los Angeles in southern California and San Francisco in northern California. In either city, you’ll find world class restaurants, museums, and attractions. Ethnic restaurants abound, thanks to California being the most racially diverse state in the nation. You can drive to Vegas, fly to Cabo San Lucas, take your boat to The River, enjoy a cruise south to Ensenada from L.A. or travel north on a California Coastal cruise from San Francisco. Wine taste your way through the Napa Valley or drive the dramatic coastline of Big Sur. Enjoy challenging golf courses and scenic resorts and spas.

From luxury boxes to the nose-bleed section in the bleachers, you can keep the grill fired up all year long, tailgating from one professional sports team to the next. Bring out the rally flags, plunk down in a chair with your favorite IPA, chow down on some burgers, but don’t forget the SPF 30. We’ve got 80 degree weather in November and suntans in April. You’ve got your Angels, Dodgers, Padres, Giants, and Athletics. Prefer the pigskin?  Cheer on the Chargers, Raiders, 49ers, and say welcome back to the L.A. Rams. Prefer a game filled with body checks and tooth spillage? Go Ducks, Kings, and Sharks. Maybe in the dead of winter when the temperature plunges into the low 60s, you might be more comfortable in an indoor arena watching hook shots and slam dunks from the Lakers, Clippers, Warriors, and Kings.

10 Bucket List Things You Have to Do in California