8 Reasons to Move to Irvine, CA

Sunny community offers plenty of reasons why you should move there. 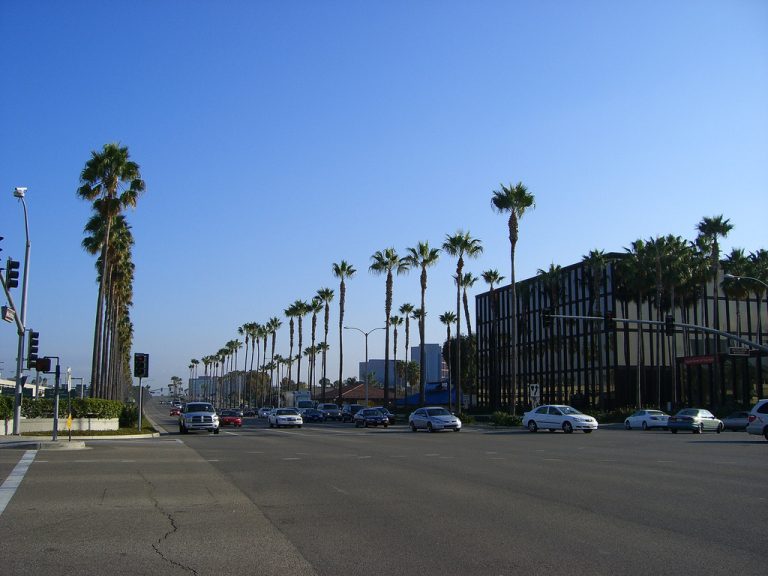 courtesy of Aaron Gustafson under a CC 4.0 license.

Irvine, CA is located in sunny Orange County and is one of the wealthiest and safest cities in America. Livability has consistently ranked Irvine as one of the Best Places to Live for three straight years in a row. The economy in Irvine is strong, sustained by technology, higher-education institutions and a host of semiconductor companies. Irvine is a city firing on all cylinders with so many reasons to move to this great community, including a steady job market, warm weather, beautiful scenery, safety and education, to name a few.

Irvine boasts 15,000 companies within its city limits including corporate headquarters and international businesses. The two major business centers – Irvine Business Complex and Irvine Spectrum – account for more than 150,000 jobs. Irvine recently opened a space for entrepreneurs and startups called, “The Vine,” which includes more than 63,000 square feet of office space and is adjacent to the University of California, Irvine.

The Average Temperature is 71 Degrees

Yes, that’s right. The average temperature in August is 71 degrees and the low in January is only 56 degrees. The area typically receives 10-13 inches of rainfall per year, which means a lot of opportunities to get outside and enjoy what the sunny city has to offer! Irvine has more than 16,000 acres of parks, as well as dedicated open space. It’s also home to the Orange County Great Park.

Traffic in California is usually the worst. In Irvine, traffic is pretty much non-existent thanks to The Traffic Research and Control Center and camera and censors put in place to help manage traffic flow. The traffic lights are adjusted according to the amount of vehicles during any given time.

It’s One of the Greenest Cities in America

Irvine has received national recognition for its long-standing commitment to environmental stewardships across natural resources, open space preservation and protecting the environment. Some of its notable “green” projects include a 20-year energy plan which is designed to increase the use of renewable energy and reduce greenhouse gas emissions throughout the city, as well as a zero waste resolution to eliminate waste and pollution.

The 7 Best Things to Do in Irvine, CA

Top-Notch Education from Kindergarten to College

It’s no secret that Irvine is a destination for education, especially when you’re talking about a college education. Irvine is home to the University of California, Irvine Valley College, Concordia University, satellite campuses of Pepperdine University, University of Southern California and Webster University, to name a few. Aside from universities, Irvine’s public schools consistently rank among the best in California. Irvine students lead Orange County in SAT scores and nearly 97 percent of high school graduates attend college. Livability named Irvine one of the 10 Best College Towns in 2016.

It’s One of the Safest Cities in America

For 11 years straight, Irvine has ranked as the Lowest Violent Crime Rate in America according to FBI statistics for cities with more than 100,000 residents.

Food in California just tastes fresher, doesn’t it? In Irvine it’s no different as it makes farm-to-table dining a staple in its great city. Check out local gems such as Bistango, BCD Tofu House, Houston’s or 85 Bakery Café – and, maybe a Karma Burger to top it all off? Due to Irvine’s international community, it offers a wide array of global cuisine with food from Vietnam to Chile, to India and Thailand.

Did you know St. John Knits is Irvine’s very own fashion company? This designer brand has been endorsed by none other than the glamorous Angelina Jolie and Gisele Bündchen. In addition to fashion fame, Irvine has a handful of major shopping areas including the most popular: Irvine Spectrum Center. At Irvine Spectrum Center, you can find 120 stores and if you get bored with shopping, you can always ride the three-story ferris wheel for a change of pace. You’ll also find Bloomingdale’s, Brandy Melville and an onsite improv comedy club to boot.