The weather, the beaches, the incredible food scene ... we could go on. 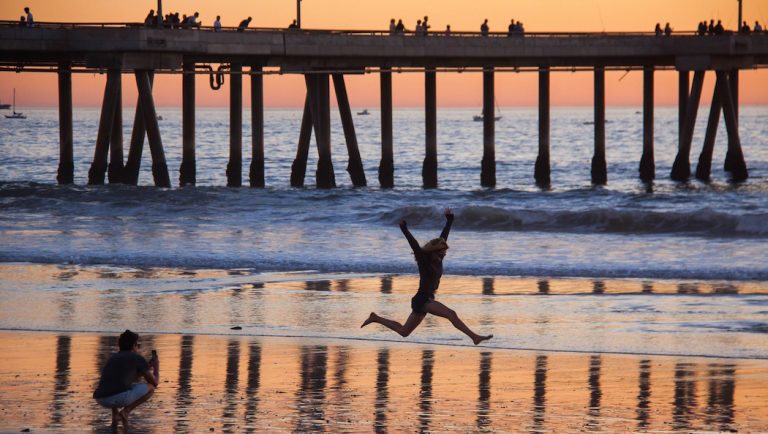 Los Angeles / Courtesy of Chris Goldberg under a CC 4.0 license.

Sojourners have sojourned to this great West Coast city since its inception, and all for their own agenda. That’s the thing, of course. There are too many reasons to move to Los Angeles. The food, the people, the fact that it’s L.A. Here are some perhaps obvious and not-so-obvious reasons why you (yes, you) should move to Los Angeles, California.

Whatever the meteorological definition of paradise is, that’s L.A. There may be rain a handful of times a year and it can get toasty, but the weather is what brought the film studios so many years ago, and it’s what keeps people from leaving. Situated right on the beach and below a range of mountains, the city boasts a lovely Mediterranean climate.

11 Things To Do in Los Angeles

Los Angeles, the second largest city in the U.S., has no shortage of things to do. A local gives us the low-down on what to see and do in the City of Angels.

Right on the Pacific Coast and about two hours from San Diego and the Mexican border, L.A. is influenced heavily by its Latino neighbors as much as its Asian neighbors to the west. This cross-culture influence continues into cuisine, style, and overall sensibility. Basically, you can order pretty much any kind of food and it’s authentic. Which brings us to the next reason:

Where else can you eat authentic breakfast burritos, Korean barbecue and ramen, all in one day? The food truck culture is prominent here. For the more civilized eater, Los Angeles is replete with dining establishments like The Ivy and BOA Steakhouse. Or for dessert, Sprinkles Cupcakes. They have a Cupcake ATM, just saying.

Artists flock by the droves and embellish the streets with beauty, from murals to architecturally innovative buildings. You’ve got your pick of the galleries in Santa Monica, Abbot Kinney or downtown. There’s something for the art lover in all of us and plenty of world-class museums to keep one occupied.

L.A. is a spectator’s paradise. You can choose a local band rocking out at storied club The Troubadour, or an independent movie at the Vista Theater in Los Feliz, or if you want to see some celebrities in a live performance, check out the Center Theater Group at any of its locations.

We asked an L.A. local to walk new residents through the most important things to know when living in Tinsel Town.

We’ve mentioned the weather, but the fact that in L.A. you can go swimming on the beach and skiing in the mountains in roughly the same day is reason enough to move. A friend of ours has actually tried this and, although the water was cool, it proved to be doable when the peaks were white enough.

Los Angeles is teeming with some of the most brilliant people in the world. Artists who, tired of the daily grind of New York or the wind chill of Chicago, move to L.A. in hope to pursue or continue pursuing their dreams, like Quentin Tarantino spending his off time showing old films at his New Beverly Cinema or Chris Rock showing up unannounced at the Comedy Store to do a quick set. Then you’ve got world-class institutions like UCLA and the University of Southern California, each with a seemingly never-ending list of brilliant faculty. The only mind they’re probably missing? Yours.