We all know it's the tech capital of the world, but Halloween? Might just have to consider it. 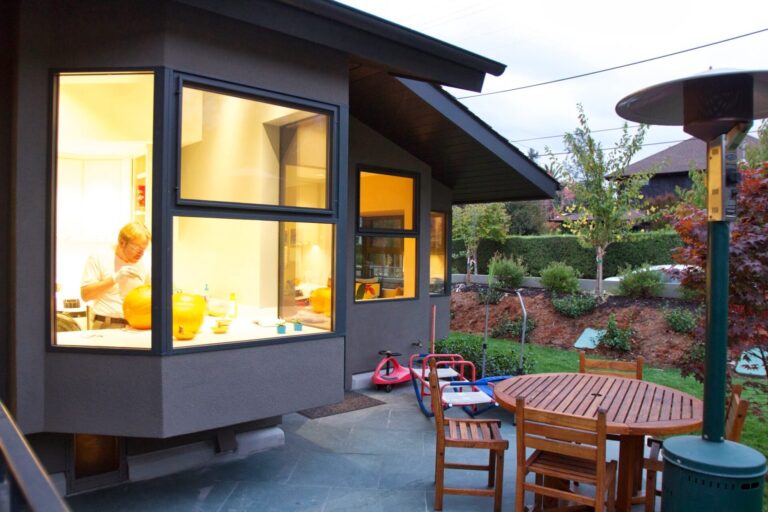 Allen Akin is concentrating hard, blade in hand. He studies his subject as he transfers a design, cut-by-cut to the first of three pumpkins on the table in front of him. This pumpkin will sport a biohazard logo that is sketched out neatly on a piece of paper set beside it. Two other pumpkins await their turn under the knife.

Throughout the city, elaborate haunted houses have sprung up with orange and purple lights, inflatable black cats and bats. Headstones pop out of the sprinkler-watered and gardener-maintained lawns.

Palo Alto Named the Best Place to Live in America

Akin moved here for a girl – now his wife. Employment, the software engineer says, was easier to find than girlfriends so he packed up and headed west. They now live with their daughters and dachshunds several blocks from the hobbit-like structure the late Apple co-founder Steve Jobs called home. Traditionally, Jobs’ home would feature the elaborate pumpkins carved by Apple’s engineers. On the big night, the costumed Jobs would pass out candy himself for the neighbors who trick-or-treated in this popular neighborhood. Residents say that the trick-or-treating would essentially close down streets in the area – a family-packed district not far from one of the town’s neighborhood elementary schools.

Now, the pumpkin carving mantle seems to have passed on to Yahoo CEO Marissa Mayer. Uptown a ways, she has laid out an unbeatable set of pumpkins – including what I’m told was the third-largest ever grown weighing in at nearly 1 ton. You don’t trust that kind of pumpkin to just anyone, and a specialist was brought in from Rhode Island to do the carving.

For Akin, his display will be a little more human-scale. He says the real biohazard isn’t the pumpkin but peanut butter cups. "They’ll get my arteries in the end."

Akin was kind enough to open his door to a stranger. Seeing him carving in the window, lit by the warm glow of sunset, I had to pull a U-turn and ring the bell to ask permission for some photos. The bell was answered by excited barking dogs and an equally excited young girl in a ballerina outfit. She waited behind a large opaque window for dad to open the door, and when I introduced and explained myself he peeled off one of his rubber gloves (for pumpkin gutting), shook my hand, and told me a bit about why he relocated here and what he loves about it.

For the most part, Palo Alto was very welcoming of a stranger among them. It’s a quiet, safe place. Even a guy with a note pad and camera isn’t particularly threatening. The "no-comments" I did get were polite, too.