Facing a serious shortage of skilled workers, one construction company is taking matters into their own hands. 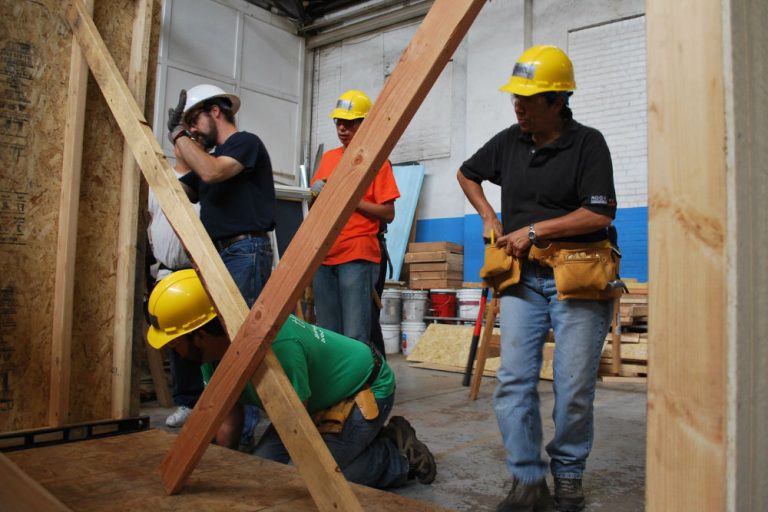 Imagine, for a moment, the type of jobs today’s young people would dream about. Building a website, marketing an app, exploring new technologies — whatever they’re making, it’s probably a virtual product created on a computer, right?

This is exactly what worries the construction industry. A survey of 18- to 25-year-olds by the National Association of Home Builders (NAHB) found that only 3 percent are interested in a career in construction. As the housing boom continues and construction workers age out of the workforce, there is a serious concern that their jobs requiring skilled labor are not being filled by young folks.

In an effort to combat this trend, the construction industry in Colorado has done something unique: It is teaching people basic construction skills — and doing it for free.

Why Colorado Should Be the Next Place You Live and Work

As CNBC reported, in January 2017 the company funded entry-level construction classes in a non-profit program called the Colorado Homebuilding Academy. The Academy is a partnership between Oakwood Homes, a homebuilding company in Colorado and Utah; Home Builders Association of Metro Denver, which connects students to industry employers; Precision Building Systems, which provides training and administrative space; and the University of Denver – Franklin L. Burns School of Real Estate and Construction Management.

Denver Just Made Green Roofs a Legal Requirement — Will Other Cities Follow?

Currently, Academy students can take several courses which could lead to paid jobs, ideally based on connections they already made in class.

A post shared by Colorado Homebuilding Academy (@co_homebuilding_academy) on Aug 31, 2016 at 9:48am PDT

Construction Skills Bootcamp is an eight-week-long course with classes two days a week. Class subjects are broken down on the bootcamp’s website. A basic safety lesson will teach about jobsite protective equipment, basic first aid and proper ladder setup. A lesson on blueprint reading will teach students terms, symbols and types of lines found on blueprints. Other lessons teach common math formulas used in the construction industry and how to safely use hand and power tools.

After successfully graduating from the bootcamp, students are ready for an entry-level job. They’ll have an OSHA-10 certification (which is important, as Occupational Safety and Health standards mean certain construction jobs require certification), Home Builders Institute Pre-Apprenticeship Certificate Training (PACT) Core Certification, and a set of power tools — all thanks to the program.

A second course is called Basics in Concrete Construction and meets two days a week over three weeks, with online coursework outside of class. According to their website, classes include lessons on measuring, cutting and bending re-bar; mixing, pouring and finishing concrete; and basic safety.

A post shared by Colorado Homebuilding Academy (@co_homebuilding_academy) on Apr 27, 2016 at 1:28pm PDT

The Academy’s website says it soon hopes to offer a four- to nine-month-long course to become a residential field superintendent, which is a management position and higher-paying.

These Are the Best Housing Markets in America

Students of any age are welcome in these courses, to be clear. But one of the goals is to show young adults that a vocational trade is stable career, even if it is not as trendy as, say, building apps. According to current data from U.S. News & World Reports, the median salary for construction work is $31,910, although salaries increase significantly in metropolitan areas. Specialized training in construction, such as stonemasonry, also commands a higher salary.

Speaking to CNBC, Academy director Michael Smith said of millennials, “I wish we had them banging down the door. We don’t. When we’re working with the younger generation, it’s tougher because there are not a lot of people looking at a job in the trades as their first career.” (The NAHB survey of 18- to 25-year-old noted the most popular fields being considered were management/business; IT/technology; medical; marketing and media.)

The Academy said it hopes to graduate 90 students this first year — a drop in the bucket, considering how a 2017 Colorado Construction Industry Economic Impact Study projects a 38% increase in new jobs over current employment levels by 2025.

Still, when those jobs are available down the line, at least some Colorado citizens will be ready for them!